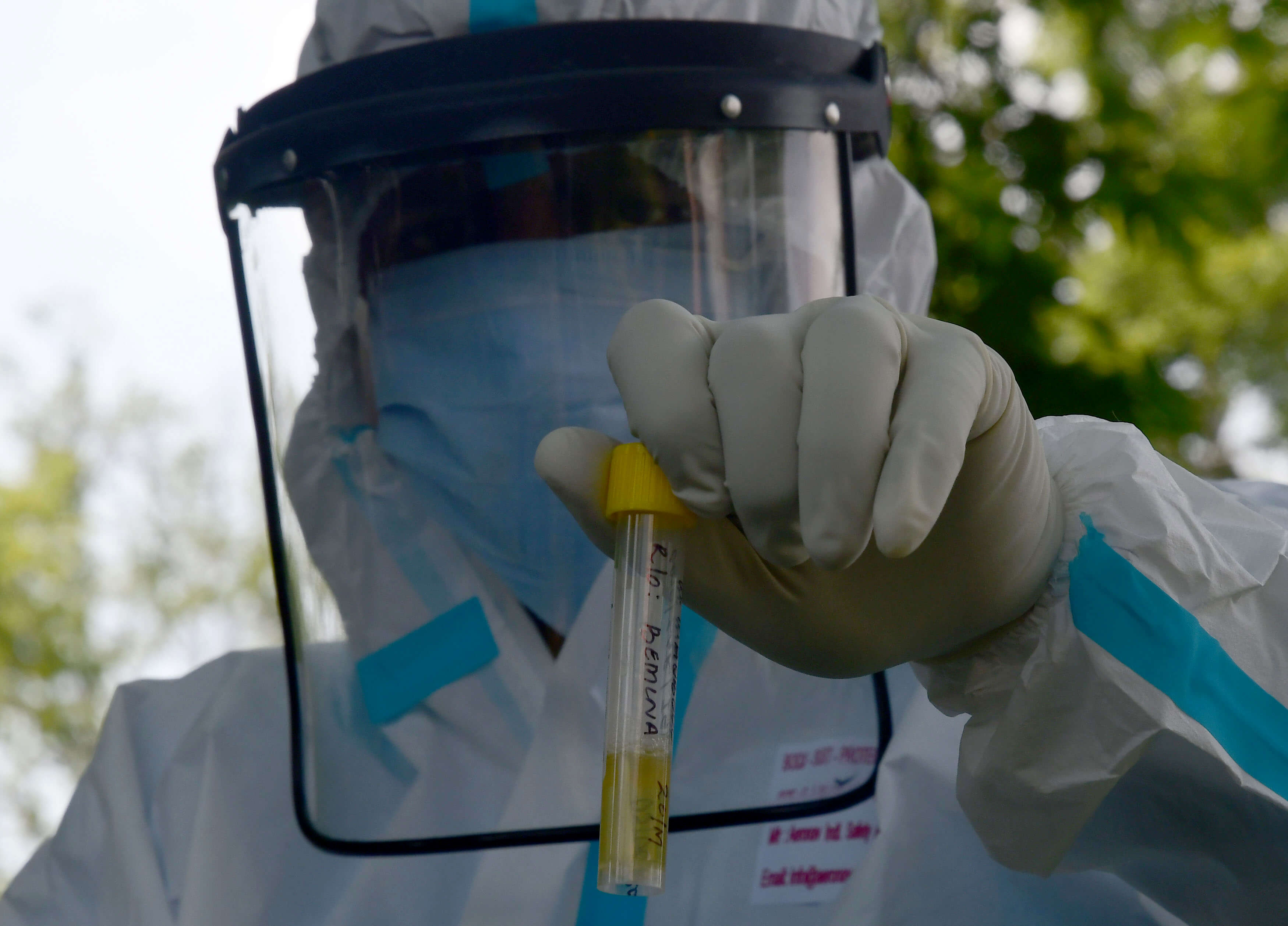 “..India today is free but she has not achieved unity. At one moment it almost seemed as if in the very act of liberation, she would fall back into the chaos of separate States which preceded the British conquest. But, fortunately, it now seems probable that this danger will be averted and a large and powerful, though not yet a complete union will be established.” was the message Sri Aurobindo released on 15 August 1947, on the occasion of India’s Independence Day through All India Radio.

Perhaps, history does repeat itself as the good doctor at Fortis Vasant Kunj, Delhi will testify – he had to postpone a cancer patient’s pressing surgery at the risk of all the medical progress of his patient coming undone due to an unexpected delay. This is just one of the footnotes of circa 2020, where State after State in India sealed their borders on the premise that it will stop influx of citizens of India living in the other State and stop the spread of the Coronavirus. It has been an open blame game played by States sharing borders with each other. For instance, neighbouring States of Delhi have blamed citizens of India living in Delhi or going to work in Delhi for carrying the contagion to their State and have stopped inter-state movement of both goods and people except under very stringent conditions. Even essential service providers such as doctors, policemen, caregivers, central government employees and those exempt under the Central Government notifications issued from time to time have been turned away while entering from Delhi or restrained from entering Delhi. Delhi’s neighbours have conveniently chosen to ignore the benefits they have reaped in happier times by having parts of their territory included in the National Capital Region.

Coupled with this is the simultaneous mass movement of migrant labour who have been compelled to trek back to their native villages to save themselves from further economic destitution and starvation. Various State Governments have prevailed on the Central Government to permit the movement back of migrant labour to their native villages in view of political and social compulsions. Some State Governments have attempted to stall this mass migration forcibly so that migrant labour can be utilised for work in their State, even though this is against the wishes of the migrant labour. All this has severely disrupted economic activity and led to large scale socio-economic unrest putting to rest the Centre’s best laid plans for a graded exit from the nationwide lockdown.

It is surprising that States have chosen to seal their borders, disregarding the circulars and directives of the Centre permitting movement of men and materials to maintain public health and economic activity throughout the country. While the Centre tries to ensure that the economic unity of the country remains intact, job losses are minimized, and essential service providers are able to commute to work, the State Governments by sealing their borders render these efforts meaningless. Such actions by the various States do not augur well when all economic indicators are bleak, economic growth is forecast as negative, and independent India is facing its worst economic crisis.

While it may be correct to state that the State under Article 304(b) of the Constitution is empowered to impose reasonable restrictions in “public interest”, however, the State which has imposed a sealing of its borders, would have to satisfy that the total prohibition by it contrary to Central Government directives amounts only to regulation of the trade in such goods or articles or that even if it was a restriction, it was reasonable. Would such a measure be “reasonable” since the same has been taken to minimise the spread of the corona virus? Importantly, would it be permissible by way of unilateral executive instructions issued under loosely worded residual sections of The Epidemic Diseases Act, 1897 and Disaster Management Act, 2005?

A Constitution Bench of the Supreme Court in State of Mysore v. H. Sanjeeviah AIR 1967 SC 1189 while examining the validity of the rule whereby the State Government prohibited the transportation of forest produce between sunset and sunrise observed that the power which the State Government may exercise is, the power to “regulate” transport of forest produce, and not the power to “prohibit” or restrict transport. A provision that totally prohibited the movement of forest produce during the period between sunset and sunrise, would be considered to be prohibitory or restrictive of the right to transport forest produce and the Court accordingly held such a restrictive measure to be infringing the guarantee under Article 301 on the freedom of trade, commerce and intercourse.

The Supreme Court while interpreting Articles 19, 301 to 304 of the Constitution, reinforcing the vision of the founding fathers of India of economic and territorial integrity, in the case of State of Tamil Nadu v. M/s Sanjeetha Trading Co. and Ors. (1993) 1 SCC 236 observed:

“…Sometimes it is being said that many artificial barriers on movement of produce of a particular State are being contemplated or imposed only on the consideration of “My-State-My-people”. This will only amount to the protection of regional interests for political end and not of public interest…..”

Sealing of borders by individual states against each other, are clearly measures that infringe the Constitutional guarantee of freedom of trade, commerce and intercourse throughout the territory of India. These sealing measures are also a disservice to the Central Government, which after much thought has issued appropriate guidelines spelling out clearly that inter-state movement of men and materials is permitted in accordance with well-defined stipulations.

In fact, Hon’ble Justice D.Y. Chandrachud in his opinion in the decision rendered in Jindal Stainless Ltd. v. State of Haryana (2017) 12 SCC 1, observed that the constitutional limitation imposed by Article 304(b) enables the Legislature of a State to impose by law reasonable restrictions as may be required in the public interest on the freedom of trade, commerce or intercourse with or within that State. However, this power of the State to do so is, conditioned by three limitations: the first is that the restriction must be reasonable; the second is that the restriction should be required in the public interest; and the third which is spelt out in the proviso, is that the Bill or an amendment for the purpose of clause (b) shall not be introduced or moved in the Legislature of a State without the previous sanction of the President.

Unilateral sealing of borders would fall foul of each of these tests, being contrary to national economic, political and social interest. It also undermines the Centre’s efforts to restore business confidence and restart economic activity, and is directly contrary to the guidelines issued by the Central Government in exercise of its executive powers. Therefore, a balance ought to be maintained between the freedoms guaranteed under the Constitution and the need to regulate the public interest at a regional and national level.

The ideal situation is best summarized in the words of the United States Supreme Court in Charles H. Baldwin v. G.A.F. Seelig, Inc 294 US 511 while dealing with the commerce clause in the American Constitution, wherein Cardozo, J. observed:

“This part of the Constitution was framed under the dominion of a political philosophy less parochial in range. It was framed upon the theory that the peoples of the several States must sink or swim together and that in the long run prosperity and salvation are in union and not division.”

Thus, the States must realize the vision of our founding fathers – we the citizens of India, residents of various States must swim together as in the long run prosperity and salvation are in union and not division. Our attempt at a Second Partition must be stopped.