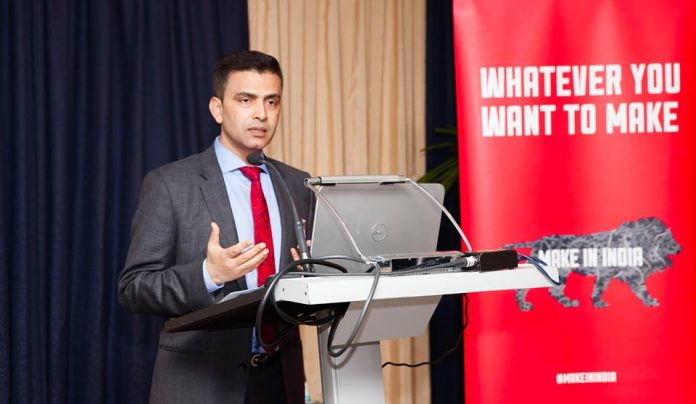 Raveesh Kumar, an officer of the Indian Foreign Service, has been appointed as India’s next Ambassador to Finland.

It was NewsMobile that had earlier on April 27 reported that the government had made a slew of diplomatic appointments including that of Raveesh Kumar.

This will be Kumar’s first Ambassadorial posting. He is an officer belonging to the 1995 batch.

Prior to this appointment, he was serving as a Joint Secretary in the Ministry of External Affairs.

A few months back, Kumar had handed over the post of Joint Secretary (XP) and as the official spokesperson to former Indian envoy to Ethiopia Anurag Srivastava.

During his stint as MEA Spokesperson, Kumar was extensively praised for engaging with the media and converting bland governmental briefings to an event that everyone looked forward on a Thursday afternoon.

Raveesh Kumar has earlier also served in Europe as the Consul-General in Frankfurt. He has also served as the Deputy Ambassador to Indonesia. In addition, he handled the East Asia desk, too, as a Joint Secretary.

Kumar is a graduate in History from the Hansraj College in New Delhi.

The relations between India and the Nordic states including Finland have been re-energized due to the personal intervention of Prime Minister Narendra Modi.

Finland is partnering with India and helping it achieve many tasks pertaining to Sustainable Development Goals (SDG).