There are now 6.3 million infections of Sars-CoV-2, which causes COVID-19 in the world and 380,250 people have been died due to the disease, according to the Johns Hopkins University. 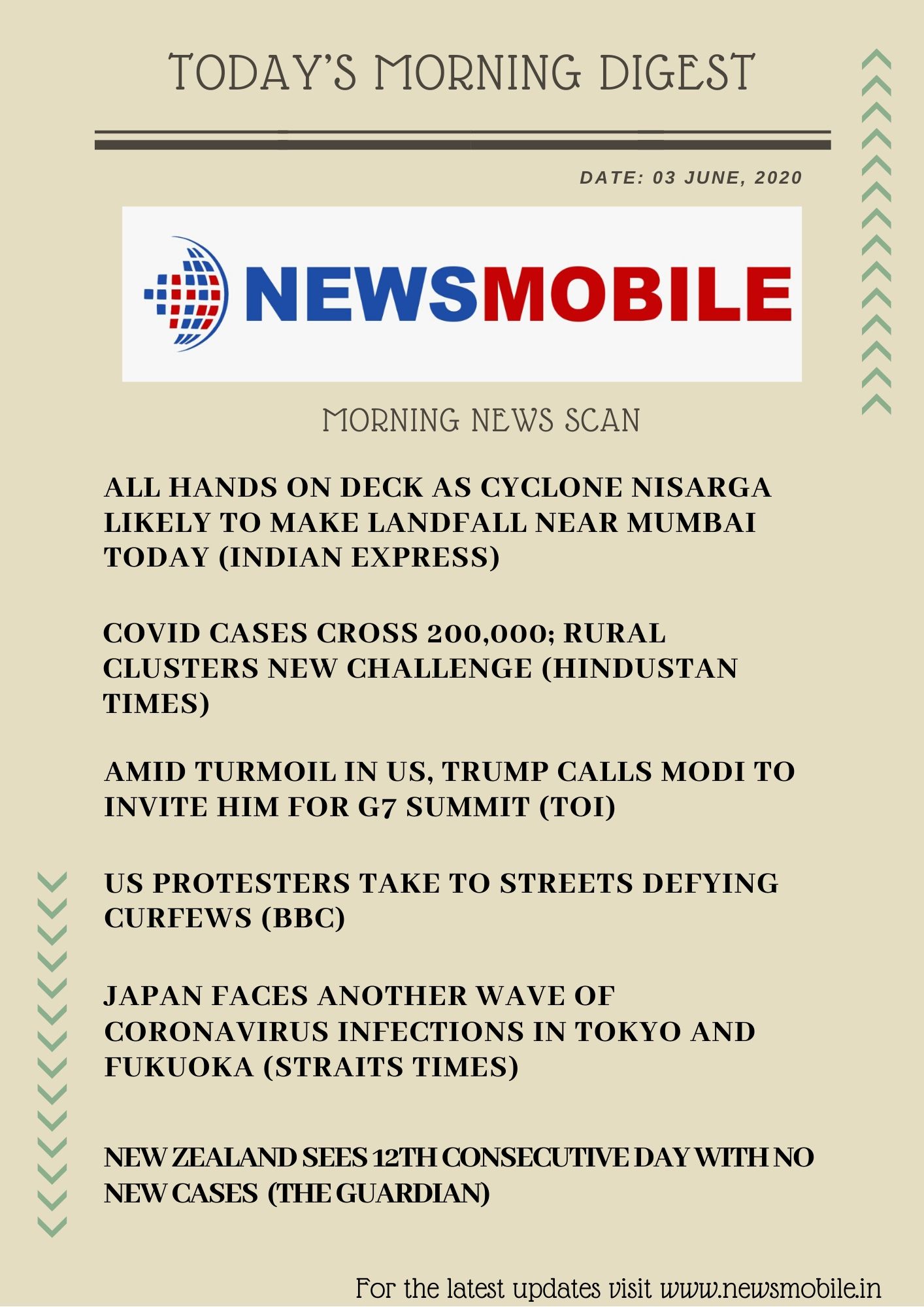 1. New Zealand has reported a 12th straight day of no new cases of COVID-19, as the government considers abandoning as early as next week all remaining restrictions on the country except stringent border controls.

3. The UK’s official death toll passed 50,000, according to the latest figures from the Office for National Statistics.

4. France’s death toll rose by more than a 100 in a 24-hour period for the first time in 13 days. It came as the country enacts a new easing of lockdown measures.

5. The number of new job seekers was close to 27,000 in May, about 10 times lower than in March and April during the country’s lockdown, the labour ministry said.

6. The number of COVID-19 in India surpassed 2 lakh on Wednesday, nearly doubling over 15 days.

7. Iran confirmed its second-highest number of new cases in a 24-hour period since its outbreak began, with the health ministry saying 3,117 people tested positive.

8. South Korea has approved the import of remdesivir, a drug that appears to shorten recovery time for people with coronavirus.

9. Italy will open its borders to tourists from most other European countries in a few hours today. Travel restrictions within the country will also be lifted which means people can move freely between different regions.

10. Across Europe, new cases are steadily declining, the World Health Organization has said. The only exceptions are Russia and other Eastern European countries where infection rates remain high.