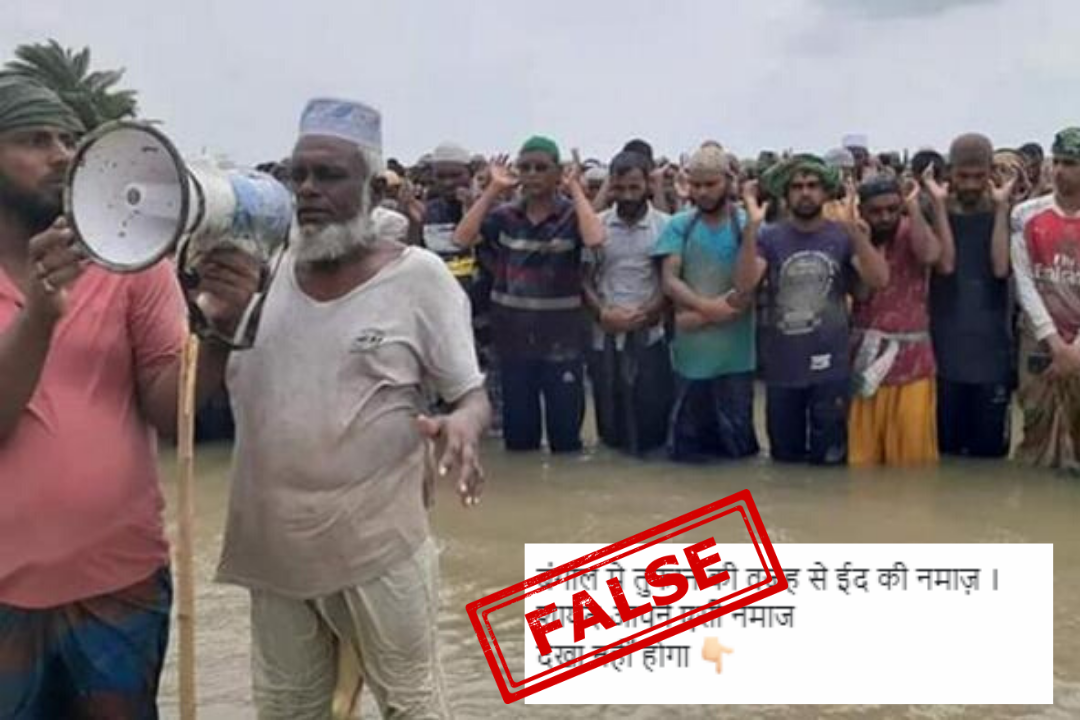 After cyclone Amphan wreaked havoc in several parts of West Bengal, Odisha and Bangladesh, a video of some people offering namaz in knee-deep water, is doing the rounds on the internet. It is being claimed that the incident took place in West Bengal on Eid.

NewsMobile fact-checked the above video and found that the claim attached to it is partially false.

When we extracted the keyframes of the video through InVid and put them through Reverse Image Search, we found a report by Daily Bangladesh, dated May 25, 2020, featuring a screengrab from the video.

The title of the report read, ‘Thousands offer Eid prayers in knee-deep water’. 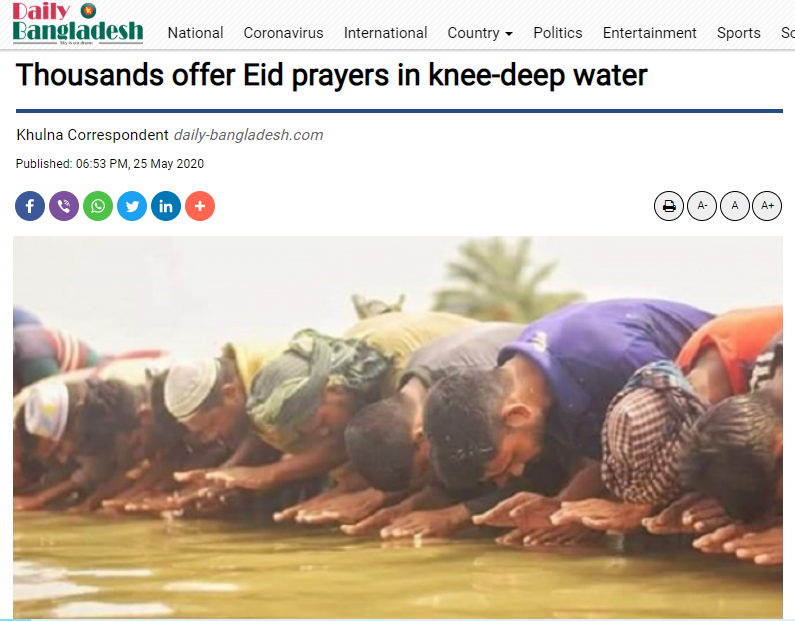 According to the report, thousands of people of Koyra Upazila in Khulna, Bangladesh offered Eid-ul-Fitr prayers standing in knee-deep water as cyclone Amphan flooded several villages of the Upazila after breaking embankments.

The incident was also covered by German public service broadcaster, DW, on May 25, 2020. 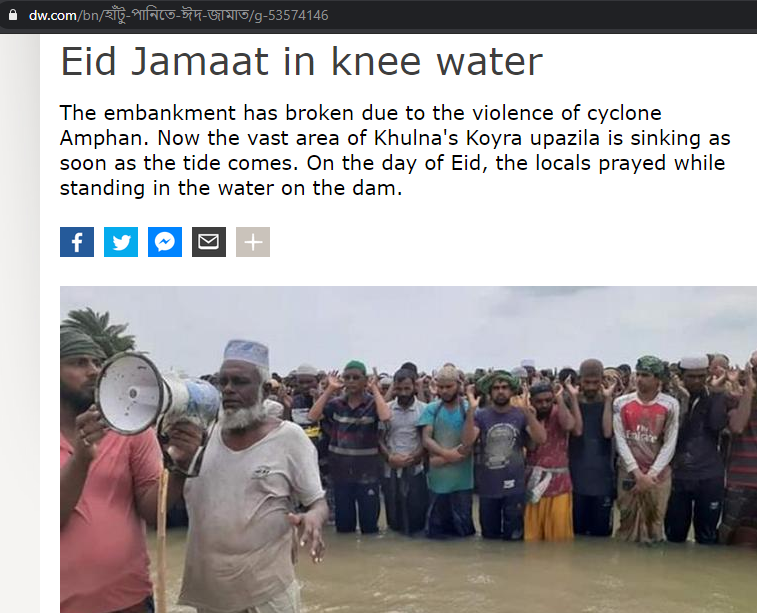 The incident has been covered by various other news organisations as well. Read the reports here and here.

Hence, the above information proves that the video that is being circulated showing people offering namaz in the aftermath of Cyclone Amphan is from Bangladesh, and not West Bengal. 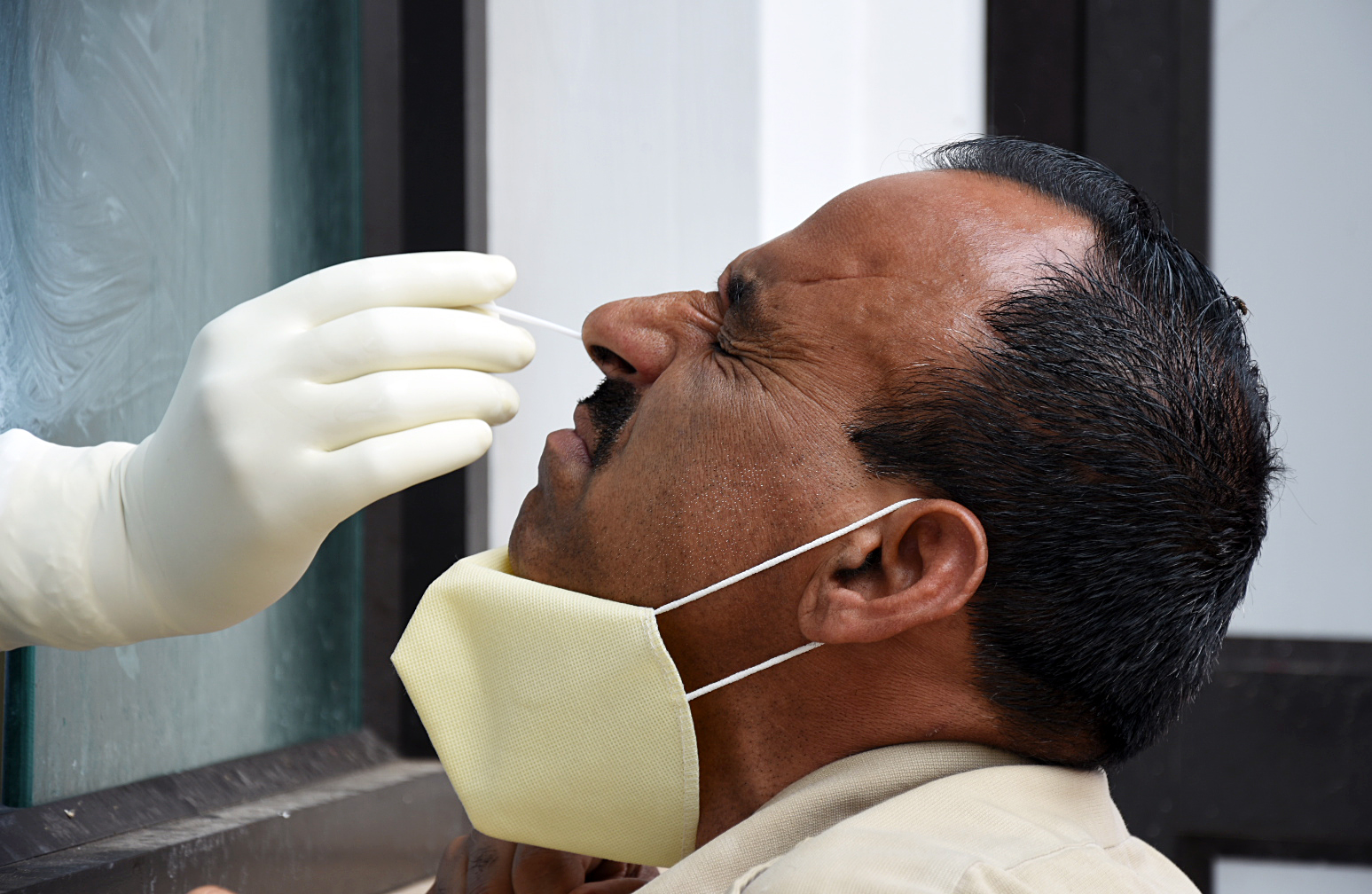