More than 6.06 million cases of coronavirus have been confirmed around the world, according to data from Johns Hopkins University. 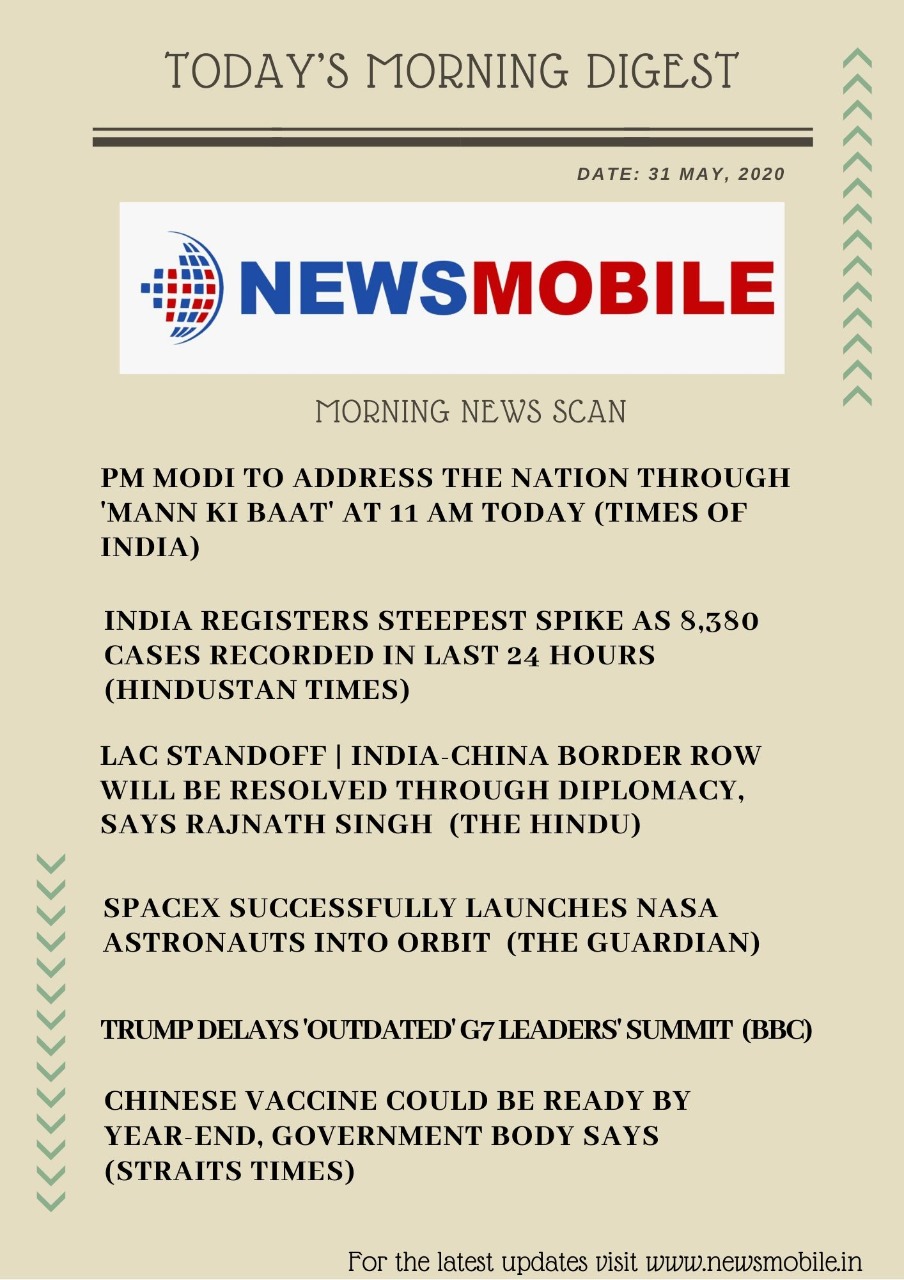 1. More than 6.06 million cases of coronavirus have been confirmed around the world, according to data from Johns Hopkins University. More than 369,000 people have died, including more than 103,000 in the United States, while at least 2.56 million have recovered globally.

2. Latin America’s death toll has topped 50,000 and cases neared one million, with countries such as Brazil, Chile, Mexico and Peru struggling to stem the tide, according to a Reuters tally.

3. Brazil has registered a record 33,274 new cases of the coronavirus, its health ministry said, raising the total to 498,440 in a country with one of the world’s worst outbreaks. The country’s death toll has increased to 28,834, with 956 new deaths in the last 24 hours, the ministry added.

5. A third member of a scientific advisory body to the British government has warned that it is too soon to lift the COVID-19 lockdown because the test and trace system is not yet fully operational.

6. The number of confirmed coronavirus cases in Germany has increased by 286 to 181,482, according to data from the Robert Koch Institute (RKI) for infectious diseases. The reported death toll rose by 11 to 8,500, the data showed.

7. Thailand has reported four new coronavirus cases and no new deaths, taking the total number of infections to 3,081 with 57 deaths since January, according to the Reuters News Agency.

8. Russia has recorded nearly 9,000 new cases of the coronavirus, roughly consistent with the increases reported over the past two weeks.

9. Romania’s prime minister has paid fines totalling about $600 for smoking indoors and holding a meeting in a government building where several Cabinet ministers and other participants did not follow social distancing rules, The Associated Press news agency reported.

10. China has recorded two new confirmed cases of coronavirus, down from four on Saturday, Reuters reported on Sunday, quoting data from the country’s health authority.