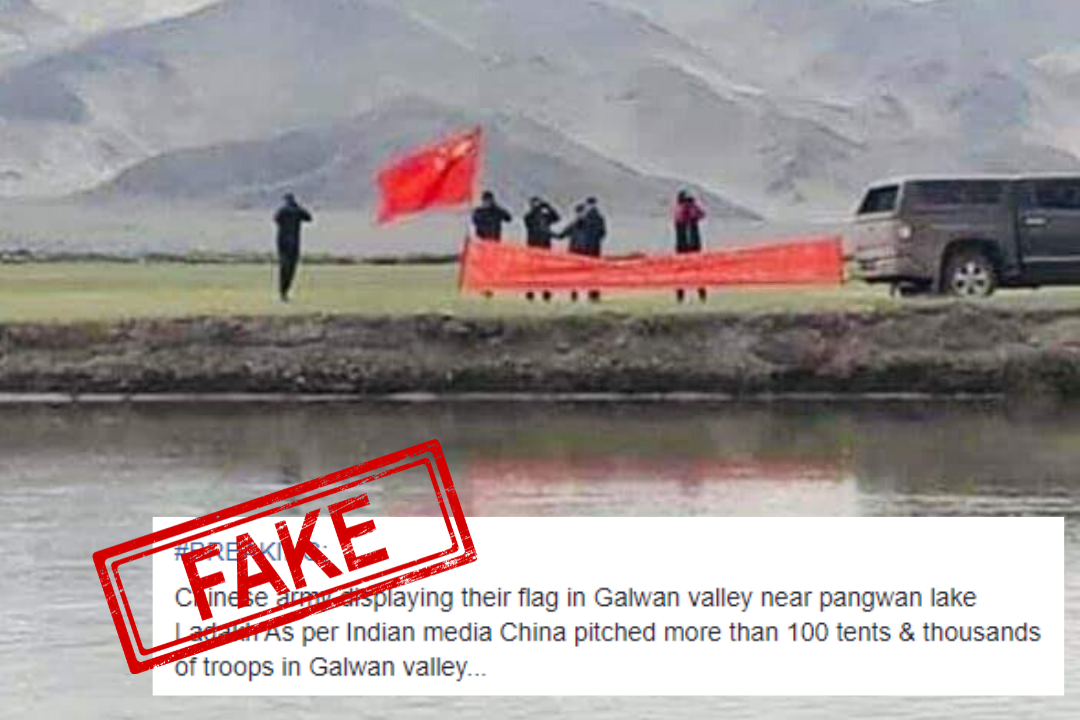 Amid the growing tension between Indian and Chinese troops along the Line of Actual Control (LAC), a picture is being shared online with a claim that the Chinese army unfurled their flag in Galwan valley near Pangwan lake, Ladakh.

The caption of the post read, ‘Chinese army displaying their flag in Galwan valley near pangwan lake Ladakh As per Indian media China pitched more than 100 tents & thousands of troops in Galwan valley…’ 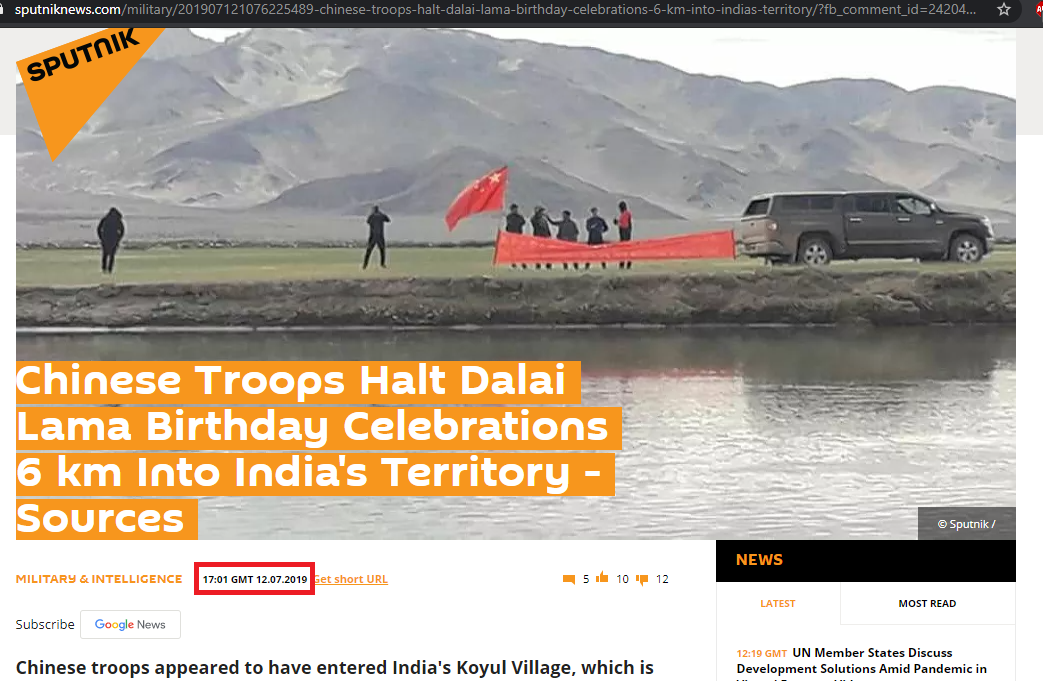 According to the report by Sputnik News, the picture is from Koyul Village near Demchok in Eastern Ladakh where Chinese troops interrupted an annual celebration of the birthday of the Tibetan Spiritual Leader, the Dalai Lama and unfurled the Chinese flag there.

“Chinese troops in plainclothes arrived in vehicles close to the LAC and protested that Tibetans were celebrating the Dalai Lama’s birthday on July 6. They displayed banners to the villagers which read ‘Ban all activities that divide Tibet’,” government sources aware of the incident told Sputnik.

Therefore, the above information proves that the picture in question is old.