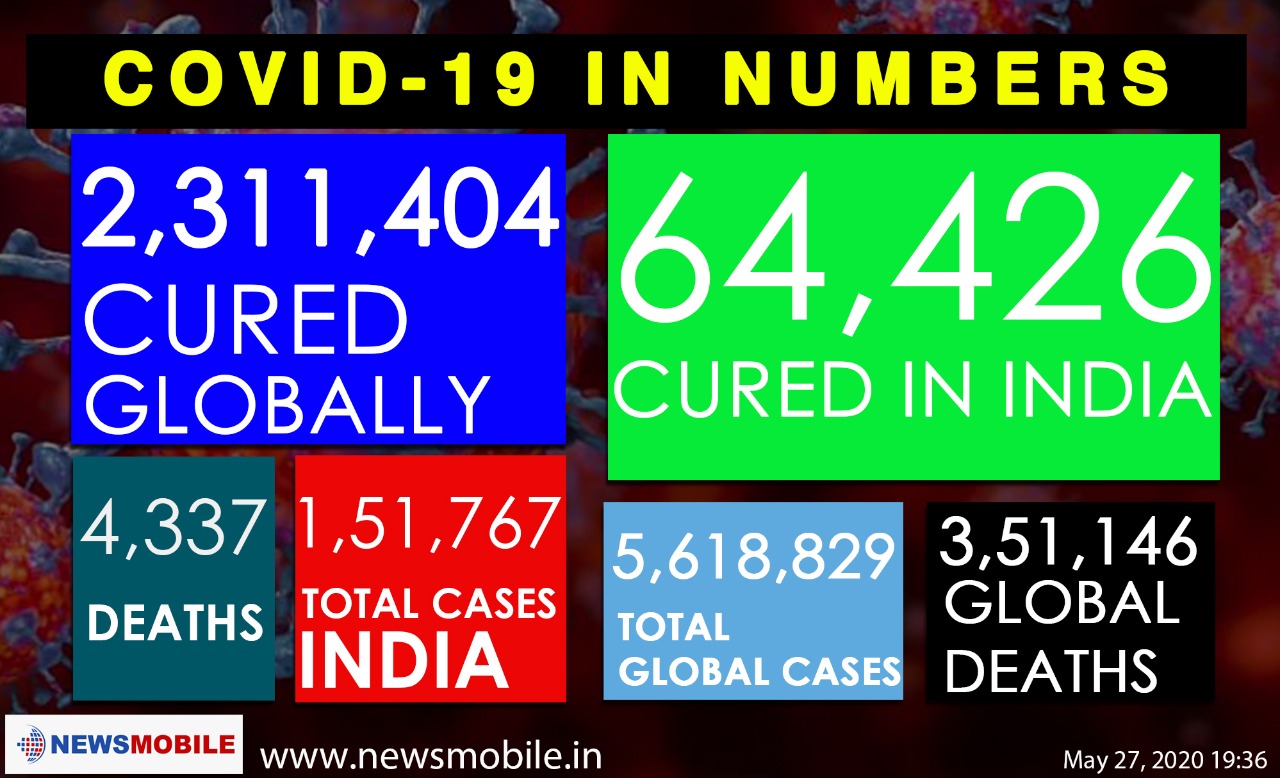 Here are the top 10 developments this Wednesday:

1. A day after the Supreme Court sought answers from the Centre and the state governments over the problems faced by migrant workers, Union Minister Ravi Shankar Prasad on Wednesday said the governments at both levels are doing their best in these challenging times and are ready to consider “better solutions” to improve the situation.

2. In the last 24 hours, Delhi recorded 792 fresh cases of Covid-19, taking the total number of cases in the city to 15,257 till Wednesday. This is the highest number of cases reported in a day so far.

Our skies & airports are busy again.

On 26th May, the 2nd day of recommencement of domestic passenger flights in India our airports handled 62,641 flyers on 445 departures & 447 arrivals.

All airport functioning was smooth. Only 6 departures were rescheduled.@MoCA_GoI

4. Schools in West Bengal will remain closed till June 30, the state government announced on Wednesday, Education Minister Partha Chatterjee said, adding that the decision was taken as several school buildings were damaged by cyclone Amphan in eight districts.

6. Class 10 and 12 students who have moved to a different state or district when schools were closed during the COVID-19-induced lockdown can appear for pending board exams there only, Union HRD Minister Ramesh Pokhriyal ‘Nishank’ announced on Wednesday.

8. Biggest single-day spike of 162 COVID-19 cases in Jammu and Kashmir. The total number of positive cases in the Union Territory rises to 1921, including 854 recovered and 26 deaths.

9. 817 people tested positive for COVID-19 and six deaths reported and 567 discharged in Tamil Nadu today. The total number of positive cases in the state stands at 18,545, including 133 deaths and 9,909 discharged.

10. Over 3500 Shramik Special trains have been originated till now by Indian Railways carrying more than 48 lakh passengers. Nearly 80% of total Shramik trains are destined for various destinations in Uttar Pradesh and Bihar: Ministry of Railways