A video is widely being shared on social media in which two men can be seen creating a ruckus outside what looks like a school and one of them can be seen kicking the food kept on a bench.

It is being claimed that the incident took place in one of the COVID-19 quarantine centres after two men refused to eat food cooked by a Dalit woman. 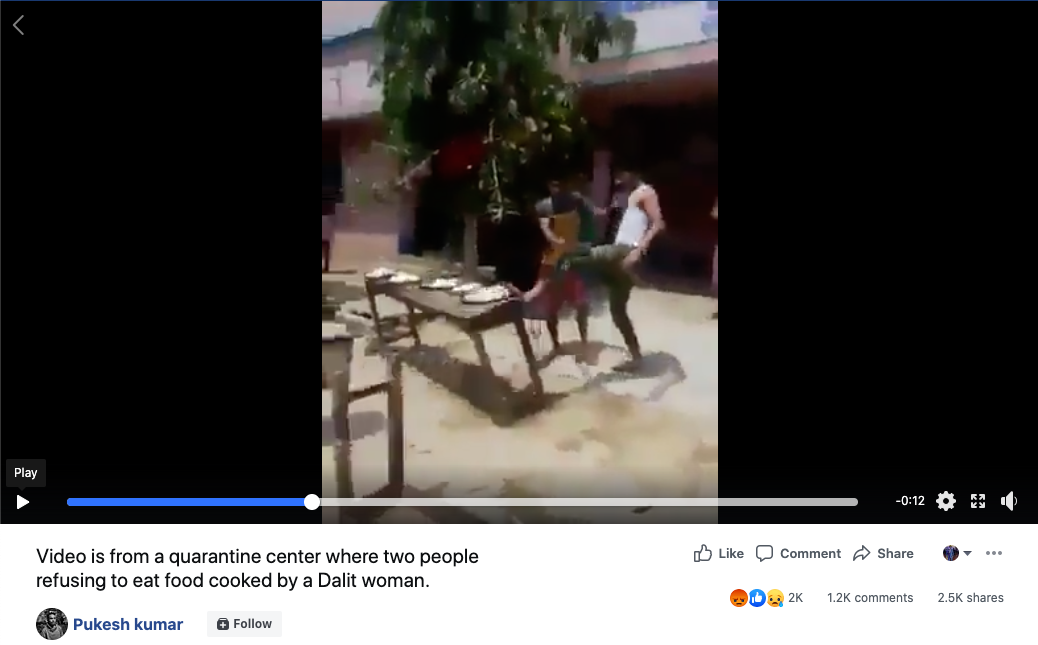 The caption of the video read: “Video is from a quarantine center where two people refusing to eat food cooked by a Dalit woman”

At the time of filing this report, the above post was shared over 2,500 times. Several similar posts can be seen here, here, here and here.

We started our investigation by closely observing the video frame-by-frame, and we noticed the place written on the building- Sahar, Madhwapur which is in Bihar. 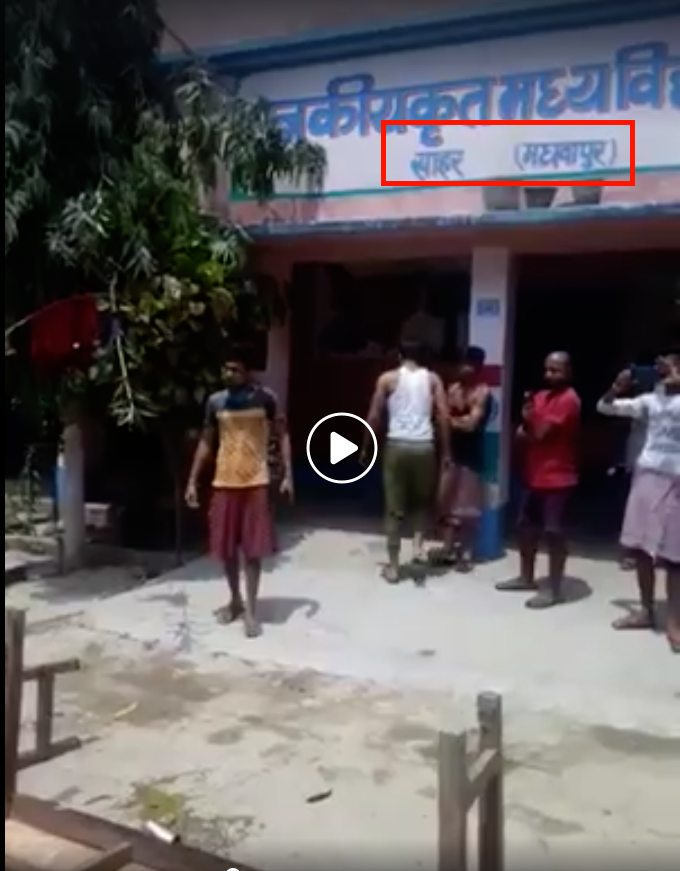 Taking a cue, we ran a search with keywords such as ‘Sahar’, ‘Bihar’, ‘COVID-19’, ‘quarantine centre’, ‘ruckus’. The search led us to a report by Dainik Jagran dated May 18, 2020, which featured the same video. 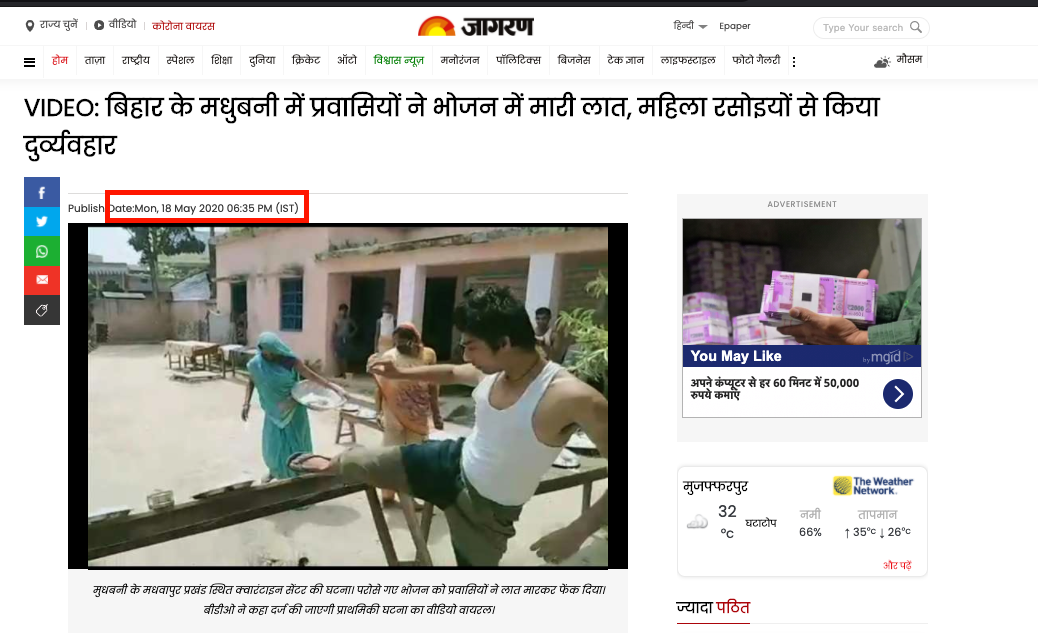 The report suggested that the incident took place when the lady cook served food in a plate and placed it on the bench. However, some of the migrant labourers asked to sit and eat disobeying the social distancing norms. On refusal by the cook, the migrants kicked the food that was lying on the bench and created a ruckus. The incident took place at Saharghat Quarantine Center in Bihar where 25 migrant labourers are in quarantine.

NewsMobile contacted SHO Saharghat, Surendra Paswan, who clarified that there was no communal angle to the incident.

“The incident took place as a few migrant labourers were not following the social distancing norms,” Paswan told NewsMobile. On being asked if there was any communal link to it, he said, “all such claims are rubbish”.

Hence, in conclusion, the above information proves that the claim attached to the viral video is FAKE. 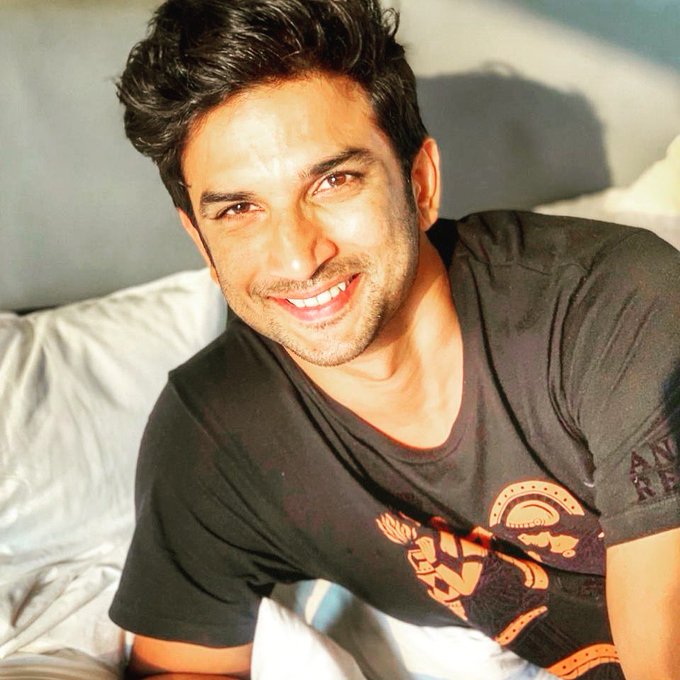