Home Coronavirus Fact Check Fact Check: This video does not show police brutality on a migrant... 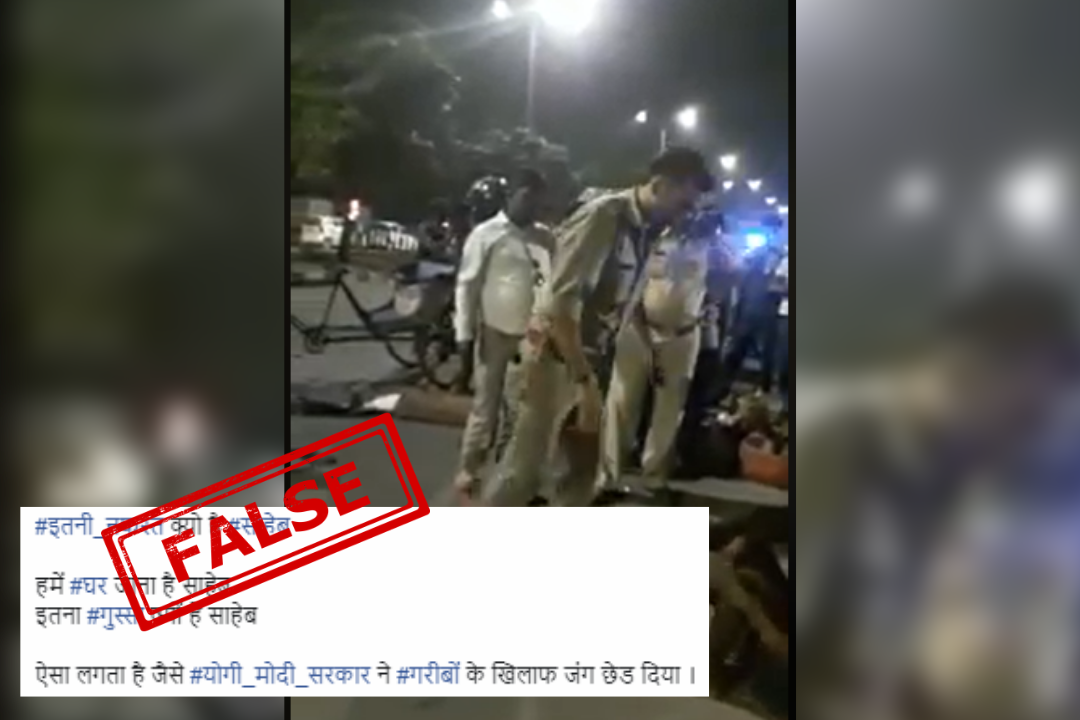 A video of a police personnel brutally thrashing a man is doing the rounds on the internet. The video comes amid the lockdown induced migrant crisis in the country and the video suggests that the person being thrashed in the video is a migrant labourer.

(Translation-Why do you hate us, sir, we have to go home sir, why are you so angry sir looks like Yogi-Modi Sarkar has waged a war against poor)

At the time of filing this report, the above post had been shared by 16,666 people.

When we cropped the video and extracted the keyframes to put them through Reverse Image Search, we found a video on The Times of India’s official YouTube channel dated August 25, 2018.

The title of the video read, ‘On cam: Cop thrashes auto driver in Lucknow’.

According to the description of the video, the incident took place on the Ring Road in Lucknow where the auto driver was allegedly accused of rash driving and hitting a rickshaw injuring two women. The local people present at the spot called the police after which the accused cop along with other cops reached there and thrashed the auto driver.

The incident was also reported by Navbharat Times on August 25, 2018. Read the report here.

Hence, our investigation proves that the video in question is old and does not show police brutality on a migrant worker.