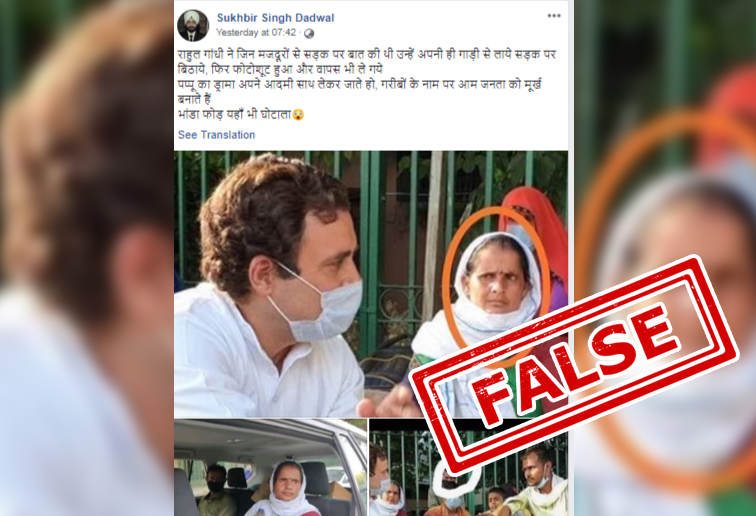 A picture collage of a migrant woman is being shared on social media. In one picture, the same woman can be seen interacting with Congress leader, Rahul Gandhi, while in the other, she is sitting in a car.

The picture is being circulated with a claim that Congress brought in people to act as migrants for Rahul Gandhi’s interaction and then they were taken back in cars, after it got media coverage.

(Translation: Rahul Gandhi brought the migrant workers in his own vehicle, asked them to sit on the road, did a photoshoot and them took them back.
Pappu (Rahul), you bring your own men and then fool people. But now you are busted.) 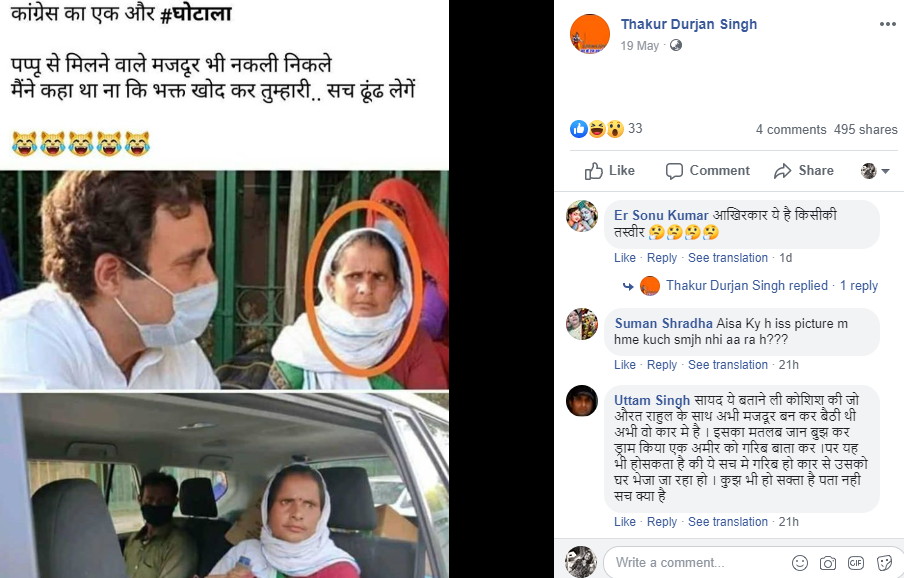 You can see more posts here, here and here.

We individually checked both the pictures in circulation.

We found the first picture in a tweet by newswire ANI, dated May 16, 2020. ”Delhi: Congress leader Rahul Gandhi today interacted with migrant labourers who were walking on Sukhdev Vihar flyover to return to their home states, ” the tweet read.

We found another tweet by ANI, stating that Congress volunteers also arranged vehicles to take them to their homes. This tweet also featured the same lady in the car, but the picture was taken from a different angle. ANI also quoted a labourer saying, “Coming from Haryana, have to go to Jhansi.”

Delhi: Congress leader Rahul Gandhi interacted with migrant labourers who were walking near Sukhdev Vihar flyover to return to their home states. Party volunteers later arranged vehicles to take them to their homes. A labourer, Monu says “Coming from Haryana,have to go to Jhansi” pic.twitter.com/SMbnejiZpK

Moreover, we also found a report by ABP news, that was uploaded on their Facebook Page on May 16.

In the video report, at 2:31 minutes, the same lady can be seen climbing in the vehicle, while a party worker can be heard saying that the vehicle has been arranged by congress volunteers to get the migrant workers home. 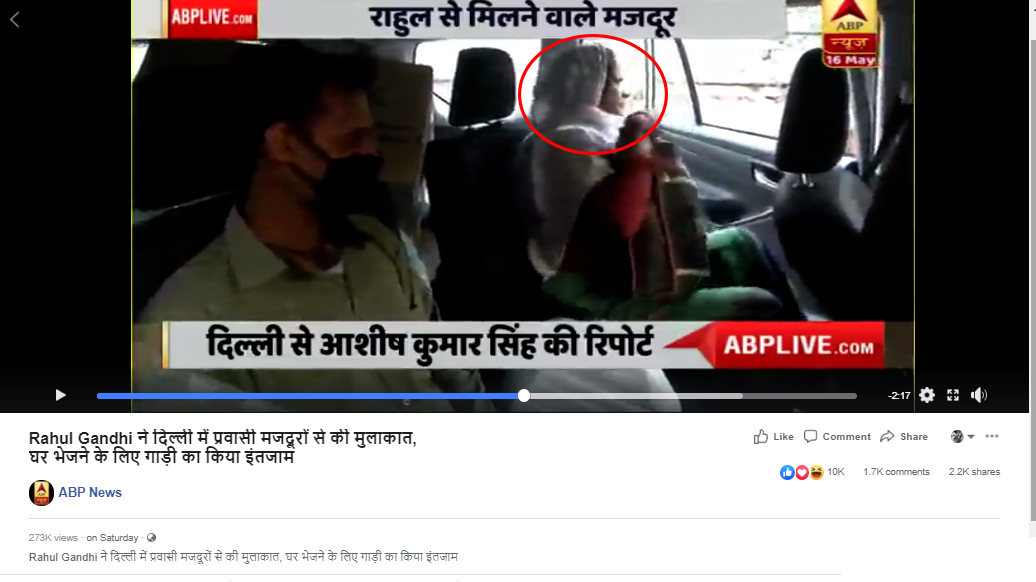 The above information proves that the picture is being circulated with a false narrative.