Home Coronavirus Fact Check Fact Check: This picture of a cow and a leopard was NOT... 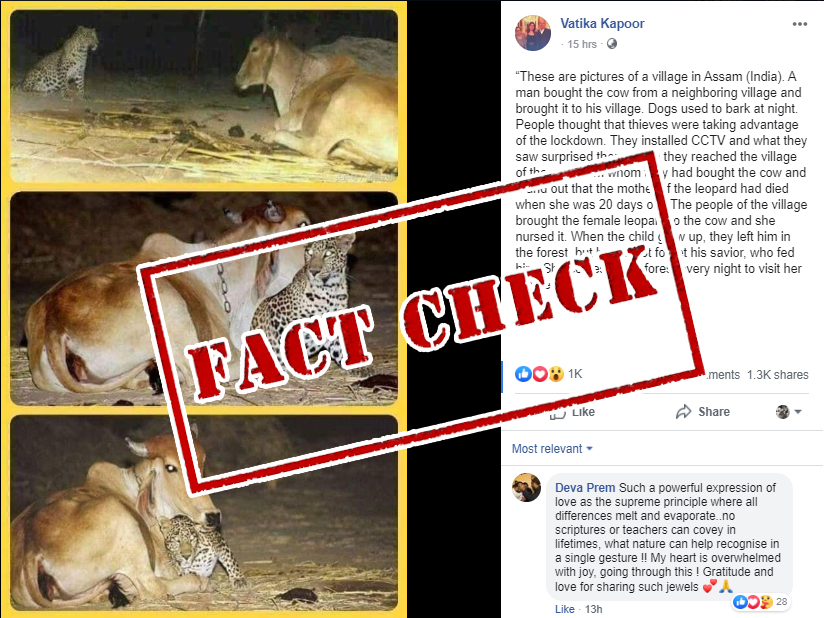 A post containing pictures of a cow and a leopard are doing the rounds on social media.

The post claims that the picture was taken in Assam during the ongoing nationwide lockdown due to COVID-19.

“These are pictures of a village in Assam (India). A man bought the cow from a neighboring village and brought it to his village. Dogs used to bark at night. People thought that thieves were taking advantage of the lockdown. They installed CCTV and what they saw surprised them. Then they reached the village of the man from whom they had bought the cow and found out that the mother of the leopard had died when she was 20 days old. The people of the village brought the female leopard to the cow and she nursed it. When the child grew up, they left him in the forest, but he did not forget his savior, who fed him. She comes to the forest every night to visit her mother ” – the caption read.

On putting the image through Reverse Image Search we found an article dated 2014, titled, “Stranger than Fiction-A Leopard and motherly Cow.” 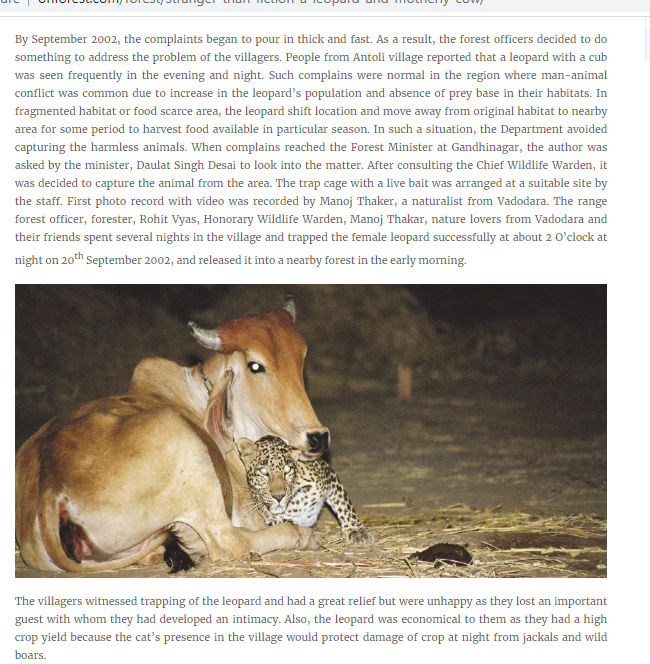 According to the article, the pictures are from 2002, from Antoli, a village about 20 km away from Jambughoda Sanctuary and 40 km from Vadodara city. 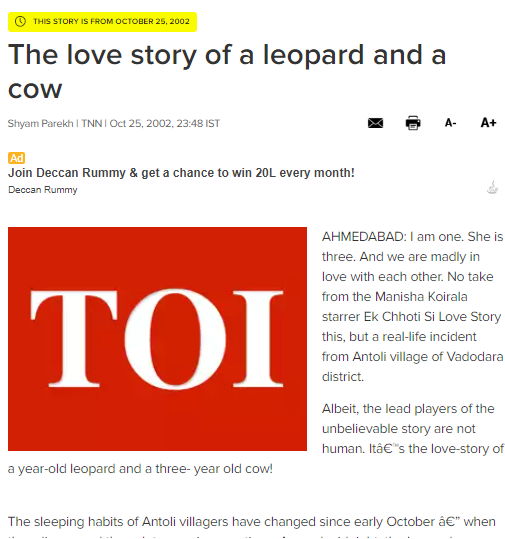 The above information proves that the viral picture is being circulated with a false narrative. 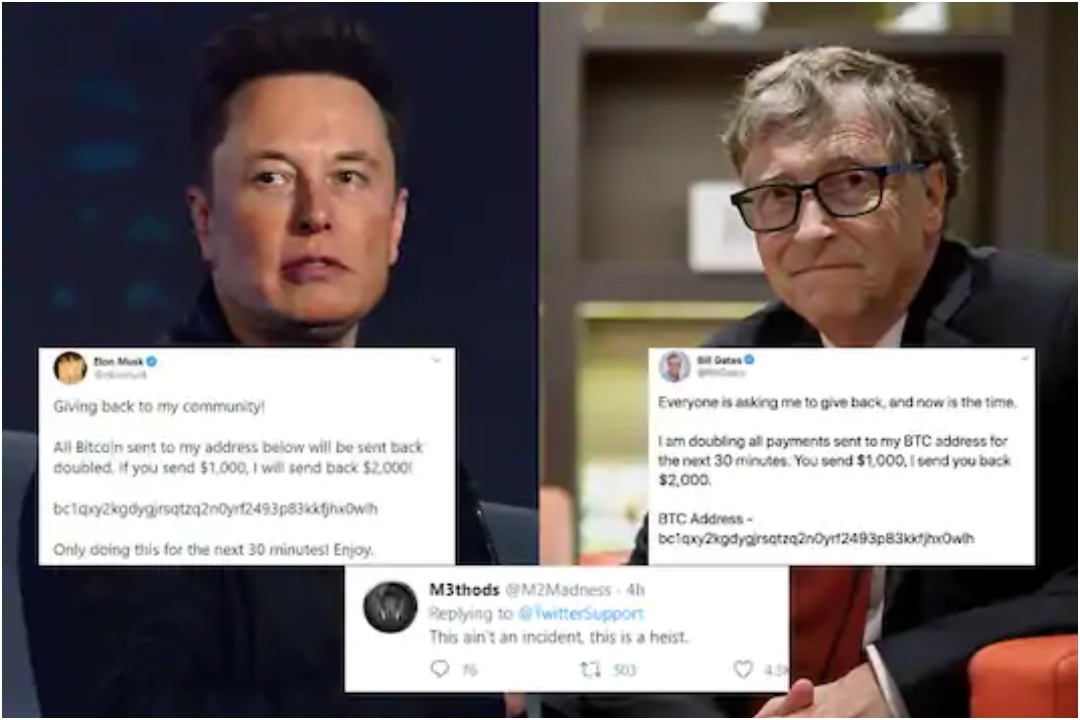