Home Coronavirus Fact Check Fact Check: Video of passengers arguing over social distancing is NOT from... 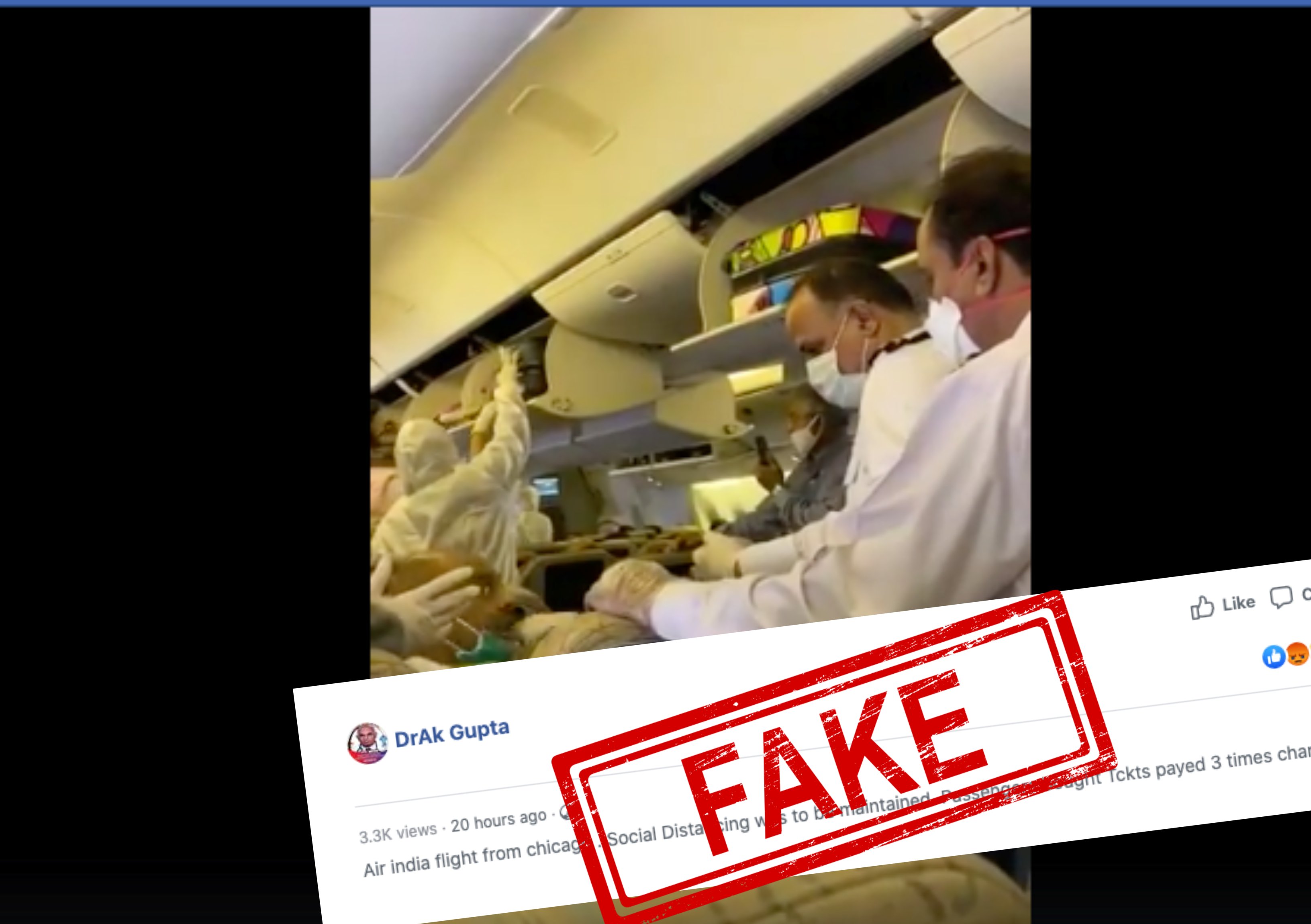 A video showing in-flight visuals is widely being shared on the social media with a claim that this is a Delhi-bound Air India flight from Chicago which is being operated to rescue stranded Indians.

In the video, a passenger can be seen involved in an argument with one of the crew members over the flight arrangements and non adherence to social distancing. 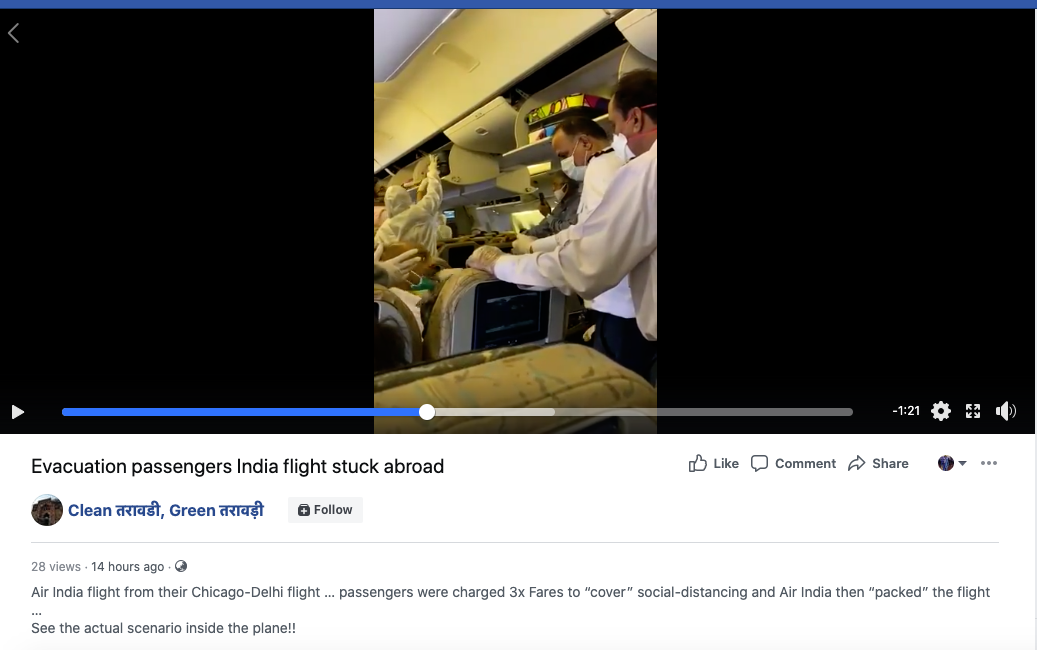 The caption of the video read: “Air India flight from their Chicago-Delhi flight … passengers were charged 3x Fares to “cover” social-distancing and Air India then “packed” the flight …
See the actual scenario inside the plane!!”

The video is being shared across social media platforms which can be seen here, here here, here, here and here.

Government sources confirmed that the video in question is NOT shot on an Air India aircraft.

Meanwhile, in a tweet, the Press Information Bureau (PIB) explicitly clarified that ‘the video circulating is NOT of Air India but of an airline from a neighbouring country’.

#PIBFactCheck
Claim: Video on social media showing passengers on purported @airindiain overseas flight arguing over being charged thrice the normal fare & then packed in, without #SocialDistancing

Fact: #Fake video. @MoCA_GoI says it is from a neighbouring country’s airlines pic.twitter.com/Uww1zrHH5m

On digging further, we found that the video was shot inside a Pakistan carrier PIA flight.

According to a report by newswire ANI dated April 29, 2020, the above video had emerged on social media from a Pakistan International Airlines flight in which the passengers were complaining about overcharged tickets and lack of social distancing in times of the coronavirus pandemic. 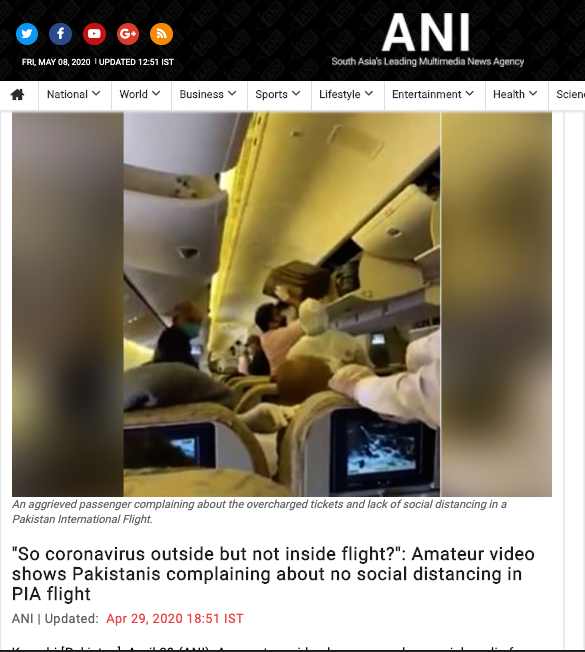 In conclusion, it is clearly established that the video in question has no connection with India’s national carrier Air India.