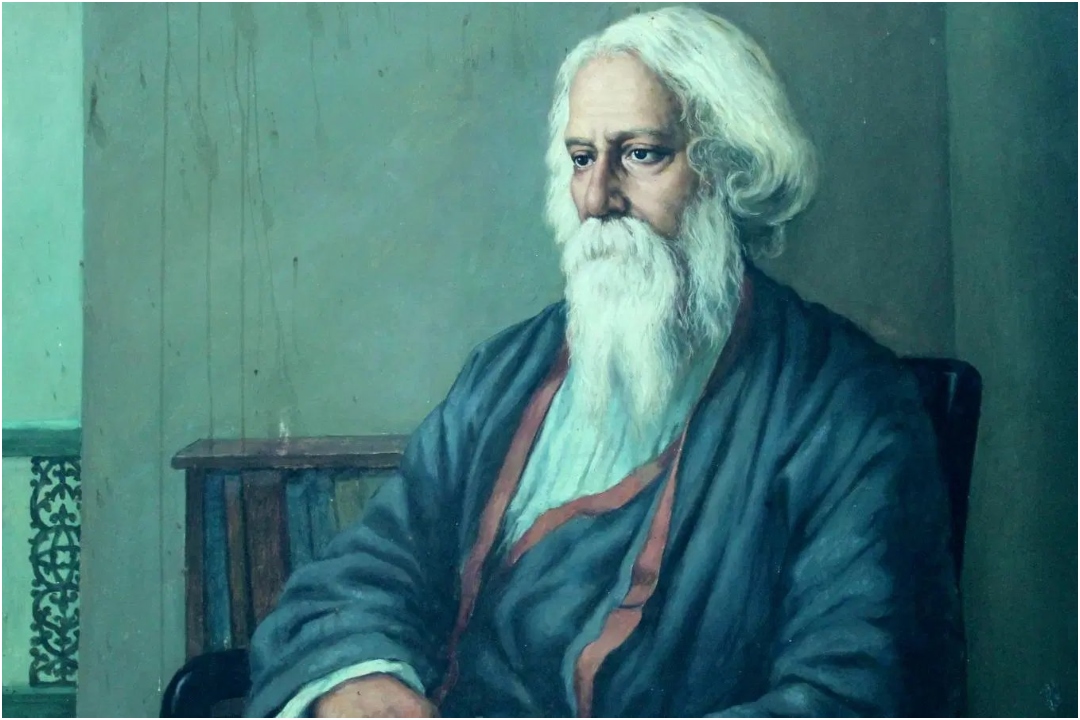 Today marks the 159th birth anniversary of Rabindranath Tagore, who was known among the finest authors, poets and painters in the world till date.

Rabindranath Tagore wore several hats. He was at once a poet, philosopher, social revolutionary, freedom fighter, educationist, thinker, artist and mystic. He wore his many hats with equal ease and elan. In short he was a complete Renaissance man.

In many ways Tagore’s take on nationalism was very different from Gandhiji’s. Though both had immense respect for each other, they differed on their approach. Tagore believed that Gandhiji’s path of Satyagraha and Swaraj would bring out the dark side of revolt.

In his novel, The Home and the World, (Ghore Bayire) which was later adapted to a much-awarded film by Satyajit Ray, he shows it clearly when the humanitarian has to give up his life for the revolutionary who runs away after stirring up a revolt.

Here is a quote from the book that rings true even today when faced with the question of patriotism over humanity:

“Patriotism cannot be our final spiritual shelter; my refuge is humanity. I will not buy glass for the price of diamonds, and I will never allow patriotism to triumph over humanity as long as I live. ”

Ture to his humanitarian principle, Tagore had renounced kighthood of the British empire in protest of the Jalianwalla Bagh massacre that saw the British killing hundreds of unarmed Indians attending a peaceful rally in Amritsar in the year 1919.

Tagore was also a visionary educationist who hated classroom style of schooling as a child and started the iconic Vishva Bharati University, better-known as Shantiniketan. His ideas on education were very different from what was the norm. He wanted education be be a character building activity and not knowledge by wrote.

Here are some of his words on education that still ring clear in this day and age:

“The highest education is that which does not merely give us information but makes our life in harmony with all existence.”

“Don’t limit a child to your own learning, for she was born in another time.”

“A mind all logic is like a knife all blade. It makes the hand bleed that uses it.”

He was a mystic who spent time with the wandering minstrels and sang their songs. He practiced the philosophy of humanity and was no less than a new-age philosopher who practiced what he preached. Many of his songs and poems have very deep philosophical or religious meanings set into words that are easy to understand and set in rhymes that are easy to sing. Tagore started writing poetry from the age of 8. His vast canon boasts of 2000 songs which he had himself composed lyrics.

He was given the Nobel prize in Literature for his collection of spiritual poetry called, Geetanjali in 1913.

Here are some of his quotes that are relevant across time and age:

“It is very simple to be happy, but it is very difficult to be simple.”

“If I can’t make it through one door, I’ll go through another door- or i’ll make a door. Something terrific will come no matter how dark the present.”

“Everything comes to us that belongs to us if we create the capacity to receive it.”

In many ways he was years, maybe decades ahead of his time. Tagore was and always would be a symbol of creativity and fresh ideas. Who once said:

“You can’t cross the sea merely by standing and staring at the water.”