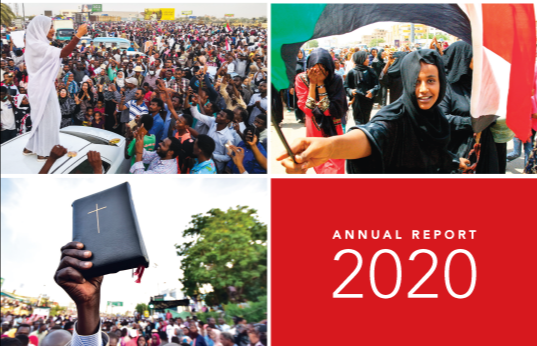 Reacting sharply to the United States Commission on International Religious Freedom (USCIRF) recommending India ”as a country of particular concern” with respect to religious freedom in its latest annual report, India’s Ministry of External Affairs called the USCIRF “an organization of particular concern” and said that it ”will treat it accordingly”.

“We reject the observations on India in the USCIRF Annual Report. Its biased and tendentious comments against India are not new. But on this occasion, its misrepresentation has reached new levels,” MEA Spokesperson Anurag Srivastava said. “It has not been able to carry its own Commissioners in its endeavour. We regard it as an organization of particular concern and will treat it accordingly,” he added.

“Perhaps the steepest, and most alarming, deterioration in religious freedom conditions was in India, the largest democracy in the world.” USCIRF Vice Chair Nadine Maenza said. The Citizenship (Amendment) Act in India “potentially exposes millions of Muslims to detention, deportation, and statelessness when the government completes its planned nationwide National Register of Citizens,” Maenza added.

“Most notably, it enacted the Citizenship (Amendment) Act, which provides a fast track to Indian citizenship for non-Muslim migrants from Afghanistan, Bangladesh, and Pakistan already residing in India. According to government officials’ statements, this law is meant to provide protection for listed non-Muslim religious communities—but not for Muslims—against exclusion from a nationwide National Register of Citizens and the resulting detention, deportation, and potential statelessness,” the report said.

“The national and various state governments also allowed nationwide campaigns of harassment and violence against religious minorities to continue with impunity, and engaged in and tolerated hate speech and incitement to violence against them. Based on these developments, in this report USCIRF recommends CPC designation for India,” the report said.