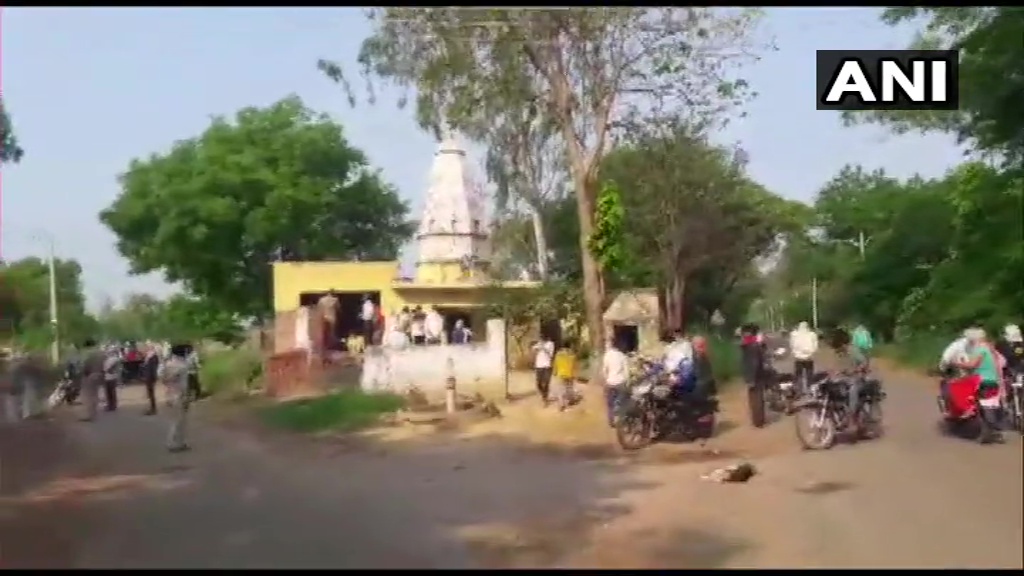 Bodies of two priests were found at a temple, allegedly murdered, in Pagona village of Bulandshahr, police said on Tuesday.

One person has been taken into custody and is being interrogated, said Santosh Kumar Singh, SSP Bulandshahr.

Meanwhile, Uttar Pradesh Chief Minister Yogi Adityanath has taken cognizance of the alleged killings and has sought a detailed report regarding the incident from the district administration.

The priests were allegedly killed with a sword, the SSP said. Postmortem reports are awaited.

“The two priests used to live here at the temple. One person named Murai alias Raju who is a cannabis addict and who frequently visited the temple apparently took away a ‘chimta’ (tong) for which he was chided by the priests.
For that, he killed them using a sword. Villagers also spotted Murari going outside the village,” Singh told ANI.

The accused was arrested two kilometres from the village where he was found in an inebriated state, he said.
Chief Minister Yogi Adityanath has directed the district magistrate, senior superintendent of police and other senior officers to reach the spot immediately.

The Chief Minister has also sought a detailed account of the incident from officials and asked them to ensure the strictest action against the culprits.

About 10 days ago, two seers and one man were lynched and murdered in Maharashtra’s Palghar when they were travelling from Kandivali in Mumbai to Gujarat via interior roads of Palghar, and were were suspected as theives by the mob.