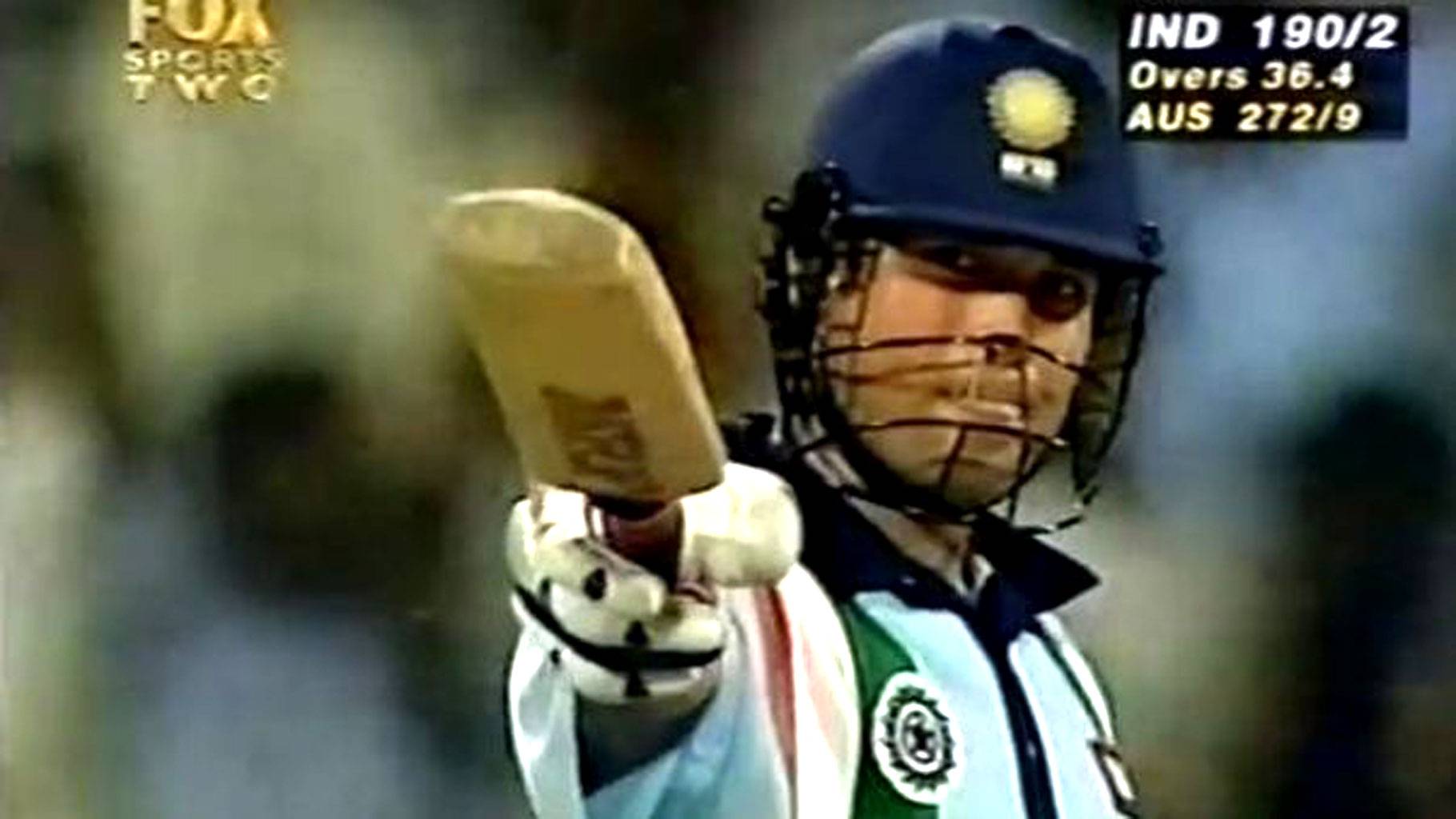 The COVID-19 has put everything on the standstill and Cricket is no exception. At a time when the nation would have otherwise soaked into the glitter of IPL, people are house arrested due to the deadly virus.

So, if the present is offering nothing, then let us relive the past and travel back in time by exactly 22 years.

In the game of Cricket, few innings had turned in to an epic, due to the sheer brilliance. Examples – Kapil’s 175 in the 1983 World Cup, Laxman’s 281 against Australia in 2001 Kolkata Test, Dravid double century in Adelaide Test in 2003.

Sachin Tendulkar scored two whirlwind centuries, back to back, first on 22nd April 1998 and other on 24th April 1998 at Sharjah against Australia during an ODI triangular series.

Those two knocks were destructive, alluring, spectator’s delight and they comprehensively decimated Australians. They became immortal and till date considered as two of best ODI knocks. 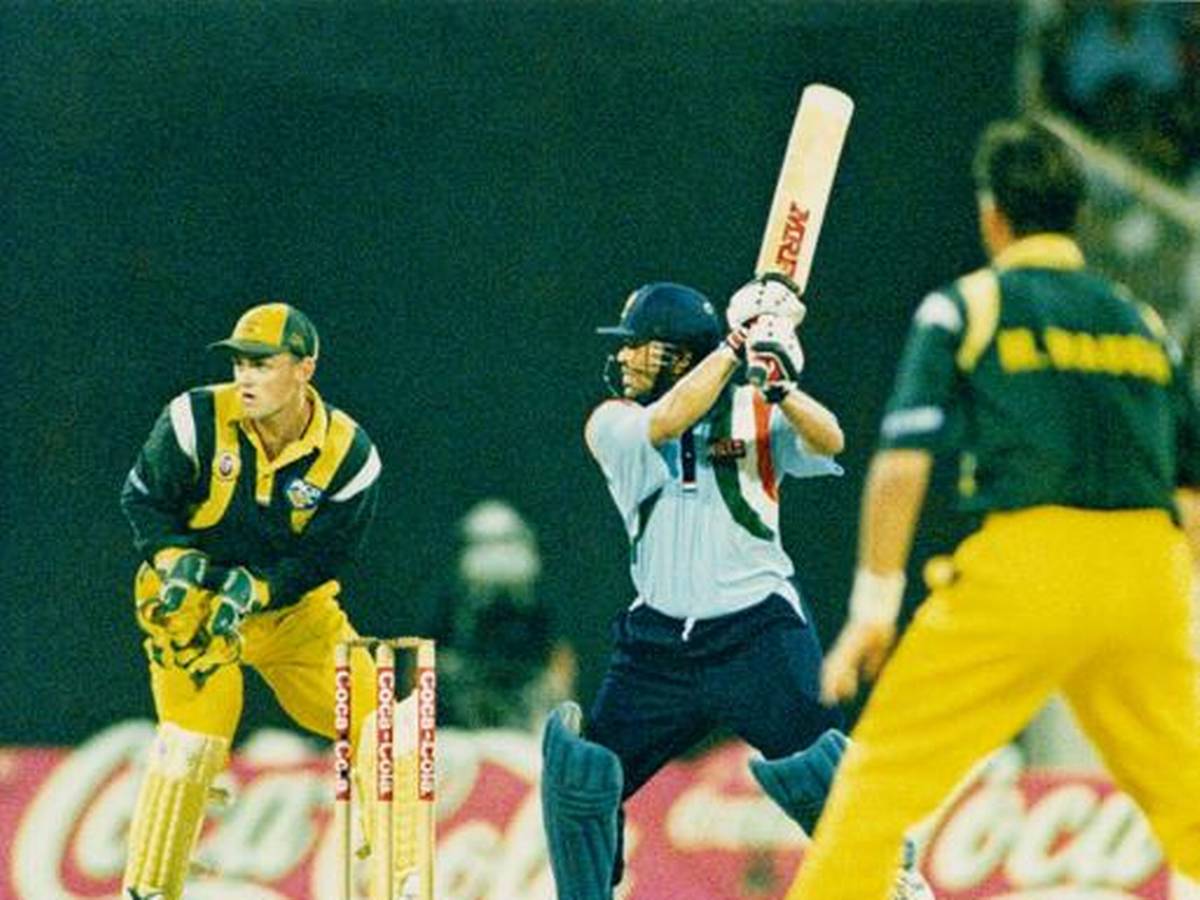 It was an ODI triangular series between India, Australia, and New Zealand in Sharjah during April 1998. On 22nd April 1998, last league match was played between India and Australia. By then Australia had already qualified for the final. India, on the other hand, had a task in hand to surpass New Zealand on the net run rate in the final match to reach final.

ALSO READ: Moments that made Master Blaster Sachin the ‘God’ of cricket

Australia batted first and scored a colossal 284 runs in 50 overs. India had to score a minimum 254 runs in the second innings to beat New Zealand on run rate. In response, India struggled and lost four wickets by 29th over and the score was 138. VVS Laxman joined Tendulkar after the fall of 4th wicket. At this moment, the match was interrupted by a dust-storm. India’s innings was shortened by four overs and India’s target became even more stringent.

But then Tendulkar turned it around. Once the match resumed after the dust-storm he went berserk. India qualified for the final. The dominance of Tendulkar’s knock can be gauged from the fact that he scored 143 out of the team’s total of 250 and Nayan Mongia with 35 was the second-highest scorer for India.

Two days later in the final on 24th April 1998, Australia batted first and scored 272 runs. India started the chase and Tendulkar resumed his blitzkrieg. He scored a swashbuckling 134 and India chased the total with immaculate ease.

Tendulkar’s onslaught started a few months before Sharjah, on the onset of 1998 itself. There is a background story to what made Tendulkar so perilous for the bowlers in 1998. Tendulkar replaced Azhar as Indian captain in 1996. He had been the heir apparent for years before he got the baton from Azhar in 1996. Sachin’s success as captain, however, was rather tepid. India lost the Test series in South Africa and in West Indies.

Tendulkar was sacked from the captaincy towards the end of 1997. Tendulkar was taken aback; he was disappointed.

Years later Tendulkar confessed his disappointment unequivocally in his biographical film Sachin: A Billion Dreams. Sachin was hurt, pained and all those emotions were vented out through his bat during 1998. Moreover, he was free from the pressure of captaincy.

Coming back to April 1998 in Sharjah. It was ruthless hitting at Sharjah by Tendulkar. The important thing was that Tendulkar scored those centuries with the strike rate of more than 100 but he was not really slogging. He was hitting 4s and 6s with genuinely brilliant cricketing shots. The memorable thing is that how Tony Grieg went bonkers in the commentary box every time Tendulkar dispatched ball over the rope.

There are interesting anecdotes endorsing the cult status of the litter master during that period.

Great Australian bowler, Dennis Lillee later told something remarkably interesting about that carnage at Sharjah. Australian fast bowler Michael Kasprowicz went to Lillee for some tips to get Tendulkar out early in the innings. Lillee told him point-blank “Dude, the kind of form Tendulkar is in, you shouldn’t even think of getting him out. All you can afford to plan is to control the deluge of runs a bit”.

A few years later in an interview, Indian coach during 1998 Anshuman Gaikwad spoke about Tendulkar in 1998. He said that during the last league match on 22nd April when there was the interruption in the match due to sandstorm; Gaikwad’s was sensing an inevitable ouster of his team from the tournament. Sachin went over to Gaikwad and said “Don’t worry coach. Let the game resumed. For sure I am going to pull this one for the side”.

So, Tendulkar has not only scoring runs, but he also knew that he was going to score them. That was the level of his self-confidence.

22 years have gone past since that desert-storm called Sachin at Sharjah, but the class act of great man enthrals fans like me even today.