Over the years that he has been in the Indian film industry, Padma Shri Manoj Bajpayee has been credited as a versatile and multi-talented actor. Whether it was essaying the role of Mumbai underworld don Bhiku Mhatre or Sardar Singh in Gangs of Wasseypur, or playing the character role in movies like Pinjar, Shool, Rajneeti, Zubeidaa or Aligarh; he has left an indelible mark on the movie world with his performances.

In 2019, he was given India’s fourth-highest civilian honor, the Padma Shri, for his contributions to the field of art.

In his career, the actor has experimented with diverse characters across genres. He is a recipient of two National Film Awards and four Filmfare Awards.

His father was a farmer and his mother a housewife. Since childhood, he wanted to become an actor. After completing his 12th from Bettiah in Bihar, he moved to New Delhi for higher education.

A strong passion for drama and acting made him apply to the National School of Drama three times, only to be met with rejections. It is during this time that he started acting with Barry John and later assisted him in his acting school. After this, he reapplied to the National School of Drama for the fourth time and fortunately, this time they offered him a teaching position at the school instead.

Manoj Bajpayee made his film debut with a one-minute role in Drohkaal(1994) and a minor role of a dacoit in Shekhar Kapur’s Bandit Queen (1994). After a few unnoticed roles, he played gangster Bhiku Mhatre in Ram Gopal Varma’s 1998 crime drama Satya, which proved to be a breakthrough. He received the National Film Award for Best Supporting Actor and Filmfare Critics Award for Best Actor for the film.

Post this, there was no looking back for this multifaceted actor. Not only was he praised for his acting prowess but also for the experimental characters he delved into.

He won the Special Jury National Award for Pinjar in 2003. This was followed by a series of brief, unnoticed roles in films that failed to boost his career forward for a few years. But throughout these ups and downs, he remained known as an actor to look out for.

It was the 2010 blockbuster, Rajneeti, that propelled him back to the forefront. As a greedy politician, Manoj Bajpayee surpassed all expectations.

In 2012, he appeared in Anurag Kashyap’s crime film Gangs of Wasseypur. To prepare for his role, he shaved his head and lost four kilograms of weight. But it was his portrayal of a homosexual professor in Aligarh that made people stunned in awe. 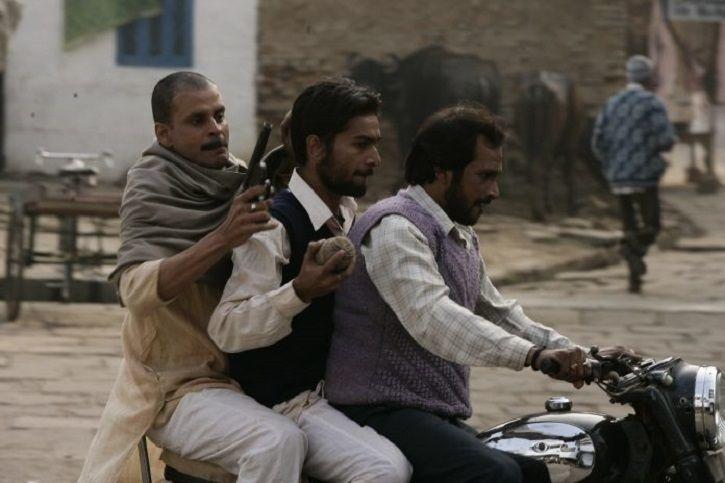 2018 saw him return to the silver screen with the military drama thriller, Aaiyaary and the dacoit drama movie Sonchiriya, under his belt.

It was not just movies, but Manoj created ripples in the web series medium too. He appeared in the spy action drama series titled, The Family Man, wherein he essayed the role of a middle-class man who secretly works for an intelligence agency. It was his convincing performance that made it one of the highly acclaimed series of the year.

Manoj Bajpayee is often regarded as a method actor and a director’s actor, and is known for his unconventional choice of roles.

Actor Nawazuddin Siddiqui has cited his performance in Aks as the inspiration for his role as the antagonist in another movie.

Director Ram Gopal Varma considers him to be ‘an education’ for himself and said he is ‘simply the best actor I’ve ever worked with.’ Shekhar Kapur, who directed him in Bandit Queen, recalls Manoj to have the ability to portray a lot just by doing little. According to director Hansal Mehta, Manoj ‘has the ability to transform himself like few others.’ Kay Kay Menon credits him to be the turning point for other method actors like him and Irfan Khan.

He met actress Shabana Raza, popularly known as Neha, right after her debut film Kareeb. The couple are married since 2006 and have a daughter.