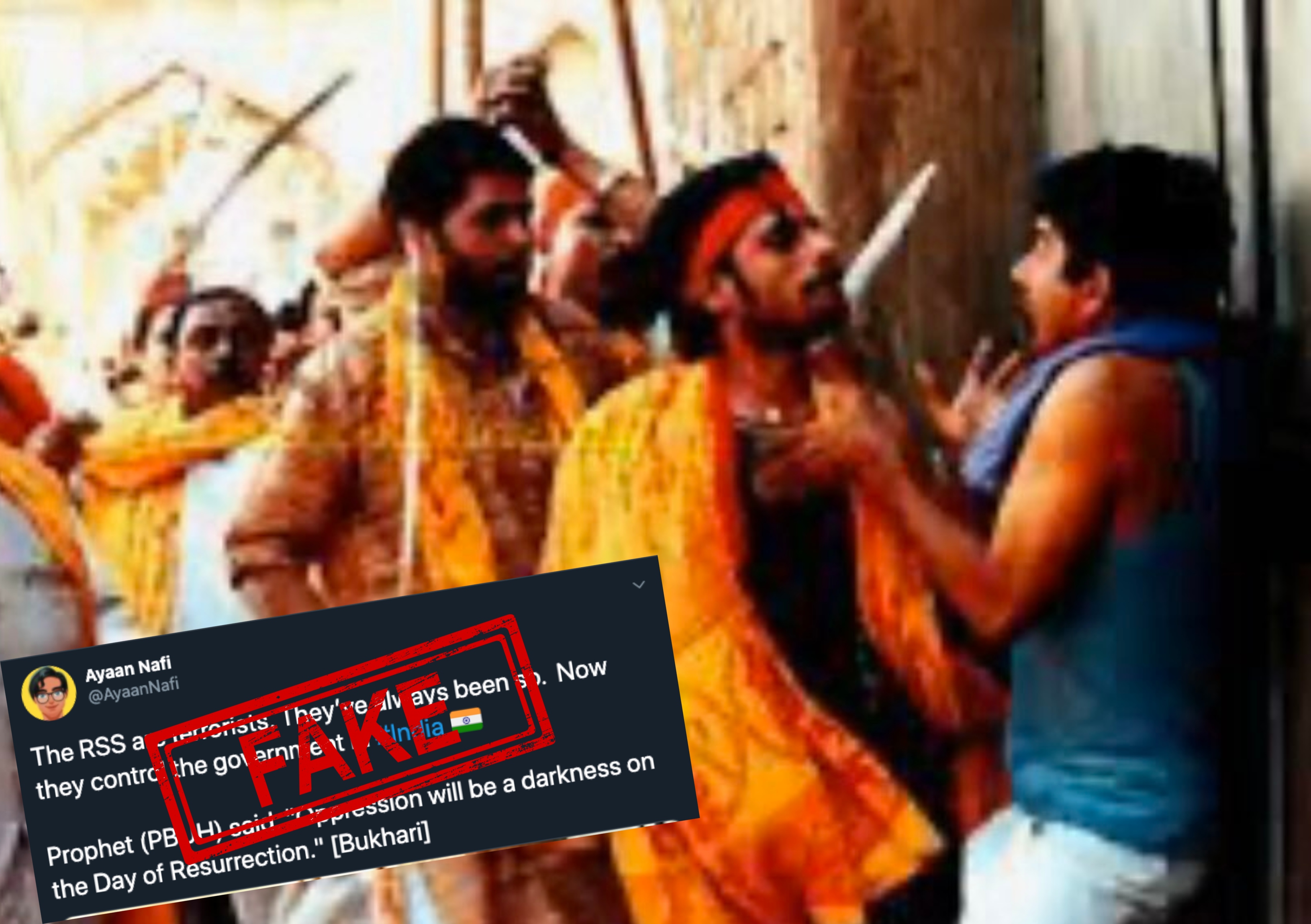 An image has been circulating online showing men in saffron-clad clothes with swords in their hands threatening & terrifying an individual. The caption for the image reads: The RSS are terrorists. They’ve always been so. Now they control the government in #India. 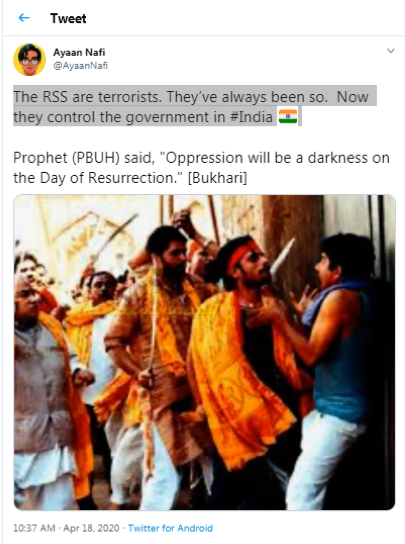 The RSS are terrorists. They’ve always been so. Now they control the government in #India 🇮🇳

Prophet (PBUH) said, “Oppression will be a darkness on the Day of Resurrection.” [Bukhari] pic.twitter.com/zggz4btAp9

In 2003, a Bajrang Dal activist, Dara Singh, was convicted of leading the gang that murdered Graham Staines and his sons, and was sentenced to life in prison.#IndianNukesWithRSS pic.twitter.com/h9qhpPw0gp

We fact-checked these claims attached to the picture and found them to be FALSE.

On the putting the viral picture through the Google Reverse Image Search, we found an article in The Indian Express dated June 29, 2016, that featured the same image. 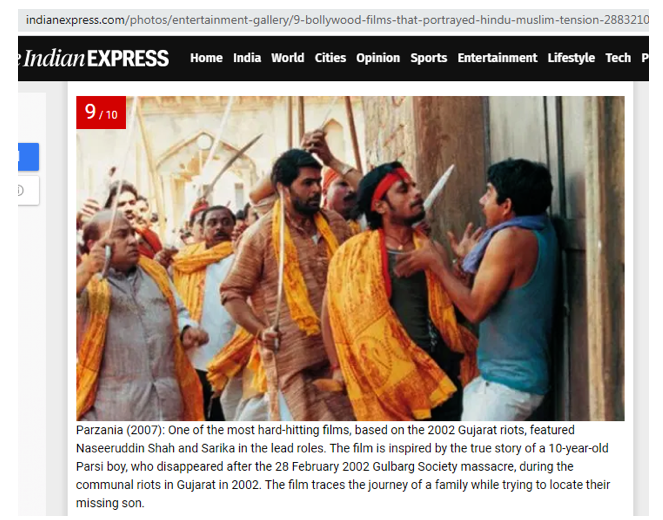 The article talks about Bollywood Films which depicted the tension between Hindus and Muslims. The picture in question is a still from the acclaimed 2007 Bollywood film Parzania.

Hence, it is clear that picture being circulated to target the RSS is that of a still from a film. 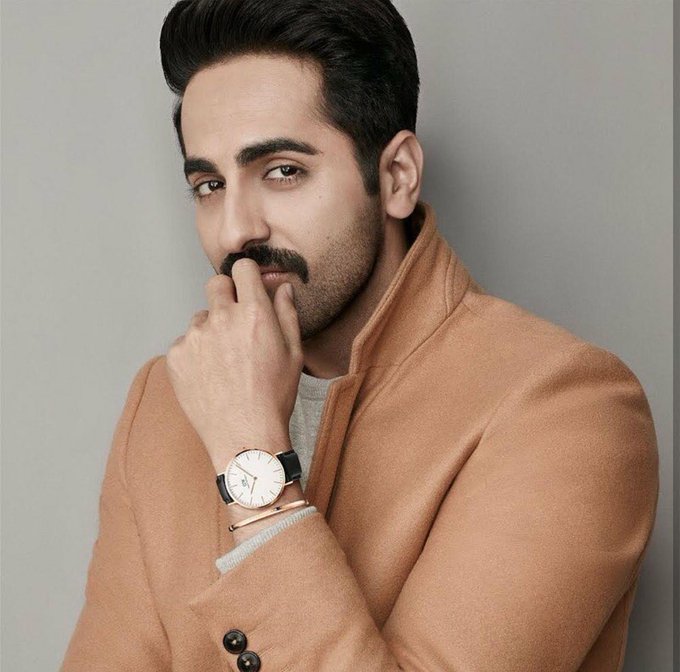