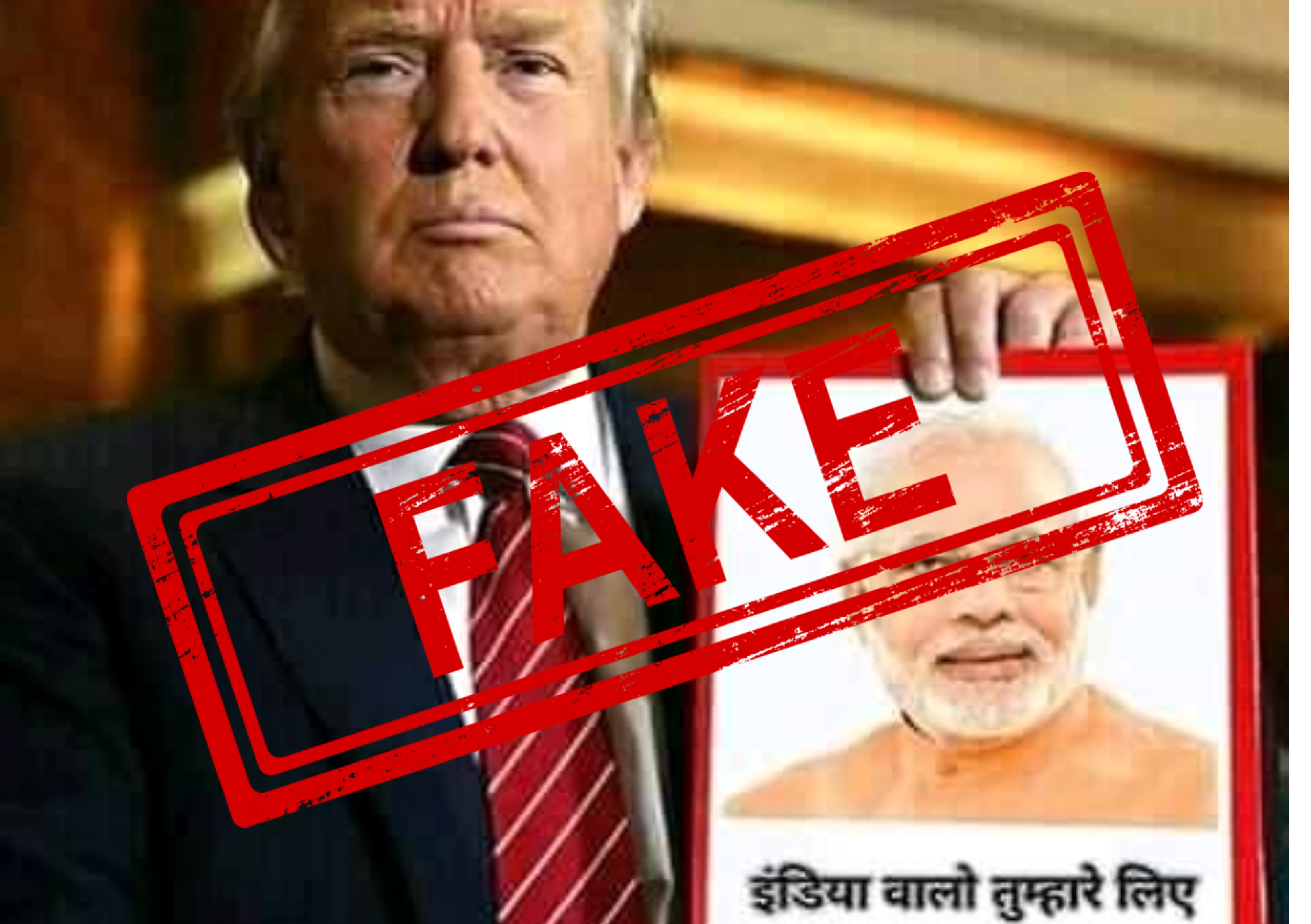 A picture of US President Donald Trump is doing the rounds on social media in which he can be seen holding a picture of Prime Minister Narendra Modi with Hindi text that reads- “इंडिया वालो तुम्हारे लिए कैसा इंसान है ये” (Translation: India, how is this person for you) 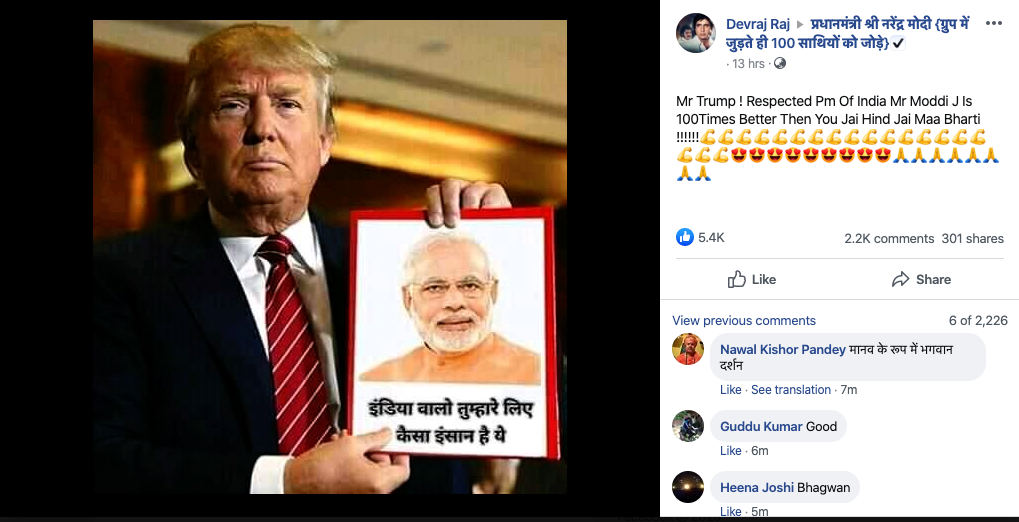 At the time of filing this report, the above picture was shared by over 300 Facebook users.

ALSO READ: Fact Check: Manoj Tiwari did not violate the lockdown; here’s the…

On putting the picture through a Reverse Image Search, we came across several reports which had used the picture similar to the one in question.

On our investigation, we found the original picture on the official website of Getty Images, which was taken on September 03, 2015. 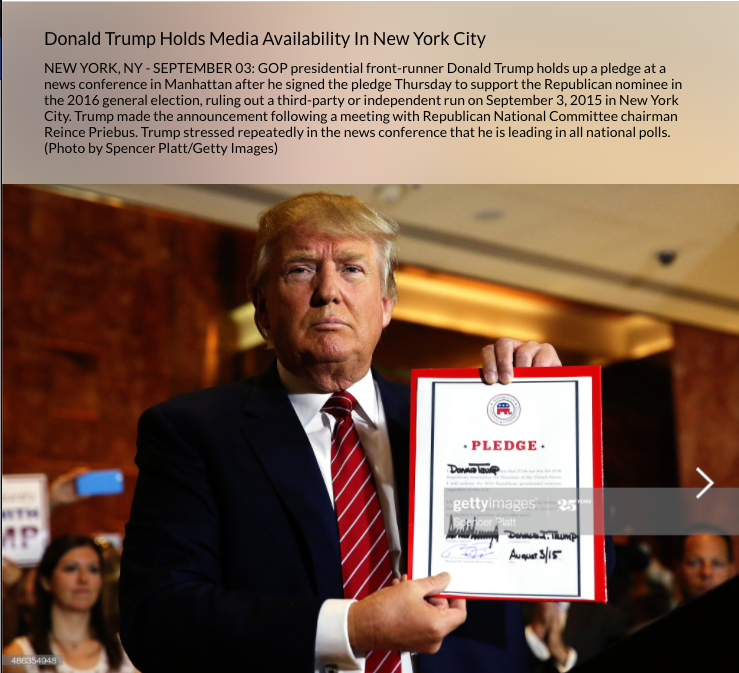 According to the caption, the picture was taken in Manhattan after he signed the pledge to support the Republican nominee in the 2016 US Presidential elections.

“GOP presidential front-runner Donald Trump holds up a pledge at a news conference in Manhattan after he signed the pledge Thursday to support the Republican nominee in the 2016 general election, ruling out a third-party or independent run on September 3, 2015 in New York City. Trump made the announcement following a meeting with Republican National Committee chairman Reince Priebus. Trump stressed repeatedly in the news conference that he is leading in all national polls,” the caption read. 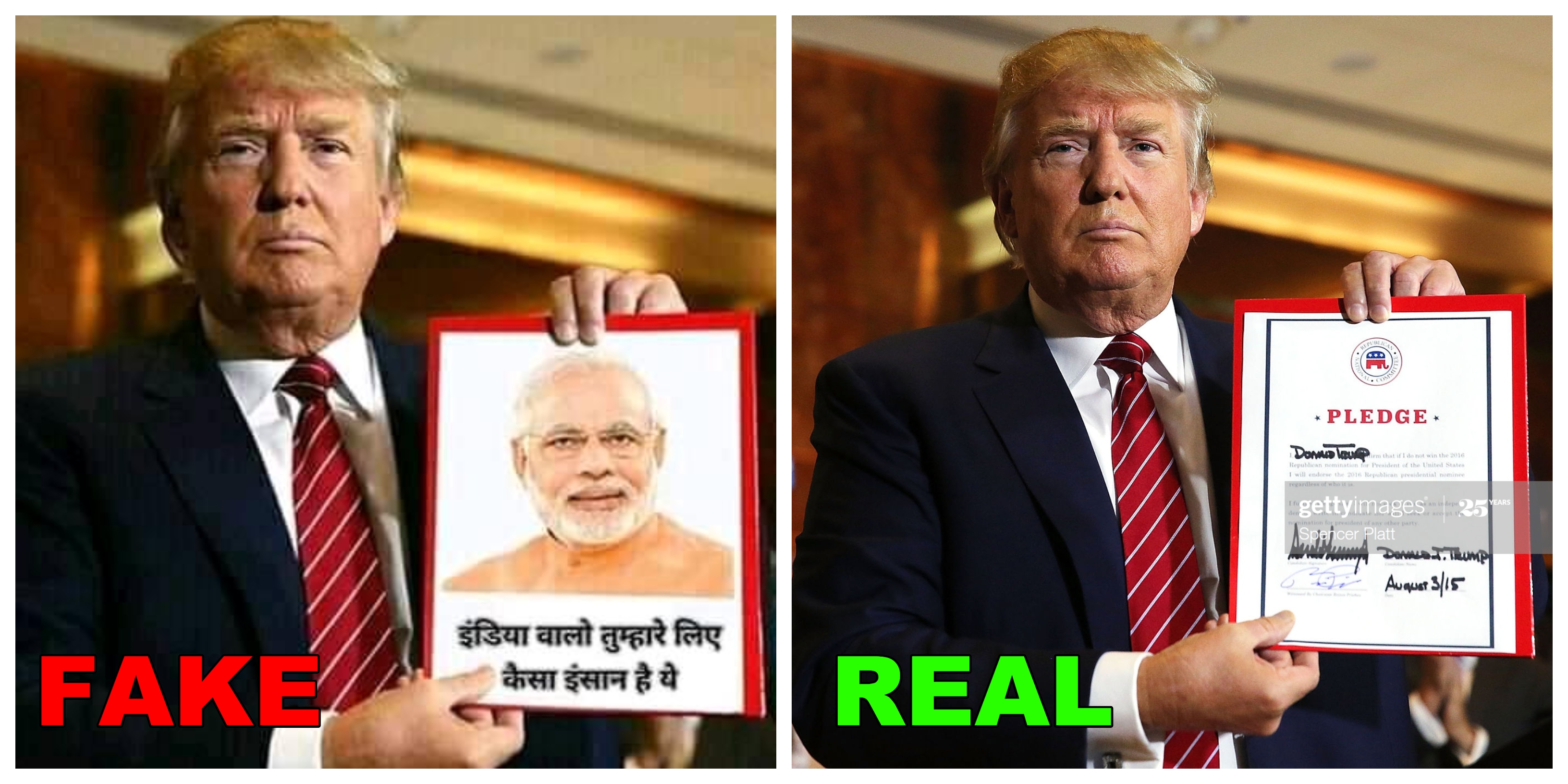 In the above FAKE vs REAL collage, it is clear that PM Modi’s picture has been superimposed on the original picture using photo editing software.