A Lower Court had earlier dismissed the 64-year-old’s plea against extradition to India in a Rs 9,000 crore scam involving money laundering charges and non-repayment of loans.

Lord Justice Stephen Irwin and Justice Elisabeth Laing rejected the plea due to the prevailing situation over the deadly coronavirus and upheld the position taken by the CBI and the Enforcement Directorate (ED) who were deemed to have successfully established a case against Mallya. 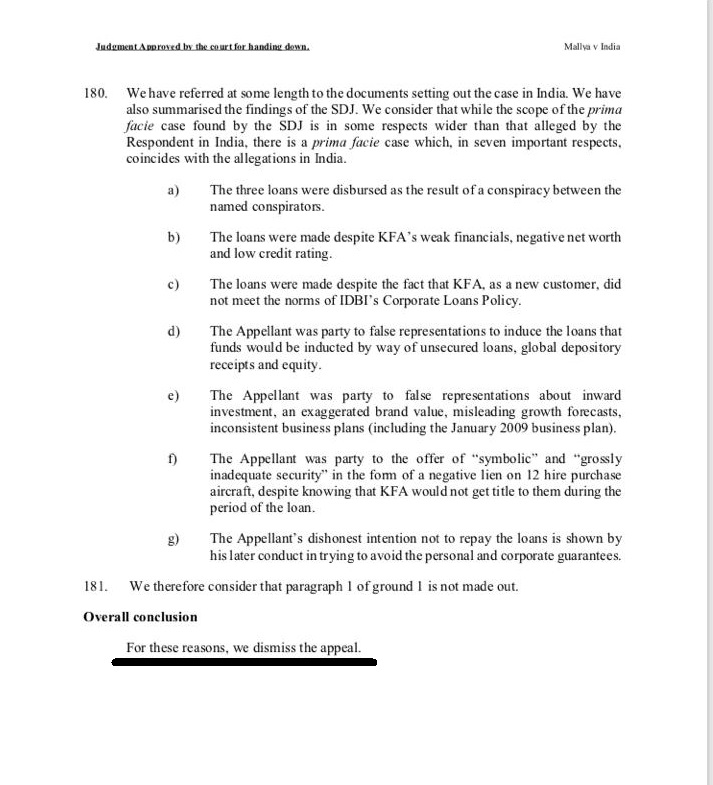 The Liquor Baron who held many assets and companies including the Bangalore Royal Challenger has been accused of fleeing the country despite arrest warrants issued against him.

Earlier, the special court in Mumbai had declared him a ‘Fugitive Economic Offender’, making him the first businessman to be charged under the anti fugitive law.