Home Home Slider NASA to launch American astronauts to Space Station from US for the... 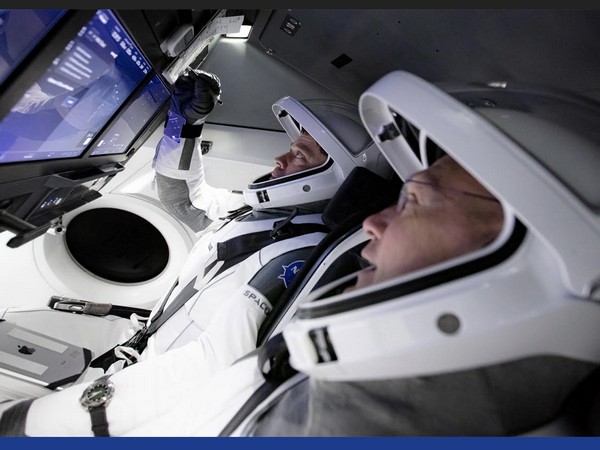 NASA has announced that it will launch two American astronauts to the International Space Station aboard a rocket built by SpaceX on May 27.

The launch will mark the first manned flight of NASA crews from the US soil since 2011 and the first launch of a rocket owned by a private company: SpaceX, the commercial space company founded by Elon Musk.

NASA has been using Russian rockets for manned flights since its space shuttle was retired in 2011. If successful, SpaceX will become the first private firm to send NASA astronauts into space.

NASA has assigned two of its most experienced astronauts, Bob Behnken and Douglass Hurley, to the upcoming SpaceX mission. Behnken and Hurley will fly on SpaceX’s Crew Dragon spacecraft, lifting off on a Falcon 9 rocket at 4:32 p.m. EDT May 27 from Florida, for an extended stay at the space station.

LAUNCH UPDATE: Our first crewed @SpaceX mission with @AstroBehnken and @Astro_Doug is set for liftoff May 27 at 4:32pm ET from @NASAKennedy.@NASA_Astronauts will once again launch on American-made rockets from American soil. Get ready to #LaunchAmerica: https://t.co/kMRxVZ6KgE pic.twitter.com/DZ0HJcwcDB

The specific duration of the mission is yet to be determined.

Behnken will be the joint operations commander for the mission, responsible for activities such as rendezvous, docking and undocking, as well as Demo-2 activities while the spacecraft is docked to the space station. He was selected as a NASA astronaut in 2000 and has completed two space shuttle flights.

Hurley will be the spacecraft commander for Demo-2, responsible for activities such as launch, landing and recovery. He was selected as an astronaut in 2000 and has completed two spaceflights.

Behnken and Hurley were among the first astronauts to begin working and training on SpaceX’s next-generation human space vehicle and were selected for their extensive test pilot and flight experience, including several missions on the space shuttle.

Crew Dragon will accelerate its two passengers to approximately 17,000 mph and put it on an intercept course with the International Space Station. Once in orbit, the crew and SpaceX mission control will verify the spacecraft is performing as intended by testing the environmental control system, the displays and control system and the manoeuvring thrusters, among other things.

In about 24 hours, Crew Dragon will be in a position to rendezvous and dock with the space station.

After successfully docking, Behnken and Hurley will be welcomed aboard the station and will become members of the Expedition 63 crew. They will perform tests on Crew Dragon in addition to conducting research and other tasks with the space station crew.

Although the Crew Dragon being used for this flight test can stay in orbit about 110 days, the specific mission duration will be determined once on a station based on the readiness of the next commercial crew launch. The operational Crew Dragon spacecraft will be capable of staying in orbit for at least 210 days as a NASA requirement.

Upon conclusion of the mission, Crew Dragon will autonomously undock with the two astronauts on board, depart the space station and re-enter the Earth’s atmosphere. Upon splashdown just off Florida’s Atlantic Coast, the crew will be picked up at sea by SpaceX’s Go Navigator recovery vessel and return to Cape Canaveral.

The Demo-2 mission will be the final major step before NASA’s Commercial Crew Program certifies Crew Dragon for operational, long-duration missions to the space station.

This certification and regular operation of Crew Dragon will enable NASA to continue the important research and technology investigations taking place onboard the station, which benefits people on Earth and lays the groundwork for future exploration of the Moon and Mars starting with the agency’s Artemis program, which will land the first woman and the next man on the lunar surface in 2024.