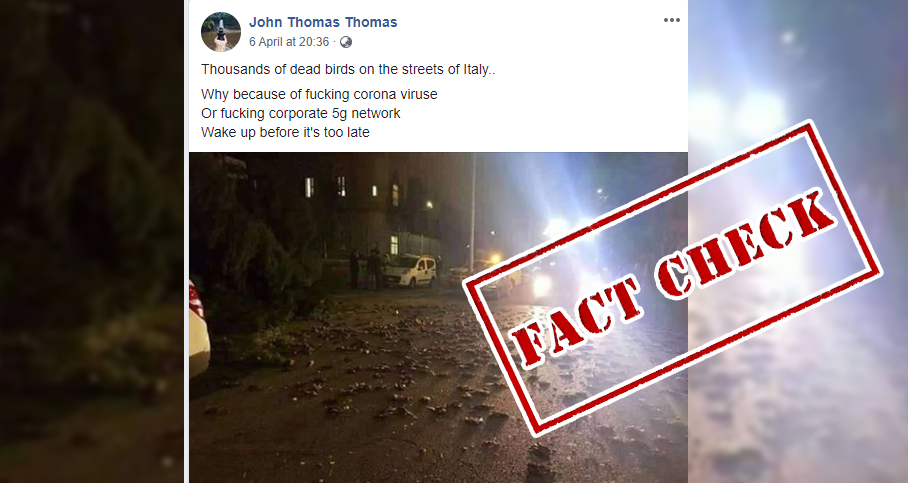 A few pictures of birds lying on streets, seemingly dead, are being shared on social media and claims are being made that they died because of Coronavirus or 5G network.

“Thousands of dead birds on the streets of Italy..Why because of fucking corona virus Or fucking corporate 5g network. Wake up before it’s too late, ” the caption read.

Birds dropping like flies in Italy…..We need to stop that 5G.
I’ve seen similar vidoes from UK and other countries. Those radiations are slowly wasting animal lifes.
It happened yesterday.
Repost @youcantstopthetruth pic.twitter.com/J5Vv2y9yet

NewsMobile fact-checked the above post and found that the claim is misleading.

We put the image through a Reverse Image Search and found that the pictures are from Rome.

The same pictures were uploaded by Roma Today on their Facebook page on February 5, 2020.

According to the article, the incident took place on Viale del Policlinico, a road in Rome on February 4, 2020. Italian media outlets reported that a tree fell over due to strong winds, injuring a man and killing a group of birds who had made their nest in that tree.

The incident was covered by several other local media outlets. Il Messaggero also uploaded a video captured on the location. 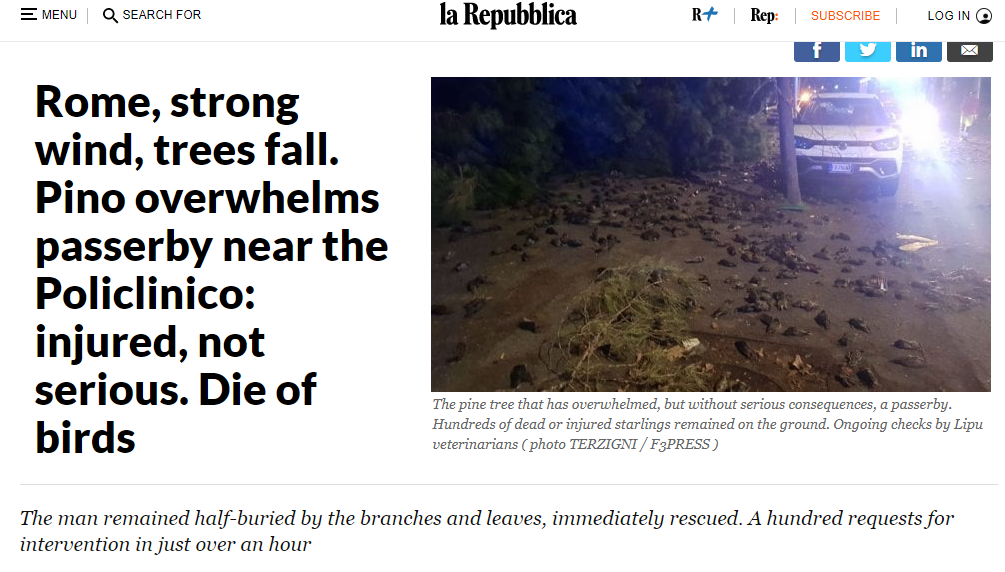 On further investigation, we also found a post by the Wildlife Recovery Center – LIPU (Italian League for Bird Protection), explaining as to what could have happened.

“The most probable hypothesis is that the very strong wind, which was already swaying the branches of the tree, made hundreds of sleeping animals resting on it lose their sense of direction and probably did not perceive that they were falling together with the tree. If we also consider that it was dark and that the animals were still sleeping, it is normal that they were taken by surprise by such an unexpected event.
All the specimens that arrived and those who died on the spot had traumatic injuries or injuries, none had symptoms of intoxication or poisoning and indeed all, apart from the injuries, were in a perfect state of health also because they are preparing to leave for the migration that will bring them to reproduce in northern Europe ” the post read.

Moreover, as per the WHO website, “to date, and after much research performed, no adverse health effect has been causally linked with exposure to wireless technologies.” 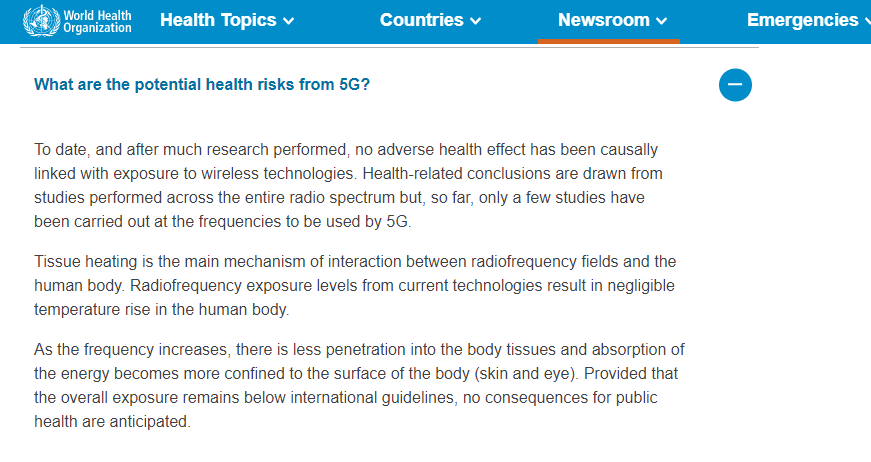 We debunked a similar claim back in February 2019.

Fact Checked: 297 birds died in The Netherlands but not due to 5G test

This proves that the above picture of birds has nothing to do with Coronavirus or 5G network. 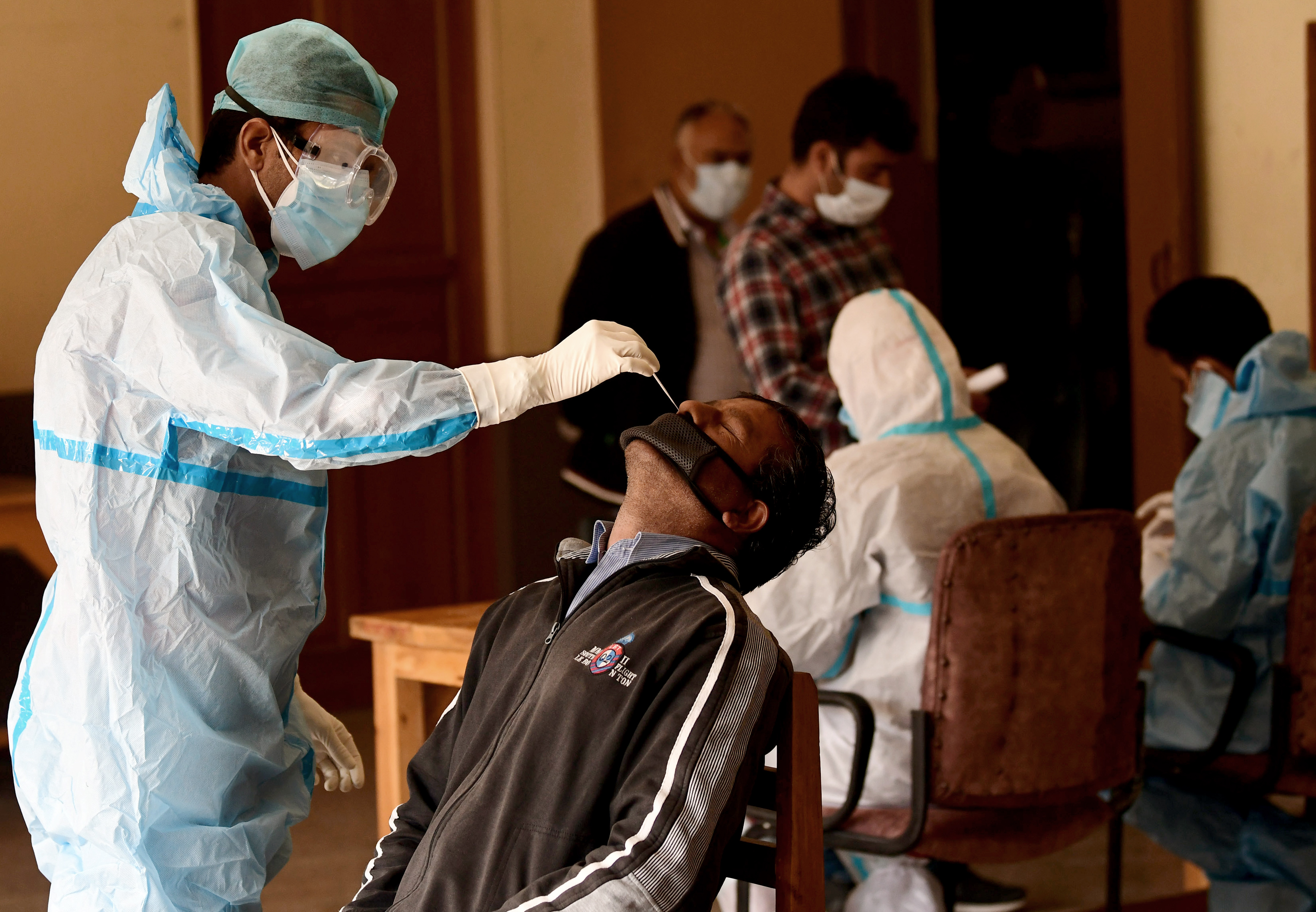