The world is taking note of India’s humanitarian diplomacy and Prime Minister Narendra Modi’s message that India shall do everything to help the world tide over this crisis. 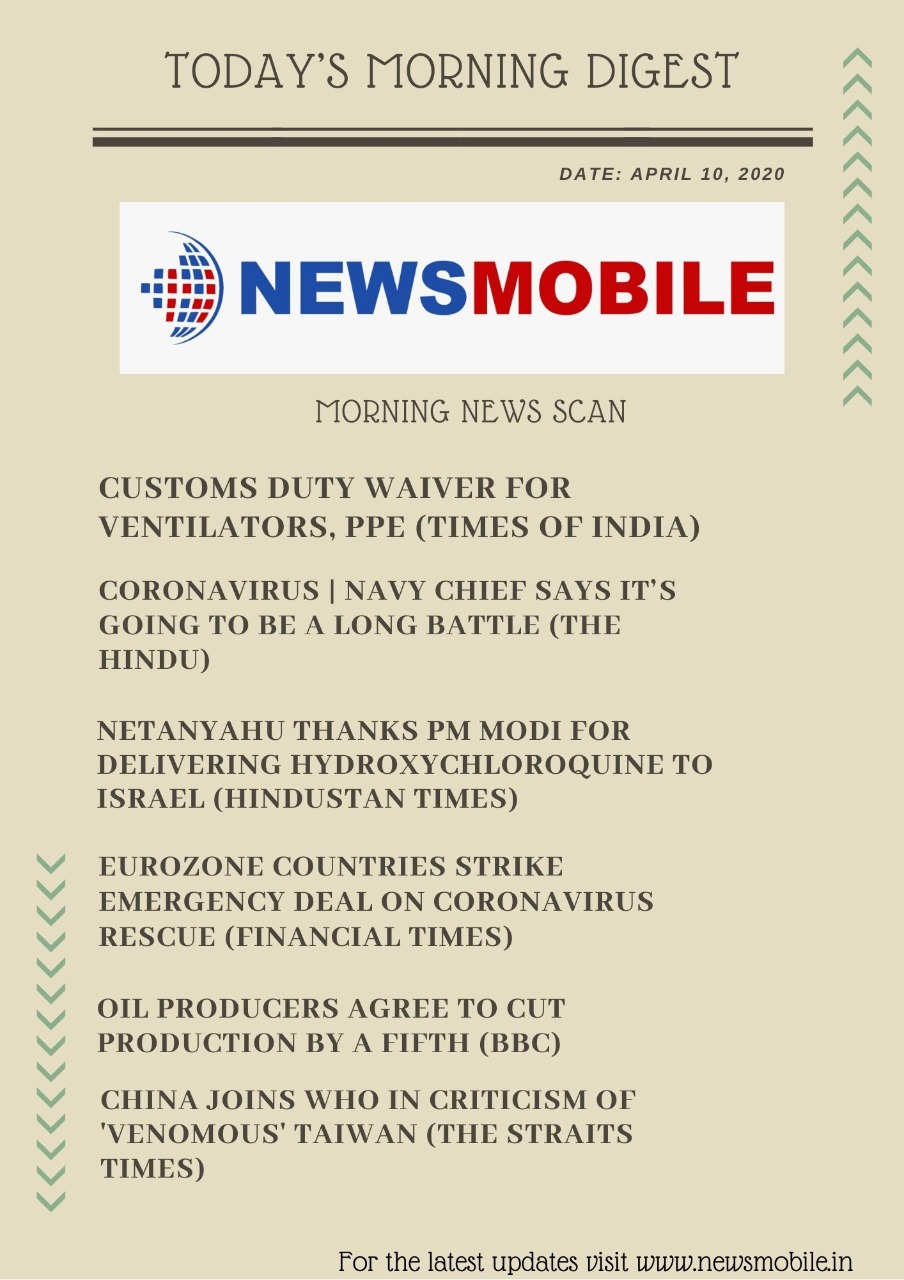 Here are the top global developments this Friday morning:

Thank you, my dear friend @narendramodi, Prime Minister of India, for sending Chloroquine to Israel.

3. The USA has a little over quarter of the total number of cases and Italy has the greatest number of deaths that have been reported.

4. With over 150,000 cases and a little over 15,000 deaths being reported, Spain is emerging as a new spot, slowly and steadily leaving other nations including Italy behind.

5. After many disagreements and delay, the European Union (EU) has agreed to a 500 billion Euro fiscal stimulus to stimulate a depressed economy.

6. In Britain, Prime Minister Boris Johnson has been shifted out of the ICU and is condition is said to have improved considerably. However, he continues to remain in the hospital.

7. After other organizations, it was the turn of the International Monetary Fund (IMF) Managing Director Kristalina Georgieva to warn of a crisis worse than the ‘Great Depression’ being caused due to the Coronavirus pandemic.

8. The World Health Organization’s (WHO) Director General Tedros Adhanom has complained of racist attacks on him, which he said can be traced back to Taiwan. China has condemned this.

9. According to the US Department of Labour, as of April 4, over 6.6 million people have filed for unemployment allowance. This is being seen as an indicator of the economic effects of the crisis.

10. In a sign of positive news, New York has reported a drop in the hospitalization rate. However, there is no respite from the number of deaths and positive cases being reported.