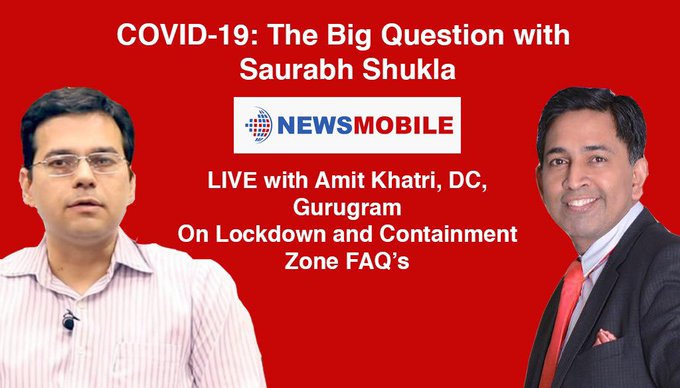 NewsMobile Editor-in-Chief Saurabh Shukla on Friday, had an interactive discussion with Gurugram deputy commissioner, Amit Khatri, on issues around the spread of the Coronavirus and challenges during the lockdown.

Here is the transcript of the interaction-

The Haryana DC expressed that up till now, it has been well contained, all thanks to the support of the citizens of Gurugram. The district administration on Thursday declared nine containment zones. These include Raipur village in Sohna, Sector-9, Nirvana Country in Sector-54, Palam Vihar, Emar Palm Gardens in Sector-83, Laburnum society in Sushant Lok-1, Sector-39, village Fazilpur, Jharsa and Ward no.11 Pataudi. 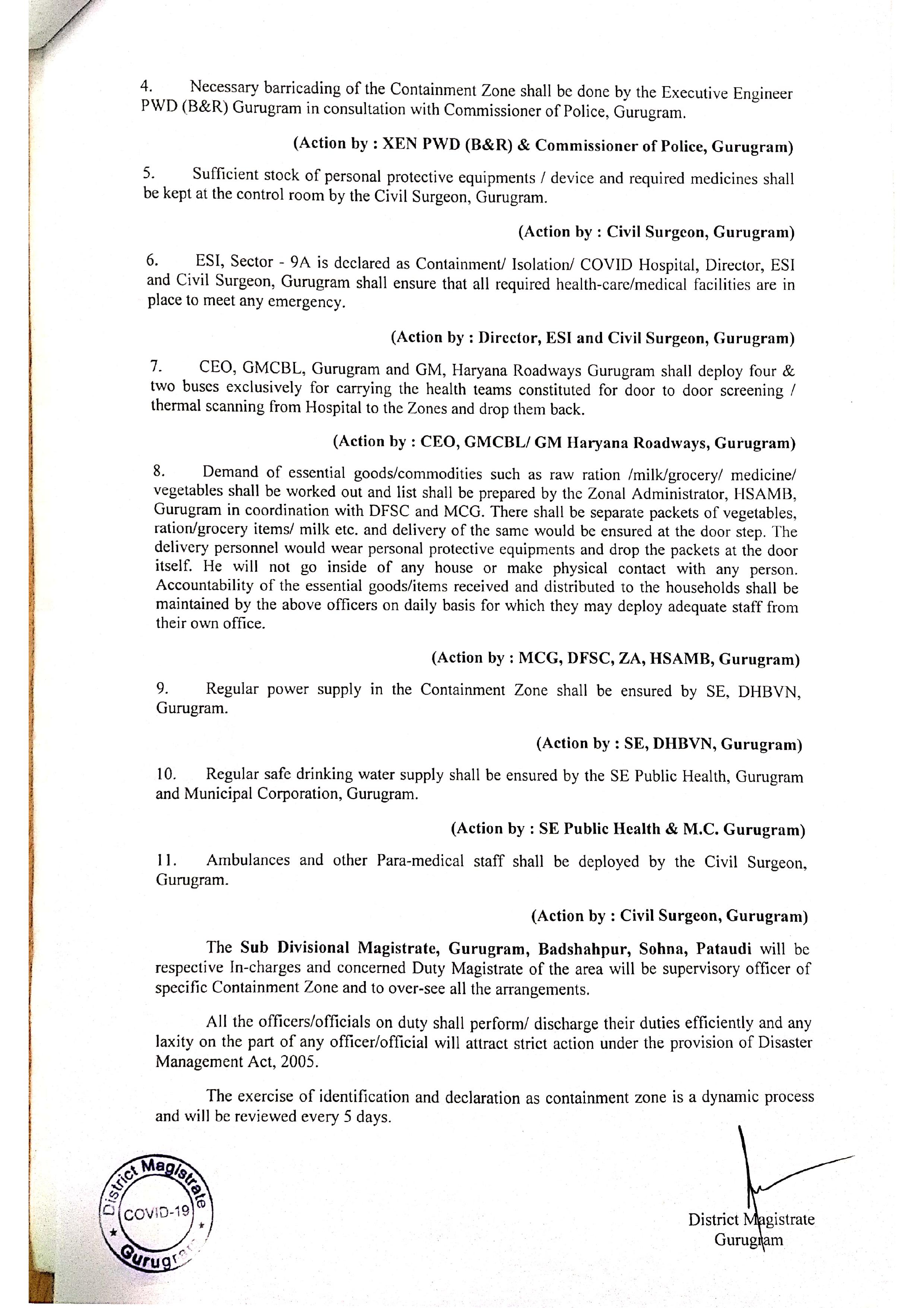 1. Call 1950 for any assistance during lockdown.

2. Only people with symptoms or history of travel to be tested.

3. I give credit to residents of Gurugram who have adhered to lockdown, the DC said.

4. Those requiring medical emergencies will be allowed to go out.

5. Online grocery deliveries to be allowed to come to condominiums.

6. The DC also said that they will allow local shops to open. Ingress and egress will be monitored.

7. No testing for those who don’t have symptoms.

9. Every 5 days, review to be done to assess the containment areas. Some areas could be taken out and new ones can be included (depending upon progress).

10. 280 FIR’s have been filed against violators and arrests have been made.

11. He also stated that the administration doesn’t want to give any undue pain to residents. This was a necessity.

12. After due checks and procedures, deliveries and medical deliveries will be allowed in containment zones.

At present, Gurugram has 32 Covid-19 positive cases excluding the 14 Italians who were admitted to Medanta hospital. The 12 cases that came into light on Wednesday had attended the Tablighi Jamaat in Delhi’s Nizamuddin last month.