Home Coronavirus Fact Check Whales were NOT spotted at Bombay High; here’s the truth behind this... 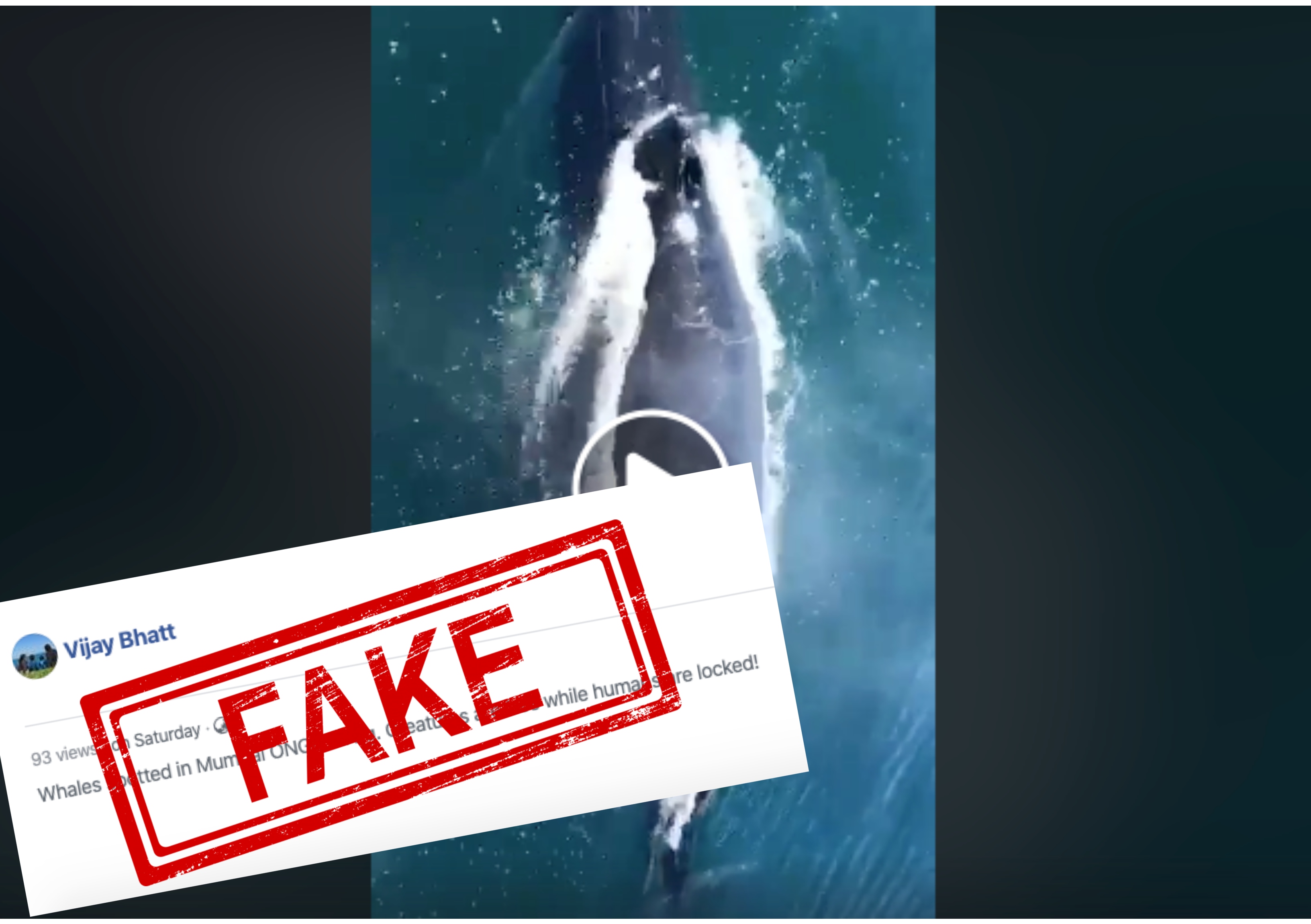 Amid the nationwide lockdown, a video is doing rounds on social media in which a giant creature can be seen in a water body. It is being claimed that whales were spotted at Bombay High Oil Field and it was filmed by ONGC oil rig employees. 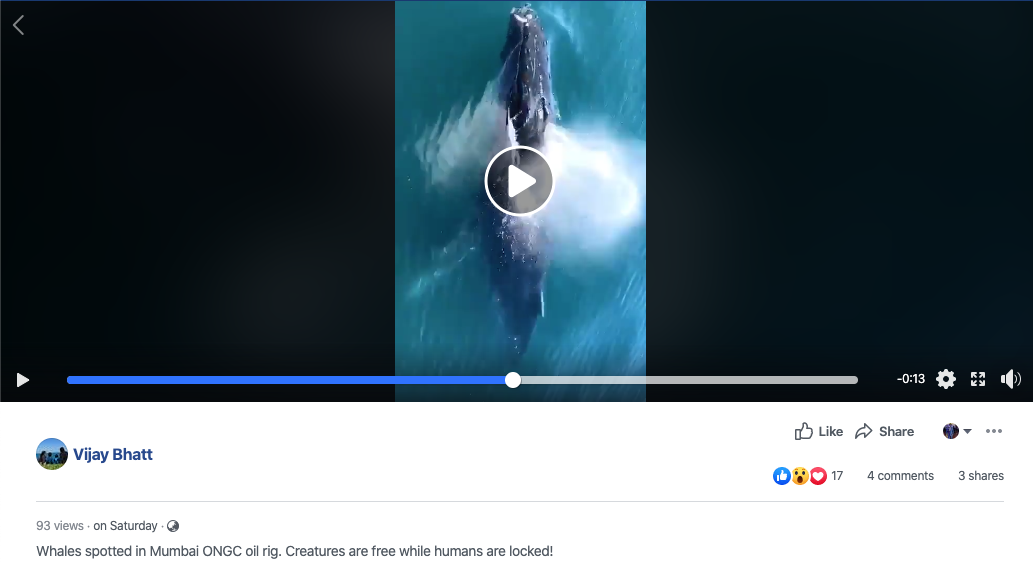 The caption of the video read: “Whales spotted in Mumbai ONGC oil rig. Creatures are free while humans are locked!”

We extracted the keyframes of the video through InVid. On putting them through Reverse Image Search, we came across a video report by BBC Indonesia dated August 29, 2019, which featured the same video.

According to the BBC report, the video was shot when a group of humpback whales were spotted crossing the Karimunjawa sea in Indonesia.

In conclusion, the above information establishes that the video is old and it is not from Bombay High.