Home Coronavirus Fact Check Did a female doctor die in MP after being attacked by ‘Jihadis’?... 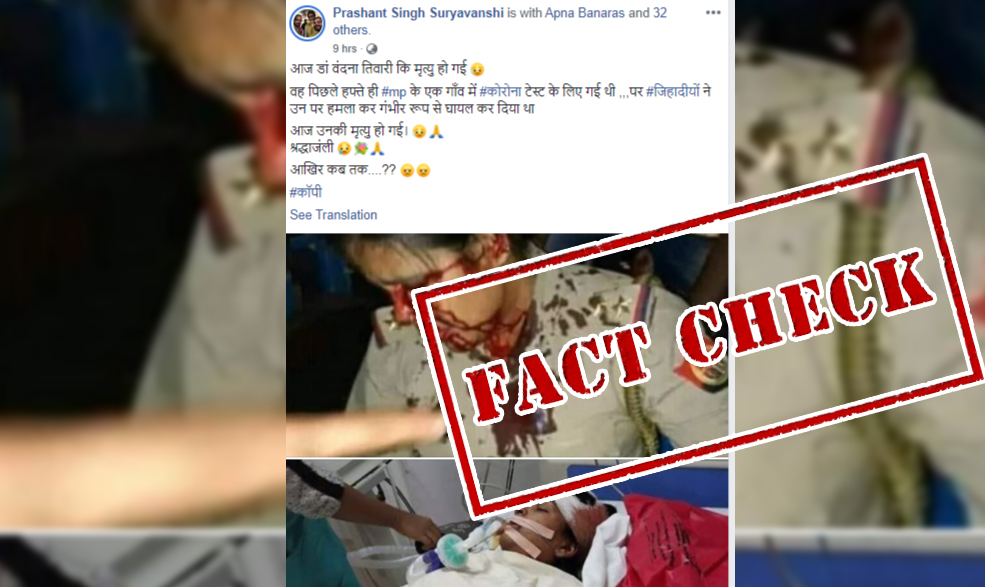 A post featuring two pictures – one of an injured cop and other of a woman in a hospital bed, is being shared online.

According to the caption, the woman in the picture is Dr. Vandhana Tiwari who passed away after an attack. 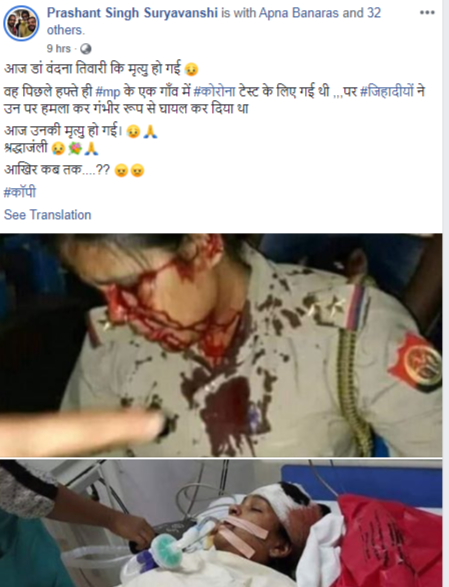 However, according to news reports, Pharmacist, Vandana Tiwari, died during treatment on April 1, 2020. The reports state that Dr. Tiwari suffered a brain hemorrhage on the night of March 31, while she was on duty.

Vandana was a pharmacist and the caretaker of a girls hostel at Shivpuri Medical College in Madhya Pradesh. 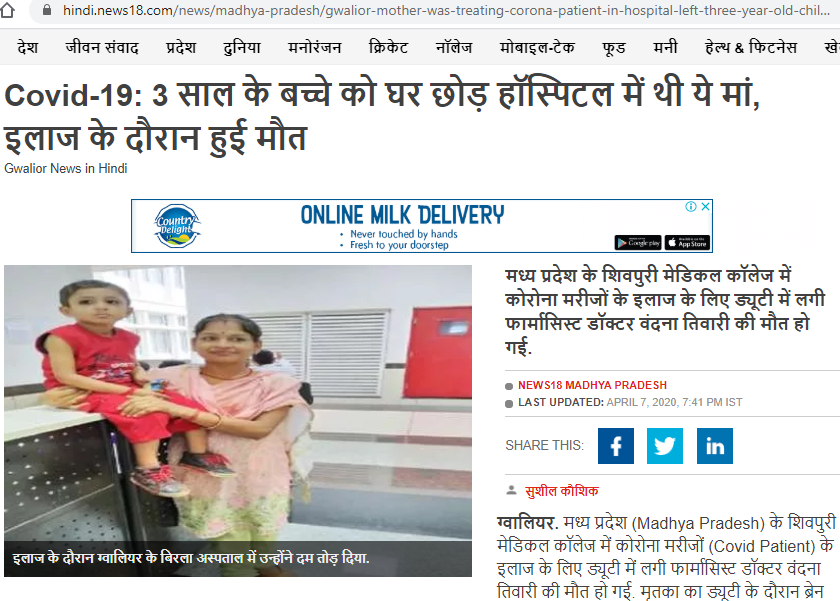 Also, in the picture of the female cop, we noted the insignia on her uniform, is of the Uttar Pradesh Police.

In the above collage, it can be clearly seen that the injured female cop, is from UP police. However, NewsMobile could not independently identify the origin of this picture.

We found the second image in an article by Bhopal Samachar on Dr. Vandana Tiwari. 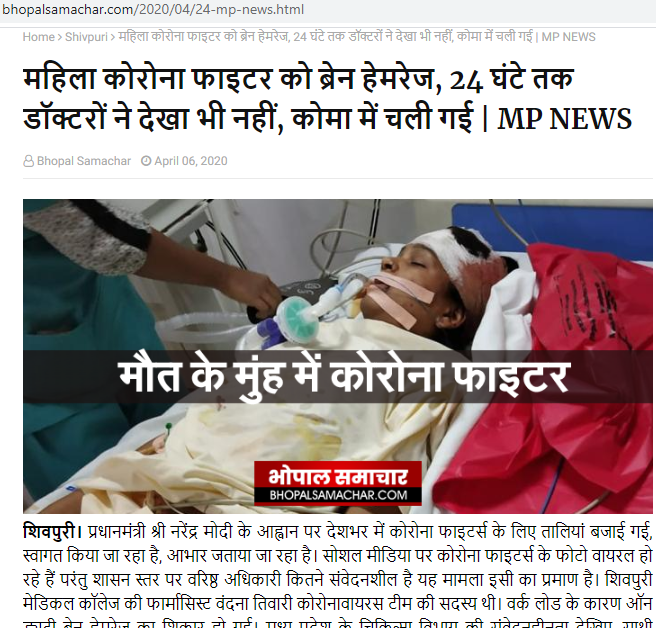 The above information proves that even though the news of the death of Dr. Vandana Tiwari is correct, the other claims attached to the post are FALSE.