With a considerable amount of back and forth the Indo-US headlines are doing, the world is witnessing a surge in developments relating to the COVID-19 spread. 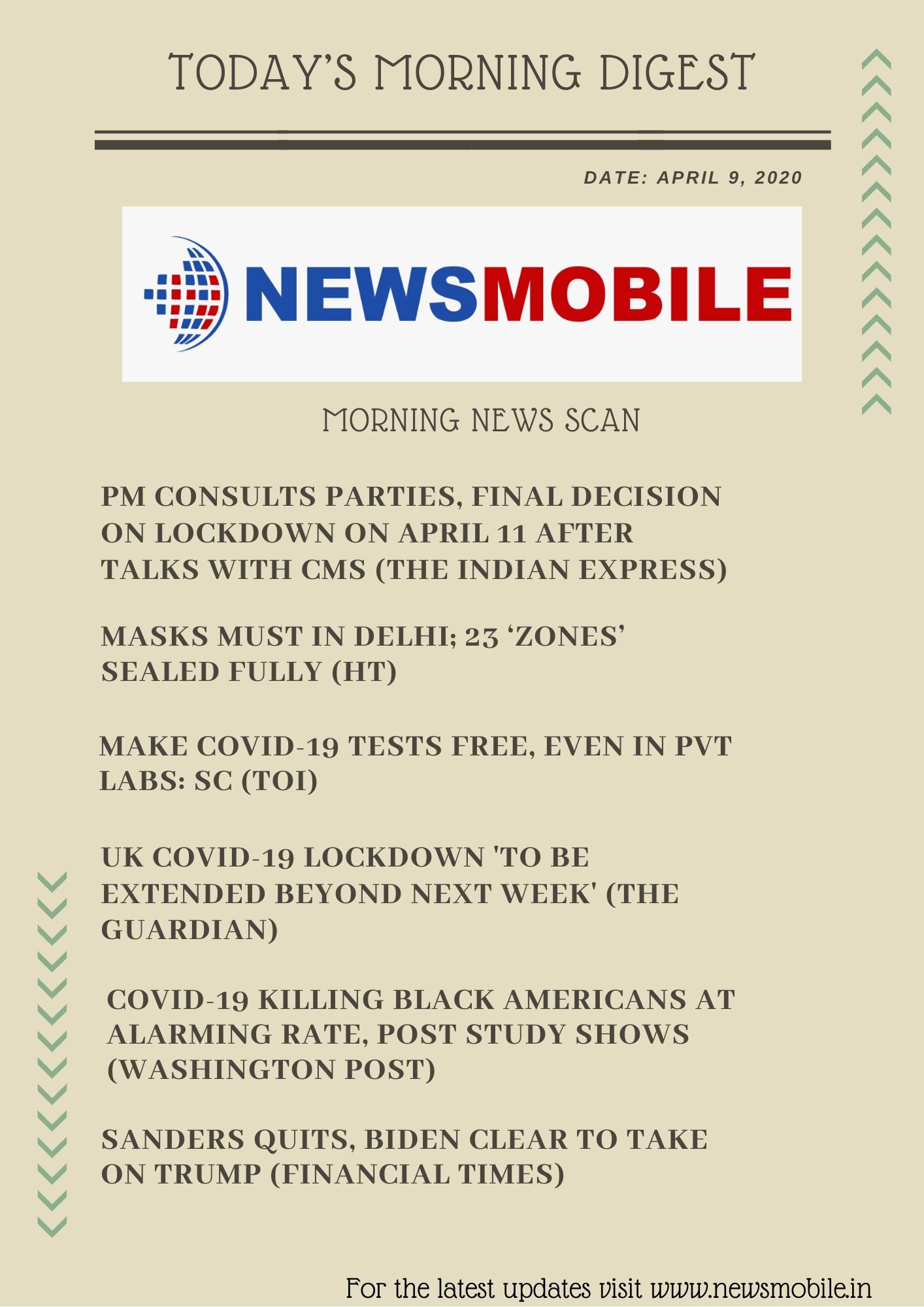 2. United States reports nearly 2,000 Coronavirus deaths for the second day in a row. The number of positive cases now stands at 432,132, while the deaths toll stands at 14,817.

3. US President Donald Trump thanked India and the Indian people for the decision on Hydroxychloroquine exports and said this it ‘will not be forgotten’.

Extraordinary times require even closer cooperation between friends. Thank you India and the Indian people for the decision on HCQ. Will not be forgotten! Thank you Prime Minister @NarendraModi for your strong leadership in helping not just India, but humanity, in this fight!

READ MORE HERE- COVID-19 | Trump thanks India for helping US with hydroxychloroquine; says…

4. Brazil President Jair Bolsonaro in his address to the nation thanked PM Modi for helping Brazil with Hydroxychroloquine. He said, “As an outcome of my direct conversation with Indian PM, we’ll receive, raw materials to continue our production of Hydroxychloroquine to treat COVID-19”.

5. United Kingdoms witnessed another blow of highest deaths in a single day. The total number of confirmed cases now stands at 61,474 and the death toll stands at 7,111.

6. New York, the hardest-hit state in the US, on Wednesday flew flags at half-mast as the number of coronavirus-related deaths in a single day reached a record.

I am directing flags be flown at half-mast in honor of those we have lost to this vicious virus.

They are in our hearts. pic.twitter.com/OT3KCEQkll

7. Taiwan’s Foreign Ministry on Thursday condemned accusations from the head of the World Health Organization (WHO) that it had used racist slurs against him as ‘groundless’.

On Wednesday, WHO Director General Tedros Adhanom Ghebreyesus said ‘racist slurs’ had been made against him, which he said had originated in Taiwan.

Like in India after the Nizamuddin Markaz congregation, in Pakistan too the Tablighi Jamaat is facing criticism for organising its annual mass assembly at Raiwind Markaz last month in the wake of the outbreak of coronavirus.

According to a Dawn report, the Jamaat organised its annual mass assembly despite strong opposition by the Punjab province government.

For latest updates on COVID-19, stay tuned to the LIVE UPDATES counter with NewsMobile!