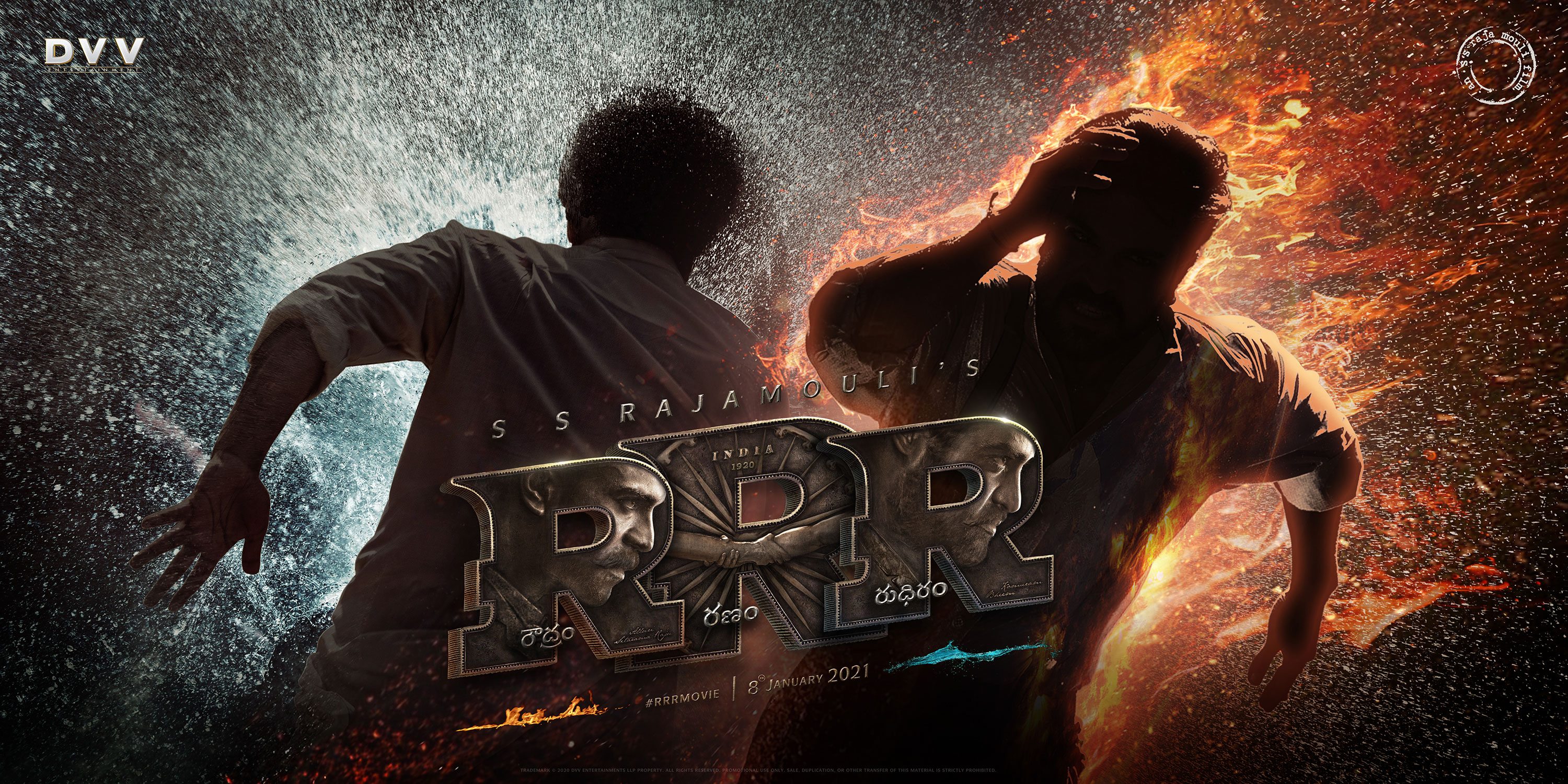 SS Rajamouli’s next movie ‘RRR’, that marks Alia Bhatt and Ajay Devgn’s debut flick in the Telugu language, had its first motion poster released on Wednesday.

Actors Alia and Ajay took to their respective social media platforms to reveal the motion poster.

While sharing the poster on Twitter, Devgn wished everyone a ‘Happy #GudiPadwa’

“When the powers of opposing forces like fire and water come together, intense energy is what you’ll have!,” he wrote.

The ‘Highway’ actor too shared the poster on Instagram.

The poster of the Telugu-action period drama depicts two individuals, one signifying water while the other water, through graphical representation.

The film’s director SS Rajamouli also shared the motion poster on his Twitter handle and wrote:” Water douses fire! Fire evaporates water! And the two forces come together with immense energy… to present the title logo of #RRR!!!”

The movie, set in the 1920s India, is a fictional tale on two freedom fighters– Alluri Sitarama Raju and Komaram Bheem.

Stevenson and Doody will be seen as the lead antagonist couple – Mr. Scott and Lady Scott. Meanwhile, Morris is set to essay the role of the leading lady – Jennifer.