Home NM FACT CHECKER Banks are NOT blocking accounts from April 1st if NPR document is... 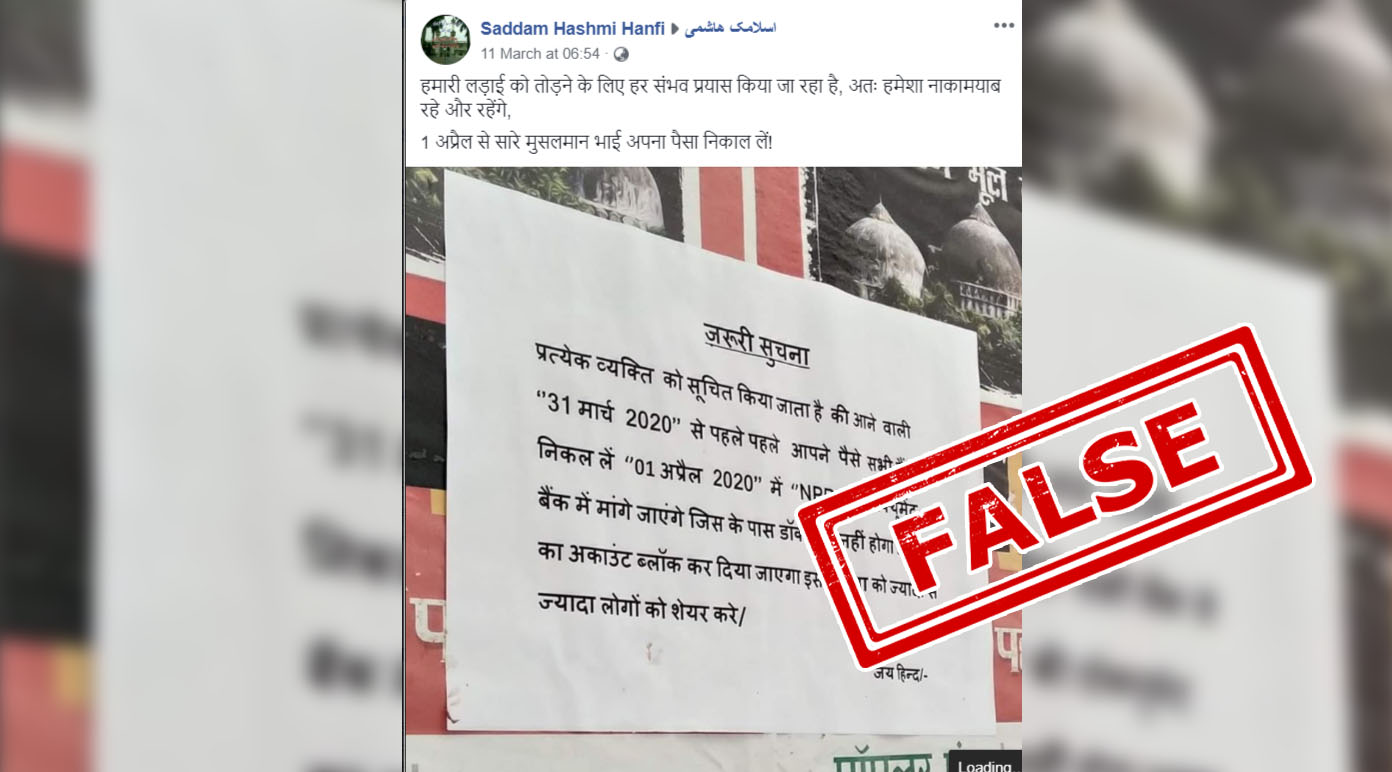 A picture of notice is being shared on social media. The notice urges people to withdraw their money from the banks before March 31, 2020, as from April 1, 2020, people will be required to submit their documents for NPR.

The notice also claims that the accounts of everyone who fails to submit the documents will be blocked. 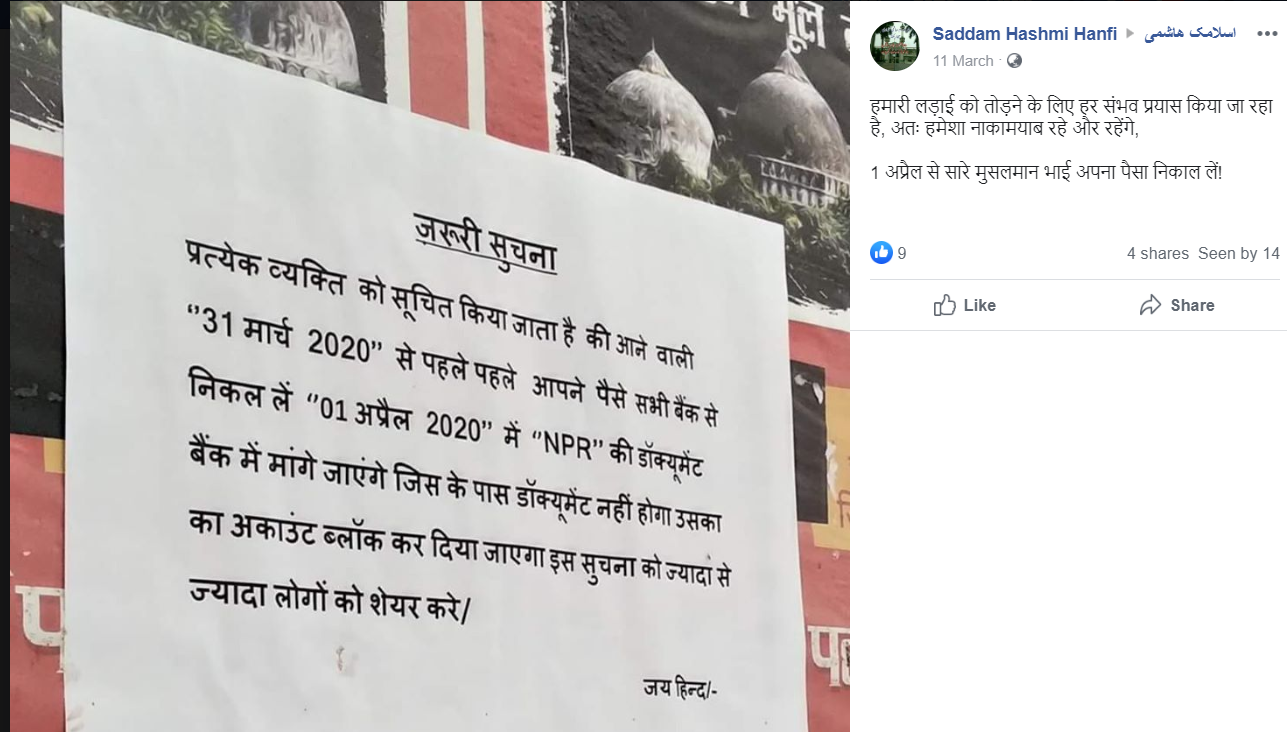 We found a Facebook post by PIB calling out this fake news. The post said that no just notices have been issued by RBI and this message is fake.

We also found several articles dated January 2020, stating that according to RBI’s directory, NPR can be used by banks as a KYC document. The other documents that can be used for KYC are – passport, the driving licence, proof of possession of Aadhaar number, the Voter’s Identity Card issued by the Election Commission of India, job card issued by NREGA duly signed by an officer of the State Government.

However, we did not find any reports stating the accounts will be blocked if NPR documents are not submitted.

Hence, it can be concluded that the above post is false.