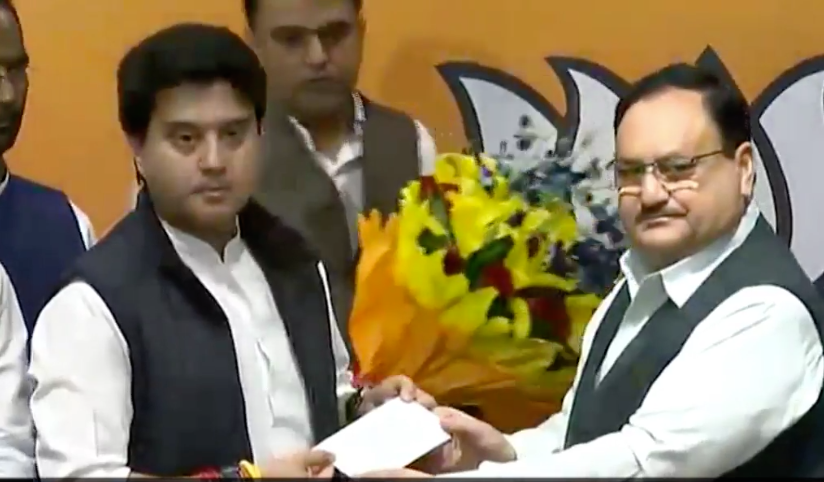 Jyotiraditya Scindia, who resigned from Congress on Tuesday, formally inducted into the Bharatiya Janata Party on Wednesday in presence of party president JP Nadda. 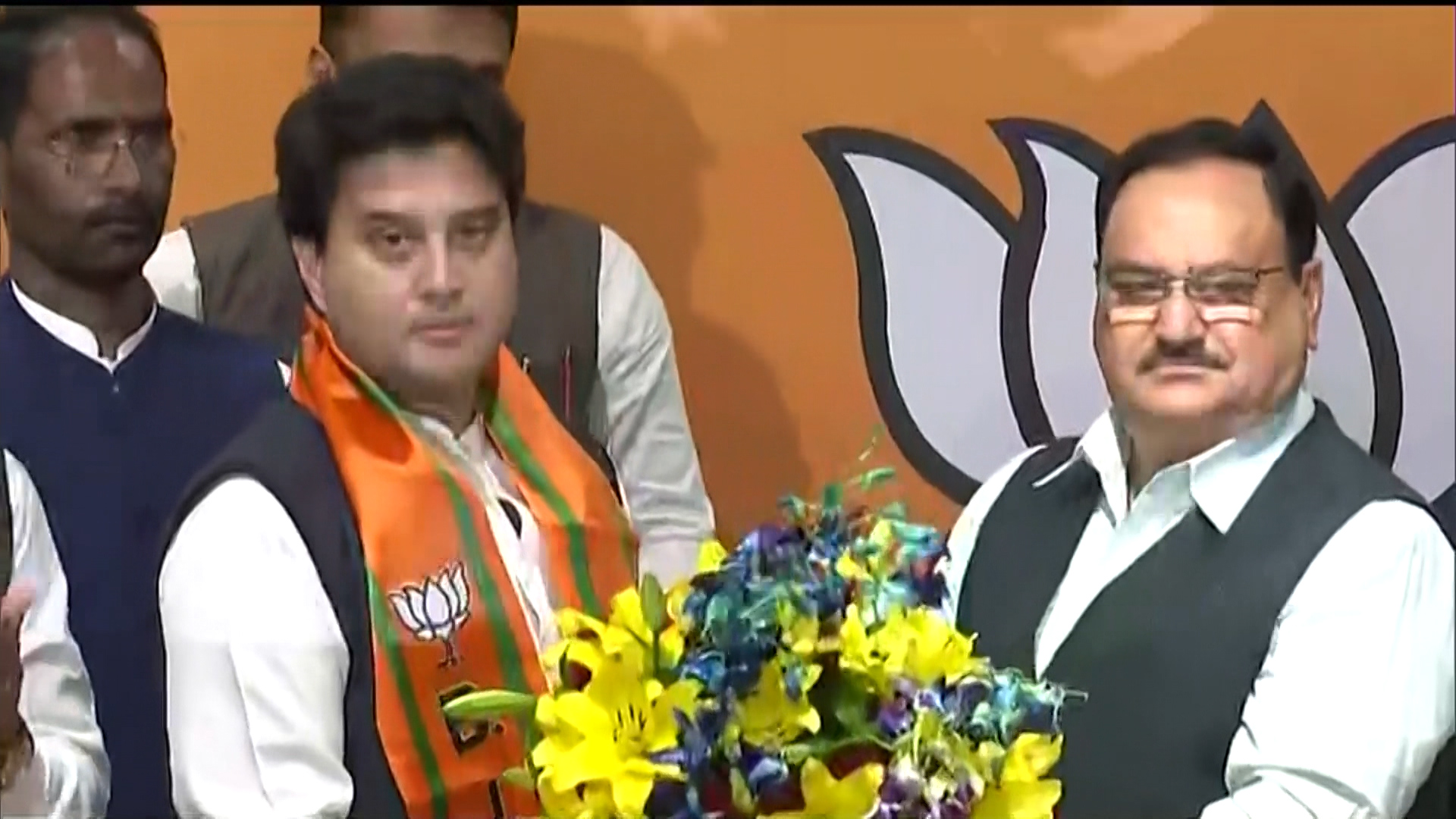 “I can say with confidence that the aim of public service is not being fulfilled by that party (Congress). Besides this, the present condition of the party indicates that it is not what it used to be,” Scindia said while joining the BJP.

Later in the evening, the BJP named Scindia as Rajya Sabha candidate from Madhya Pradesh. The party also named eight other candidates from other states.

Amid the ongoing political crisis in Madhya Pradesh, both BJP and the Congress have decided to move their legislators outside of the state and lodge them in luxury hotels, apparently in a bid to keep their respective flocks intact.

National General Secretary of BJP, Kailash Vijayvargiya: We are here for holidays and we are in festive mood. We will be staying in Delhi. #MadhyaPradesh https://t.co/kmoH7nsdB2 pic.twitter.com/K8jSnTL3s6

Meanwhile, Congress has sent two of its leaders– Sajjan Singh Verma and Govind Singh— to Bengaluru in order to pacify some of the rebel MLAs, who are staying in Bengaluru.

The developments come amid the political crisis that has engulfed the state after Jyotiraditya Scindia, Former Union Minister and four-time parliamentarian & a prominent face of the Congress, resigned from the party, minutes after meeting Prime Minister Narendra Modi and Home Minister Amit Shah at the Prime Minister’s residence in Delhi.

Resignation of Scindia and 22 MLAs on Tuesday came as a jolt to the party, which is now making all-out efforts to save its government.

Subsequently, 19 Congress MLAs, including six state ministers from Madhya Pradesh, who are in a Bengaluru resort have tendered their resignation from the assembly.

In his letter, which is addressed to Congress interim chief Sonia Gandhi, Jyotiraditya Scindia said: “…this is a path that has been drawing itself out over the last year”.

“While my aim and purpose remain the same as it has always been from the very beginning, to serve the people of my state and country, I believe am unable to do this anymore within this party,” he wrote.

Through a statement issued by its senior leader KC Venugopal, the Congress announced that Jyotiraditya Scindia has been expelled from the party for “anti-party activities”.