Home Home Slider Delhi cop was not throwing a stone; here’s the truth behind this... 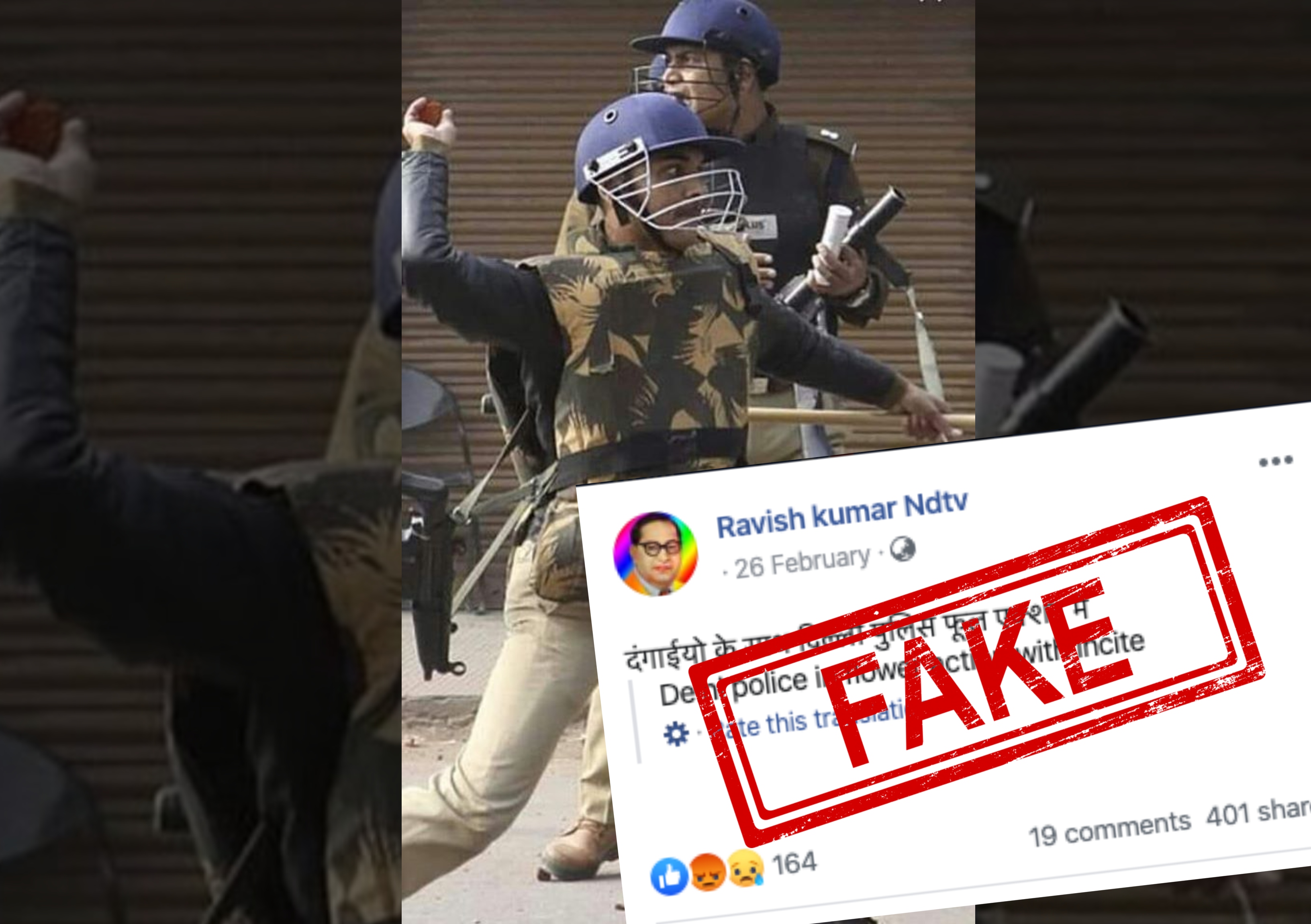 Amid the violence in Delhi, a picture of a police official throwing stone is making rounds on social media and it has been claimed that the picture is from Delhi. 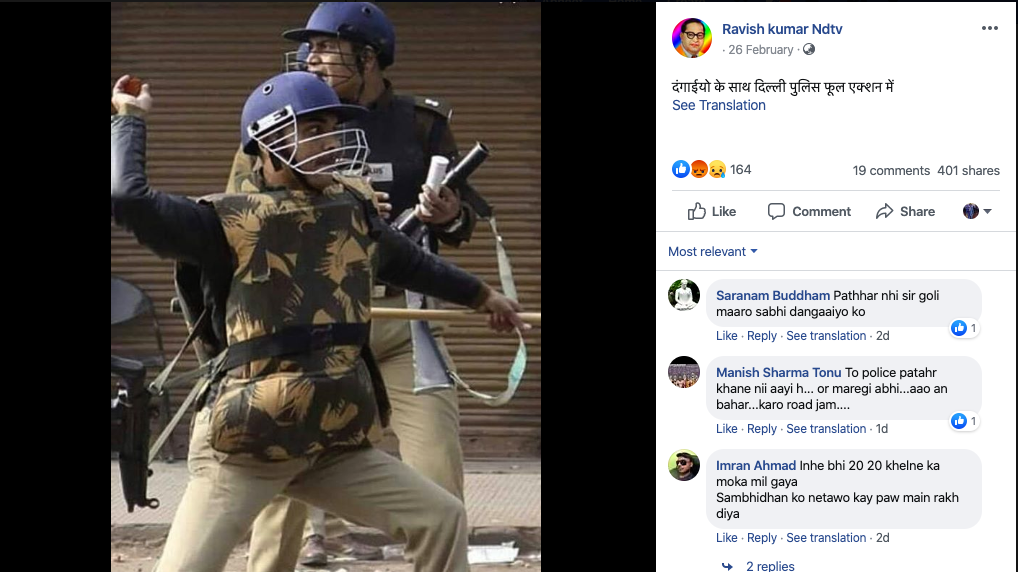 ALSO READ: Fact Check: This video of mob hurling stones at police is…

On putting the picture through simple Reverse Image Search, we found the same picture on the official website of Getty images.

According to the caption, the above picture was taken on December 19, 2019 during anti-CAA demonstration in Uttar Pradesh’s Lucknow.

In conclusion, the above information proves that the picture in question is not a recent one and it is actually from Lucknow and not Delhi.