A picture of Bollywood actor Swara Bhaskar and Zeeshan Ayub that reads– ”Guys, don’t go to any debate without reading CAA/NRC drafts. Worst mistake of our lives” is doing the rounds on social media.

The image surfaced after a heated debate between Bhaskar and ABP news anchor Rubika Liyaquat on the Citizenship Amendment Act, an issue which Bhaskar openly opposes.

When we put the image through Google Image Search, we found it to be morphed.
Here’s the original image– 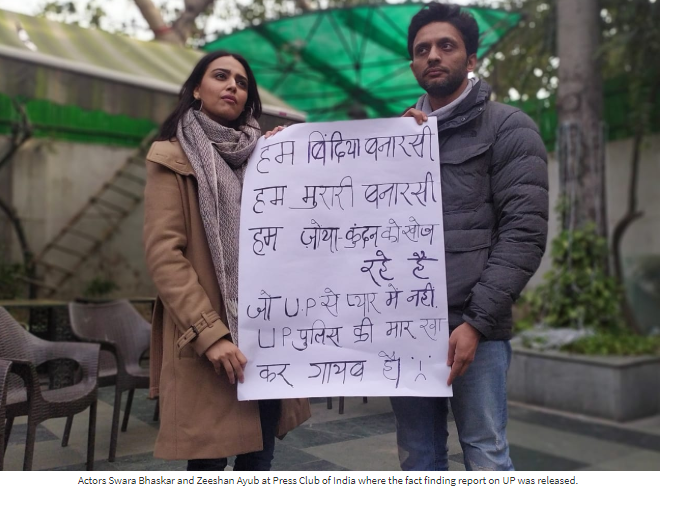 The placard in the original placard is in Hindi and talks about the Uttar Pradesh police brutality. The image is from December 2019.

Hence, the viral image in question here is morphed and hence fake.