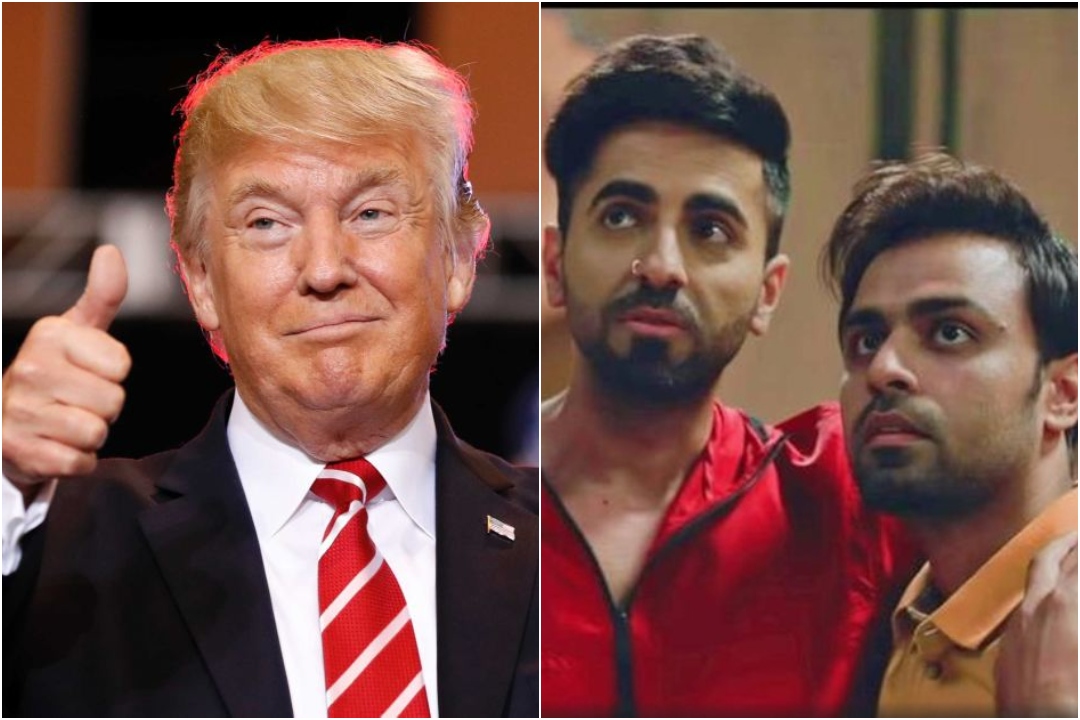 British LGBT activist Peter Tatchell, who celebrated the Bollywood movie with a “Hurrah!” “A new #Bollywood rom-com featuring a gay romance is hoping to win over older people, following the decriminalisation of homosexuality. Hurrah!” tweeted @PeterTatchell.

On this, US President praised it, saying: “Great!”.

The film, which is a light-hearted comedy, can be seen as a progressive attempt towards the acceptance of same-sex couples – an issue that continues to remain a taboo in India even after a year of its decriminalisation by the Supreme Court.

ALSO READ: Ivanka Trump to accompany US President and First Lady to India

Helmed by Hitesh Kewalya and produced by Bhushan Kumar, the film stars Ayushmann Khurrana as a gay man who clashes with his conservative parents over his boyfriend.

The romantic comedy flick with a powerful message was released on Friday, February 21. Trump’s tweet came ahead of his maiden visit to India from February 24 – 25.