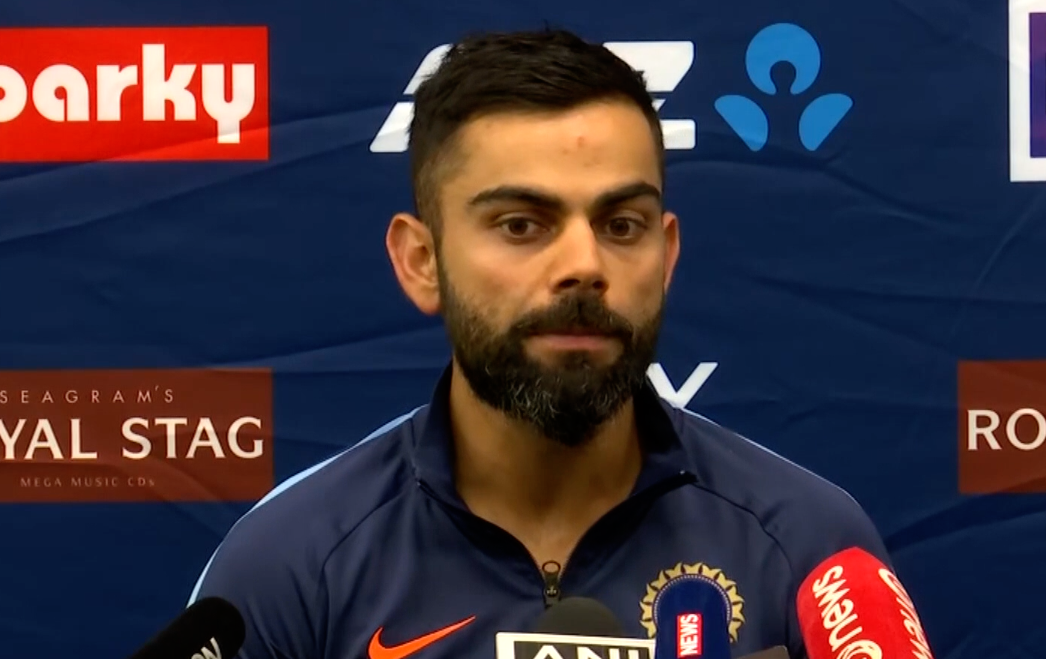 Ahead of the Test series against New Zealand, India skipper Virat Kohli on Wednesday said that players who play all three formats will take more breaks from their tight cricketing schedule in future.

Kohli has been playing consistently for Men in Blue in almost every format from the last eight-nine years and is now also holding the responsibilities of a skipper.

“It is not a conversation to hide away from in any manner. I think it has been eight-nine years now that I have been playing almost 300 days in a year with the travelling and all of that with practice sessions and intensity is right up there all the time,” Kohli told reporters in a pre-match conference.

He added that since this can take a toll on players, to maintain balance, more breaks will be taken by them in the future.

“It does take a toll on you. I’m not saying that it is not something that the players are not thinking about. We do choose to take a lot more breaks now individually even though the schedule might not allow you to. So, you are going to see a lot of that in the future from many players, not just myself. Especially the guys who play all three formats,” the skipper said.

“It is not that easy that being captain and having intensity in practice sessions and discussing the game,” he added.

The 30-year old also confirmed that he is ready to play rigorous cricket for the next 2-3 years as he is happy with periodic breaks.

“I’m not in that space at the moment. Periodic breaks for me seems to work pretty okay. At a time, where the body does not respond as well maybe when I’m 34-35, you might have a different conversation at that stage but I think for the next 2-3 years have no issues at all. I can keep going on with the same intensity and also understanding that team wants a lot of my contribution in the next 2-3 years so that we can ease into another transition that we faced 5-6 years ago,” Kohli said.

“The mindset is on the larger picture from that point of view I’m preparing myself for a rigorous three years from now after that we might have a different conversation,” he added.

Kiwis are hosting India for two-match Test series which is a part of ICC’s World Test Championship (WTC) after winning the ODI series 3-0.

The first Test between the two teams will be played at Basin Reserve in Wellington from February 21.