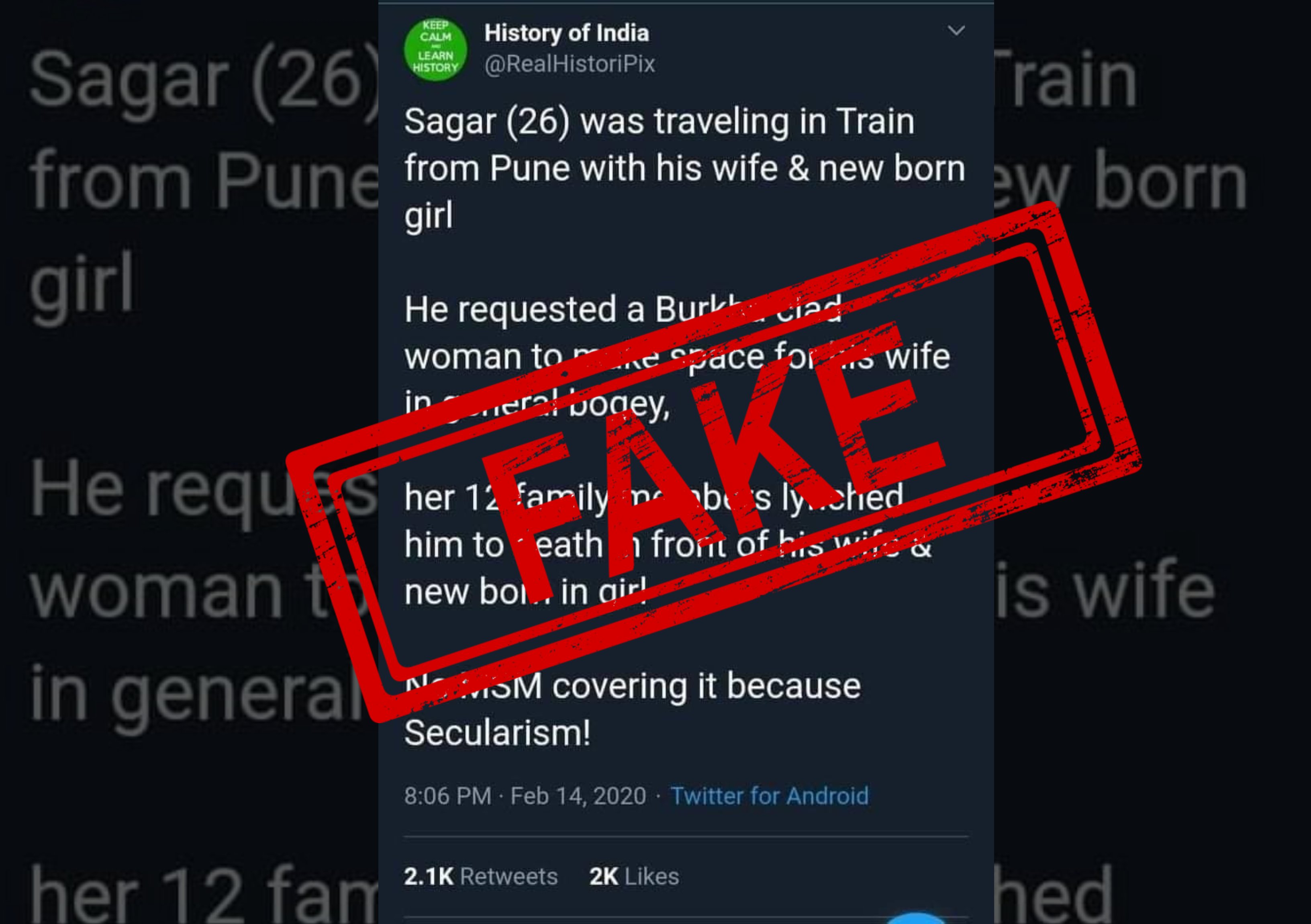 A post is making rounds on the social media with the claim that a Hindu man was beaten to death by 12 family members of a Muslim family.

The tweet was originally posted by a group called History of India @RealHistoriPix. It reads:

“Sagar (26) was traveling in Train from Pune with his wife & new born girl
He requested a Burkha clad woman to make space for his wife in general bogey,
her 12 family members lynched him to death in front of his wife & new born in girl
No MSM covering it because Secularism!” 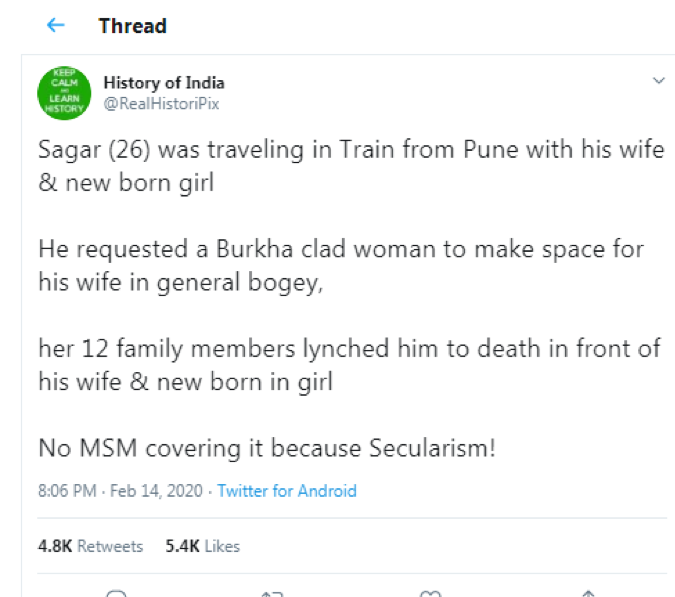 At the time of filing, the Tweet had over 5,000 likes and nearly the same number of Retweets. It had also been shared on Facebook. 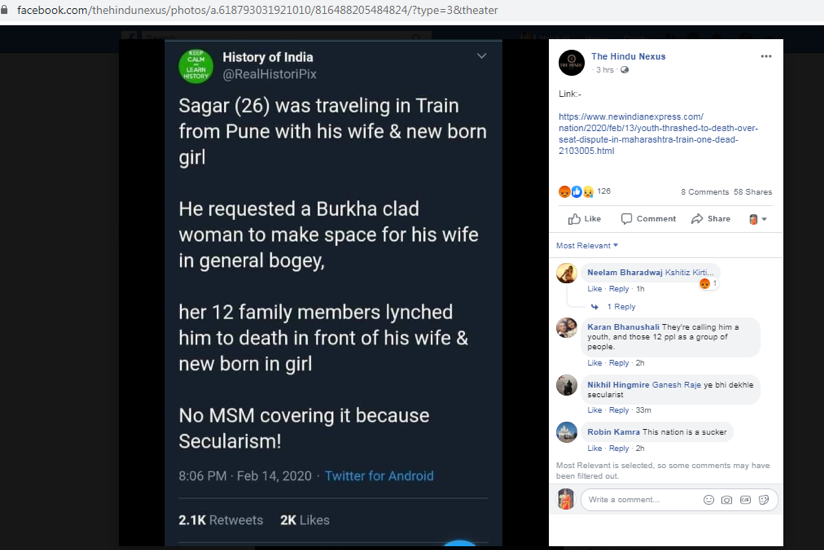 NewsMobile fact-checked the information, and we found multiple news reports confirming that the incident did take place, but with no reference to the religion or if the women were burkha-clad. 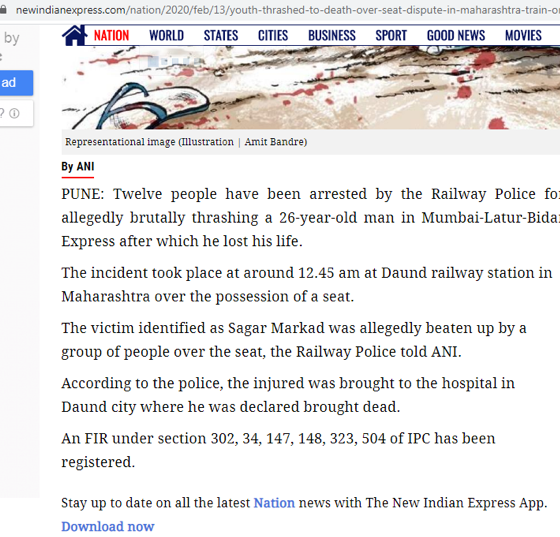 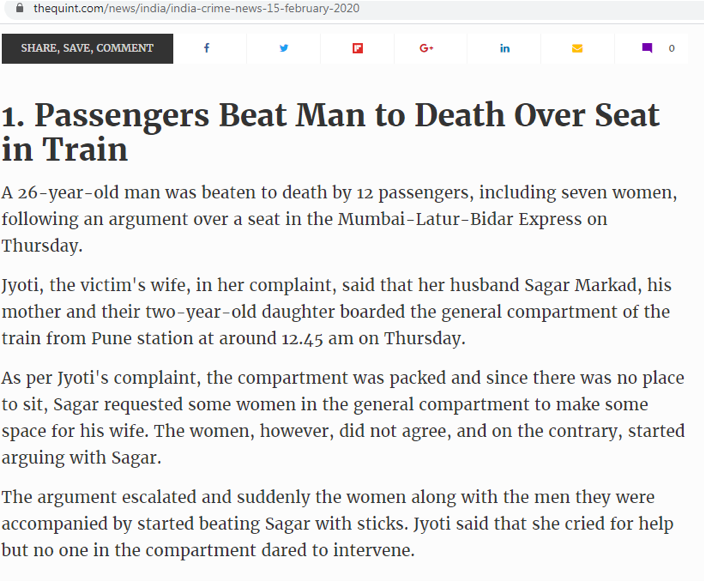 On digging further,  we found a Tweet on the official Twitter handle of Central Railways page, on the Tweet posted by History of India. According to the tweet, there were no two communities involved in the incident and urged them to refrain from spreading fake and unverified news.

Hence, the above information proves that the news of the perpetrators being Muslim is FAKE.