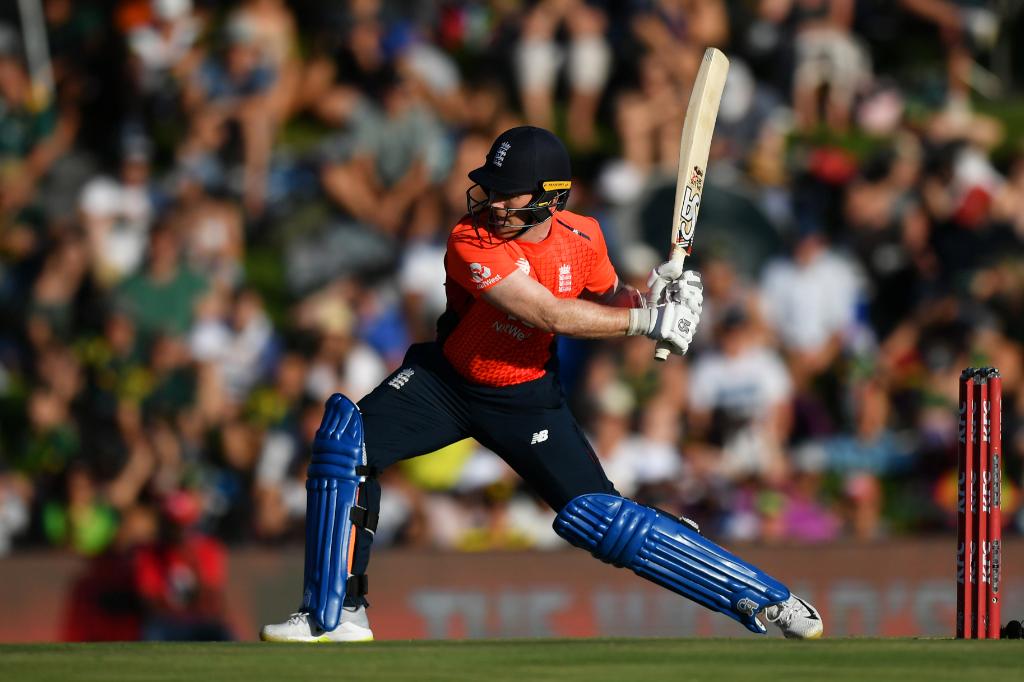 England skipper Eoin Morgan’s unbeaten fifty guided the side to defeat South Africa by five-wicket in the third T20I at SuperSport Park on Sunday.

With this win, England clinched the three-match series by 2-1 as the series was levelled 1-1 before the final game.

Chasing a mammoth target of 223, England lost opener Jason Roy (7) early in the second over.

Jonny Bairstow joined Jos Buttler in the middle and stitched a strong partnership of 91-run for the second wicket. The latter was departed by Dwaine Pretorius in the 10th over after scoring 57 runs off 29 balls.

Dawid Malan and Bairstow added 34-run for the third wicket. Andile Phehlukwayo bowled out Bairstow in the 13th over and brought back the hosts in the game.

Bairstow amassed 64 runs off 34 balls including seven fours and three sixes. Morgan joined Malan in the middle. The latter departed after playing a knock of 11 runs.

Morgan and Ben Stokes added 61-run together which confirmed England’s victory in the game. Stokes scored 22 quick runs off 12 balls. Morgan and Moeen Ali remained not out on 57 and 5 runs respectively.

Earlier, the hosts won the toss and opted to bat first. Proteas openers provided a solid foundation as Quinton de Kock (35) and Temba Bavuma (49) built the opening stand of 84-run.

De Kock was caught by Jonny Bairstow off Ben Stokes in the eighth over. In the next over, Bavuma too gave away his wicket to Adil Rashid just before one-run short of his fifty.

Rassie van der Dussen added 11 runs before he was sent back to the pavilion by Stokes.

David Miller and Heinrich Klassen stitched a partnership of 64-run for the fourth wicket. Tom Curran provided the much-needed breakthrough for England as he departed Klassen in the 17th over.

Klassen played a quickfire knock of 66 runs off 33 balls studded with four boundaries and as many sixes.

Miller remained unbeaten at one end for 35 runs while Dwaine Pretorius (11) and Andile Phehlukwayo (1) failed to leave their mark on the scoreboard.

For England, Ben Stokes and Tom Curran both bagged two wickets each.