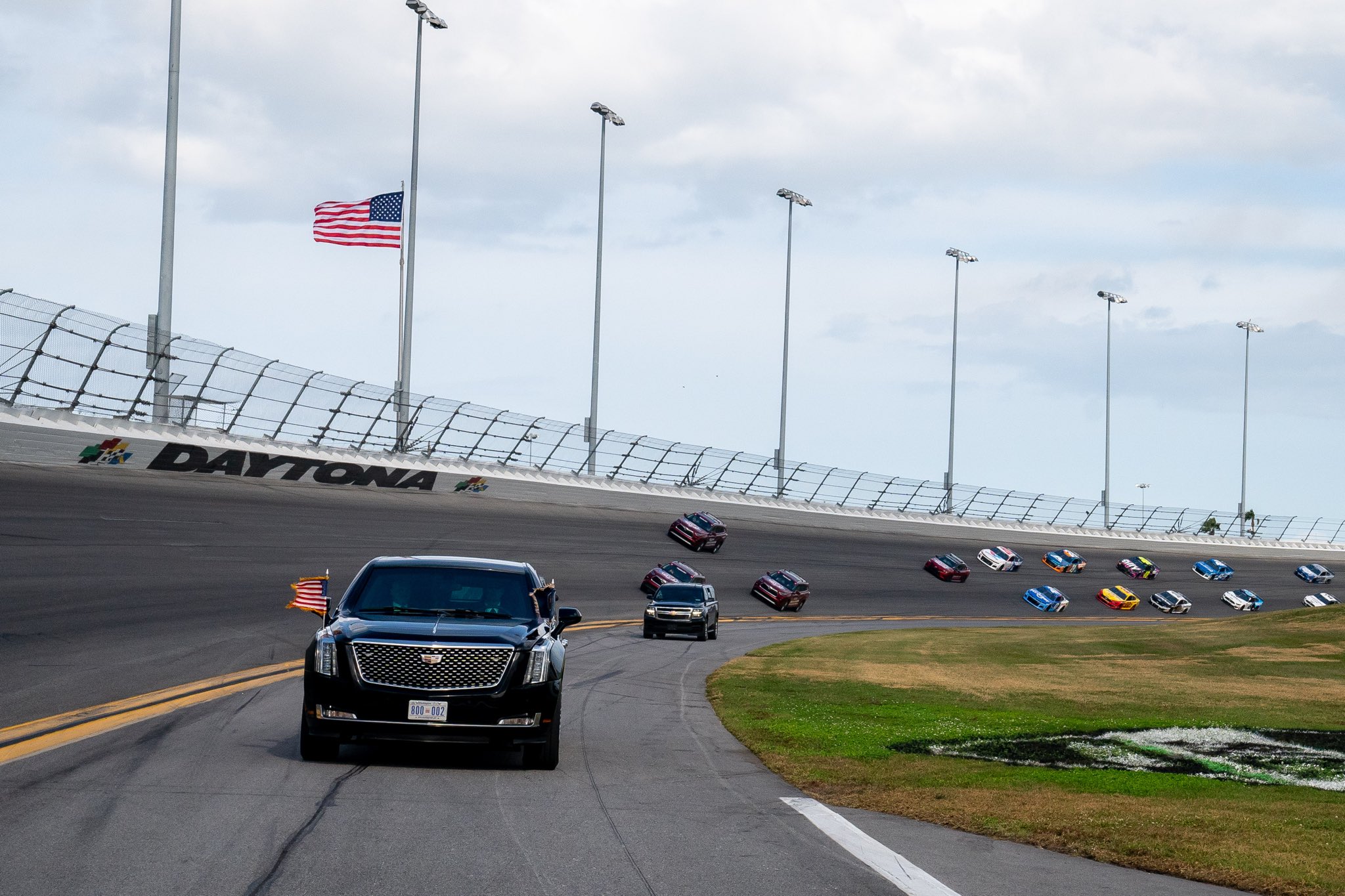 US President Donald Trump on Sunday inaugurated the Daytona 500 with a lap around the racing track in the Beast (the Presidential vehicle is called the Beast) and welcomed the NASCAR fans in Florida.

In his opening remarks, the President said:

“There is no greater thrill than to join you at the world center of racing for the 62nd Daytona 500 — so exciting,”

“To all of the drivers, technicians and pit crews here today, good luck and may the best team win. God bless you, God bless our military, God bless our veterans and God bless America. Have a great race.”

Trump also thanked those Gold Star Families (families of those soldiers who have died in combat and safeguarded American freedom) for their sacrifices and said:

“Your fallen warriors will live in our hearts forever.”

He took a lap around the racing track along with the First Lady Melania Trump.

He also acted as the Grand Master of the race and issued the command to the racers to begin.

He mentioned the traditional words, “gentlemen, start your engines”.

He is the second US President to attend the Daytona 500. Former President George W Bush attended it in 2004.

Considered the Super Bowl of stock car racing, the Daytona 500 has served as the NASCAR season opener since 1982. The 200-lap, 500-mile-long race will feature 40 drivers on the track of the Daytona International Speedway in Daytona Beach, Florida. The winner takes home a replica of the Harley J. Earl Trophy and about $1.5 million.