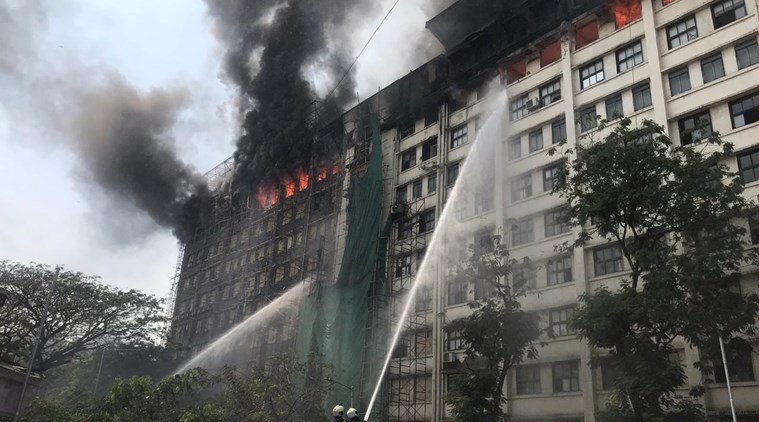 Mumbai: A major fire breakout has been reported in the GST Bhavan, near Maharana Pratap Chowk at Mazgaon on Monday afternoon. 17 fire tenders have been rushed to the spot.

The fire broke out at 12:35 PM and at 1:16 PM, the officials declared it as level-4 disaster after initially declaring it as level-2.

The exact cause of the fire is unknown. The authorities have pointed out that the ninth floor of the building was illegal and was in the process of being demolished.

Mumbai has in recent times faced issues related to fire safety and even some prominent buildings in the Bandra-Kurla complex have lacked safety measures and been classified as highly vulnerable.