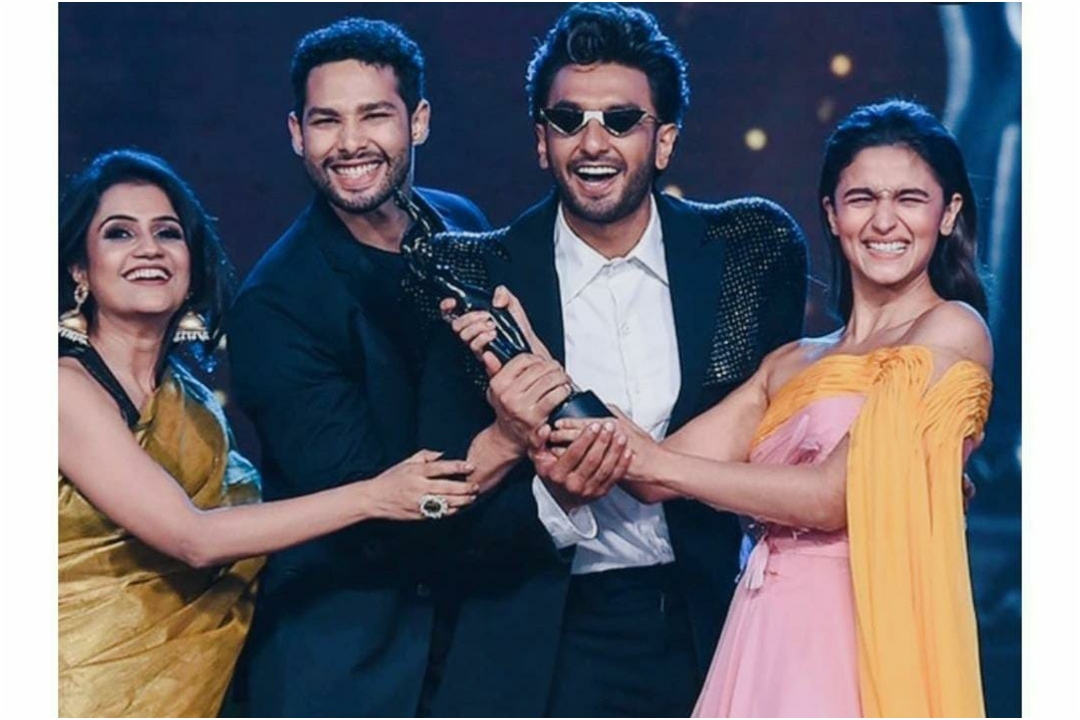 Beaming with joy with her Filmfare victory, Alia Bhatt expressed gratitude towards the cast and crew of the movie ‘Gully Boy’.

Bhatt bagged the best female lead actor trophy for her role in ‘Gully Boy’, at the 65th Amazon Filmfare Awards held in Guwahati on Saturday.

The 26-year-old star posted a picture of herself standing on the stage with the coveted trophy resting in her hand.

In a post on Instagram, she tagged a number of people who were a part of the team and wrote:

Zoya Akhtar’s ‘Gully Boy’ starring Ranveer Singh and Alia Bhatt swept the Filmfare Awards by winning all the major accolades at the event including the Best Film Award on Saturday night.

While the lead duo of Ranveer and Alia won the Best Male and Female Actor Awards respectively, the director of the flick Zoya Akhtar was awarded Best Director.

‘Gully Boy’ – a film that revolved around music as a profession also bagged the award for the Best Music Album of the year which it shared with Sandeep Reddy Vanga’s ‘Kabir Singh’.

Other major awards that the film received at the event include Best Screenplay, Best Lyrics, and Best Dialogue.

‘Gully Boy’ is inspired by the lives of Mumbai street rappers Vivian Fernandes aka Divine and Naved Shaikh aka Naezy.

The film revolves around the underground rap movement in India and all the songs of the film have become extremely popular.

‘Gully Boy’ was produced by Ritesh Sidhwani and Farhan Akhtar under the Excel Entertainment banner in association with Tiger Baby.

The film was India’s official entry to the 92nd edition of Oscars but could not win any title.