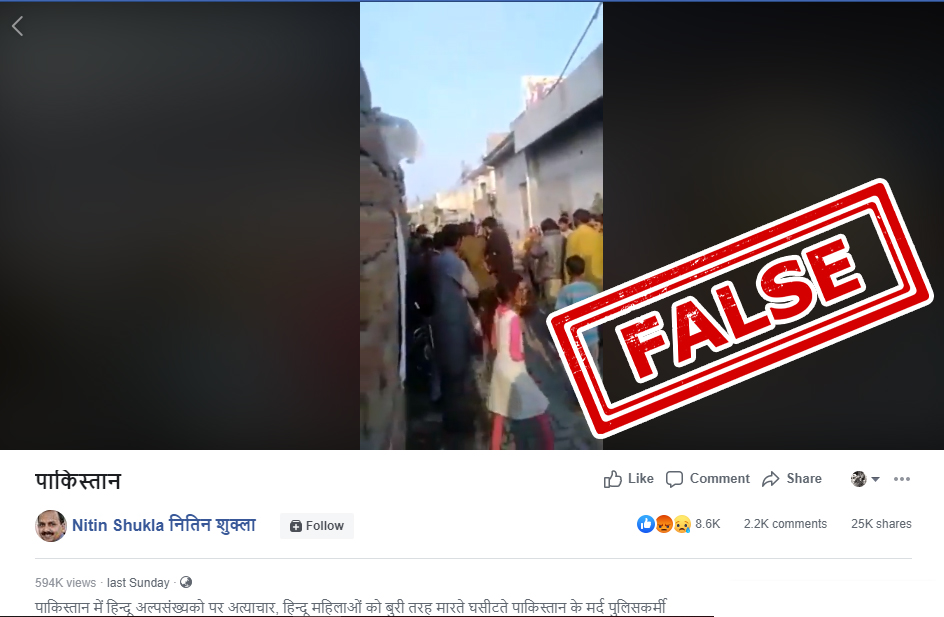 A video is doing rounds on social media where some men in a police uniform can be seen thrashing some women and claims are being made that it is the police in Pakistan that are thrashing Hindu Women. 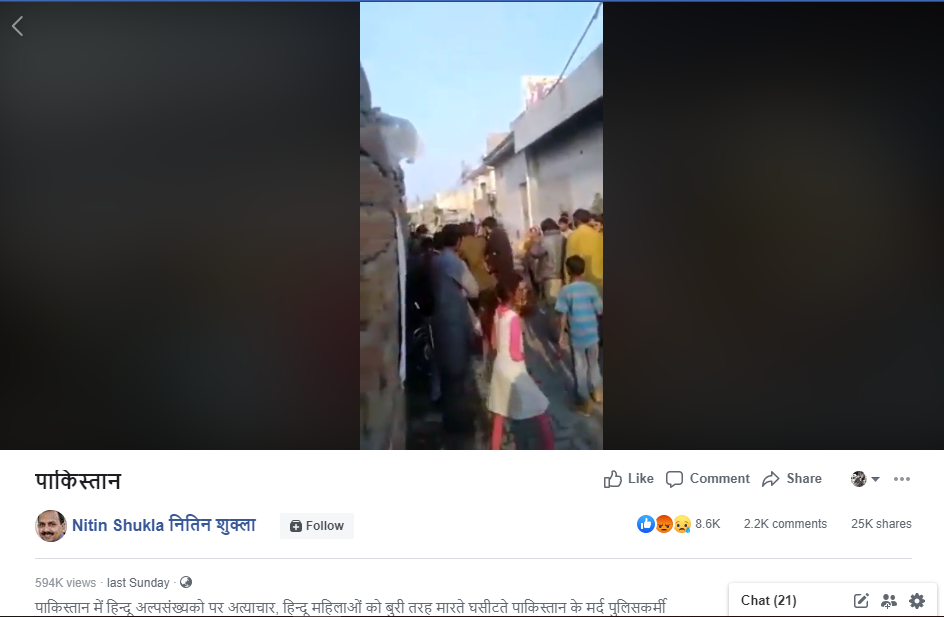 NewsMobile fact-checked the above video and found the claim attached to it to be false.

On taking out the keyframes of the video and putting it through Reverse Image Search, we found the same video on YouTube dated Jan 6, 2019 with the caption- “police beating men women Chiniot”.

We ran a search using relevant keywords and found a news bulletin by 24 News HD according to which, the ASI and two other constables attacked women during an interrogation.

We also found an article on the Dawn that states that the women being attacked by the police have been identified as Haleema Bibi and Anwari Bibi amongst others. 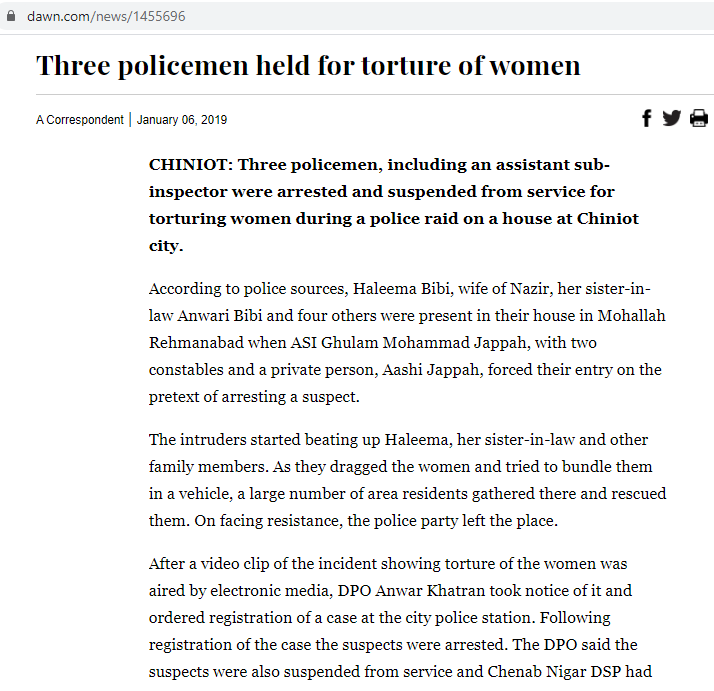 The above information proves that the claims attached to the viral video are false.