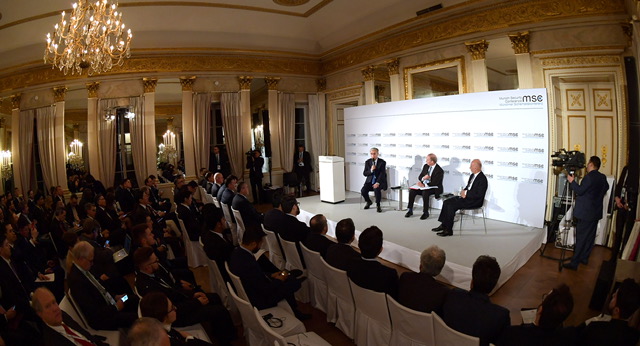 President of Kazakhstan Kassym-Jomart Tokayev on Saturday, speaking at the Munich Security conference emphasised the importance of the central Asian region and Kazakhstan’s role owning to its abundant natural resources and geopolitical advantages.

“As far as we are talking about Kazakhstan which is the 9th largest territory in the world and which is being located between both China and Russia, for us I think it’s beneficial because we’re taking a lot of benefits from having close cooperation with both countries,» the Kazakh President stressed,” President Kassym-Jomart Tokayev said.

“Kazakhstan is a very important part of Central Asia. It’s a huge territory which has been blessed by vast natural resources. I think that Central Asia is becoming increasingly visible or even conspicuous on the map. From my point of view, Central Asia will be increasingly important in terms of geopolitics,” he added.

These comments were made in a panel discussion themed ‘Geography Matters: An Update on Central Asia,’ and he was joined by the Afgan President Ashraf Ghani.

The President also added that Kazakhstan is focusing on the development of innovations and the digital economy. In this regard, he said the nation hopes to attract smart talent from abroad.

Expressing concern over terrorism he said “We contribute a lot in order to jointly fight against terrorism. I would like to mention that last year we succeeded to conduct three humanitarian operations to bring back our people from Syria and Iraq. In this respect, we are very much grateful to the Government of the United States. And, of course, we are closely working with the United Nations institutions, with the appropriate governments and special services all over the world. Our contribution is very strong and we are absolutely committed to this task”

The President also highlighted the contributions for the development of Afghanistan which included humanitarian assistance and provision of educational scholarship, especially to Afgan Women.

The president paid a two-day visit to Germany to attend the 56th Munich Security Conference and also held various other bilateral meetings and met German investors on the sidelines of the conference.