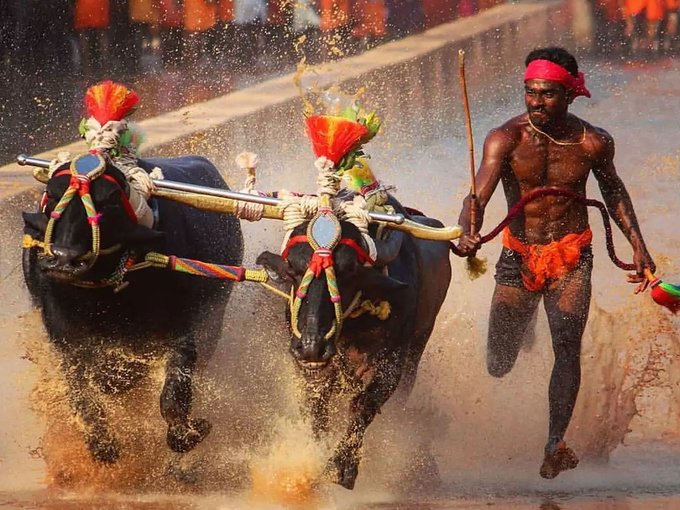 Gowda, who is from Mudbidri town, accomplished the feat during a Kambala race in a paddy field in Kadri on February 1.

“People are comparing me to Usain Bolt. He is a world champion, I am only running in a slushy paddy field,” said Srinivasa Gowda while talking to ANI.

People took to social media and drew a parallel between him and Bolt. Twitterati hailed Gowda and his accomplishment on the muddy grounds.

Kambala is an annual buffalo race held in the southwestern state of Karnataka.

Traditionally, it is sponsored by local Tuluva landlords and households in the coastal districts of Dakshina Kannada and Udupi.

“I’ll call Karnataka’s Srinivasa Gowda for trials by top SAI Coaches. There’s lack of knowledge in masses about the standards of Olympics especially in athletics where ultimate human strength & endurance are surpassed. I’ll ensure that no talents in India is left out untested,” Union Sports and Youth Affairs Minister Kiren Rijiju tweeted on Saturday.