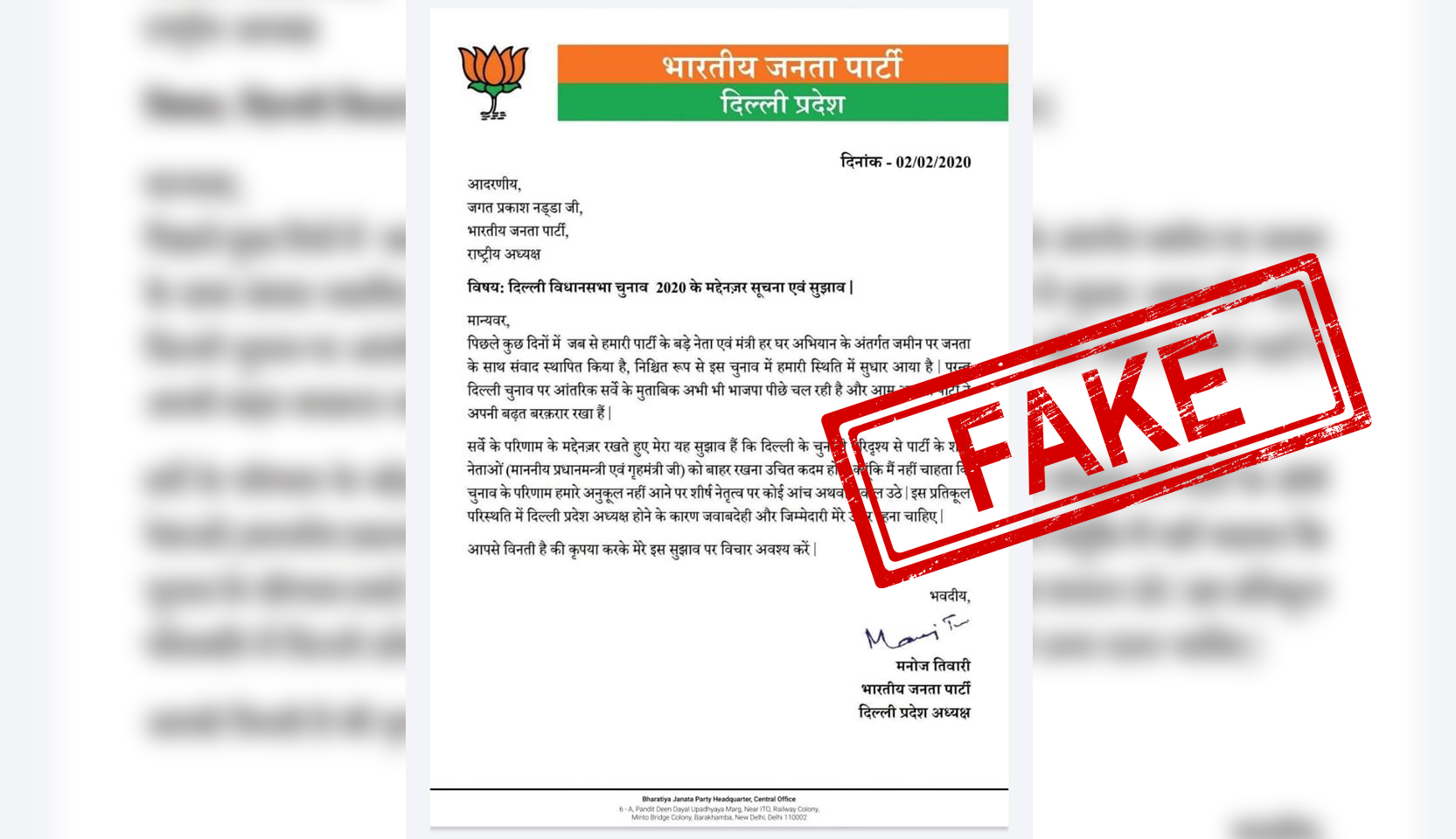 A picture of a letter attributed to BJP’s Delhi president Manoj Tiwari is doing rounds on social media.

The letter dated Feb 2, 2020, is addressed to the party BNP’s national president Jagat Prakash Nadda and it said that according to an internal survey on Delhi elections, BJP’s defeat is evident, in such a situation it would be appropriate to keep top leaders of the party away from the state so that they do not face any questions if BJP loses the election. 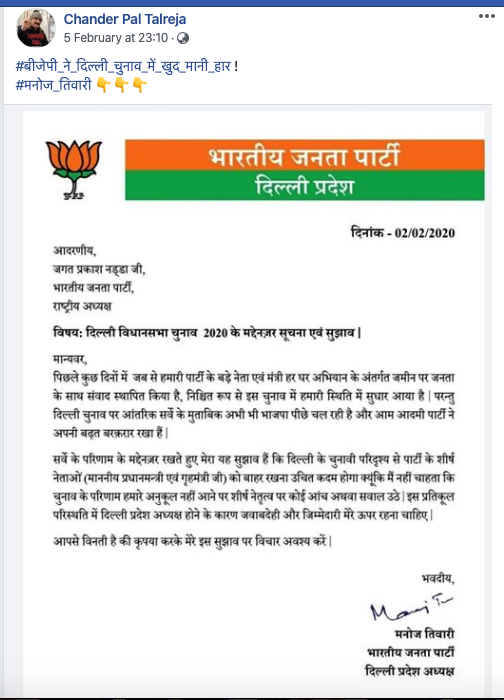 NewsMobile fact-cheeked the above letter and found it to be fake.

We ran a search and found an old letter written by Manoj Tiwari. When we compared that to the viral letter, we noticed significant differences.

Firstly, the letterhead in both images is different. 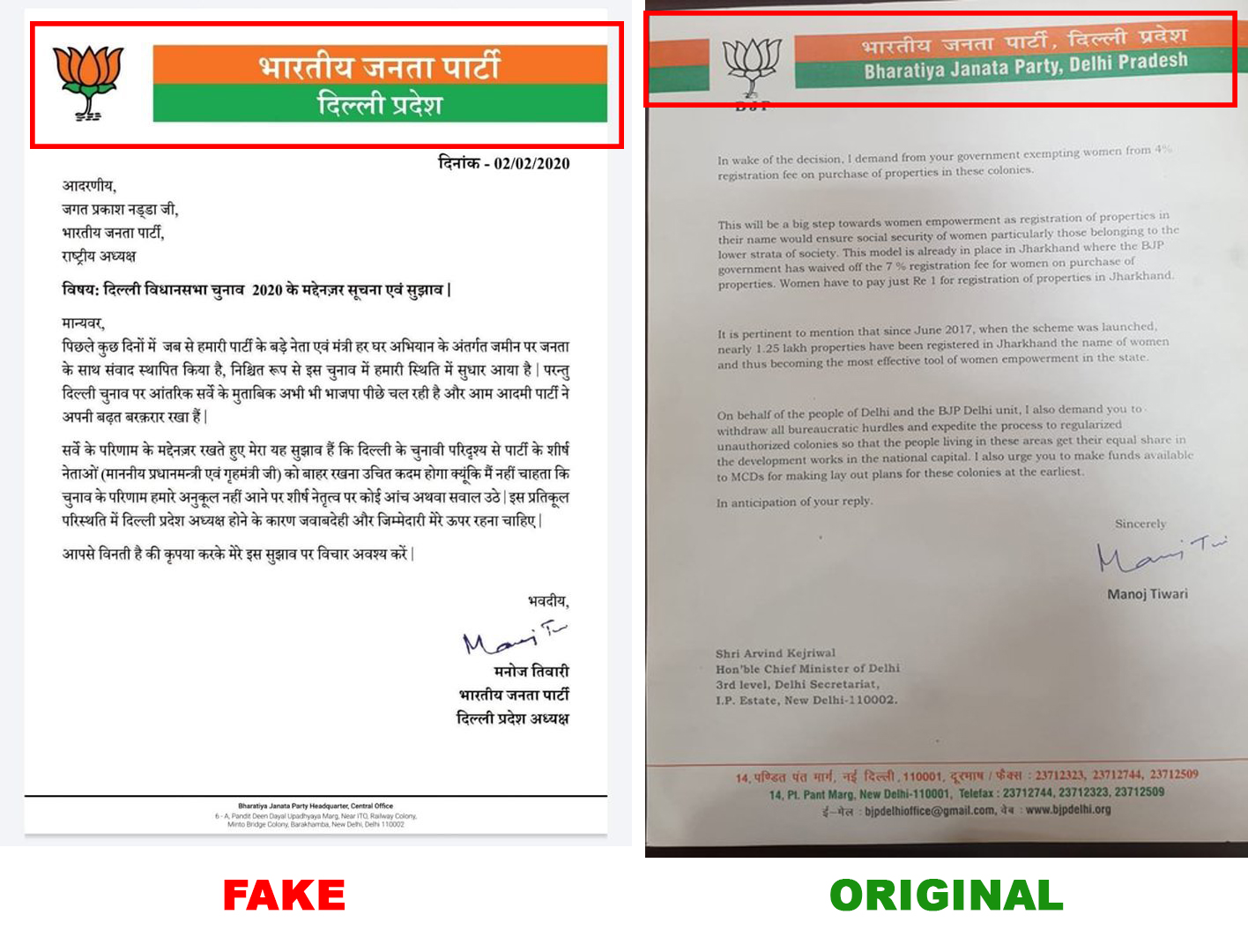 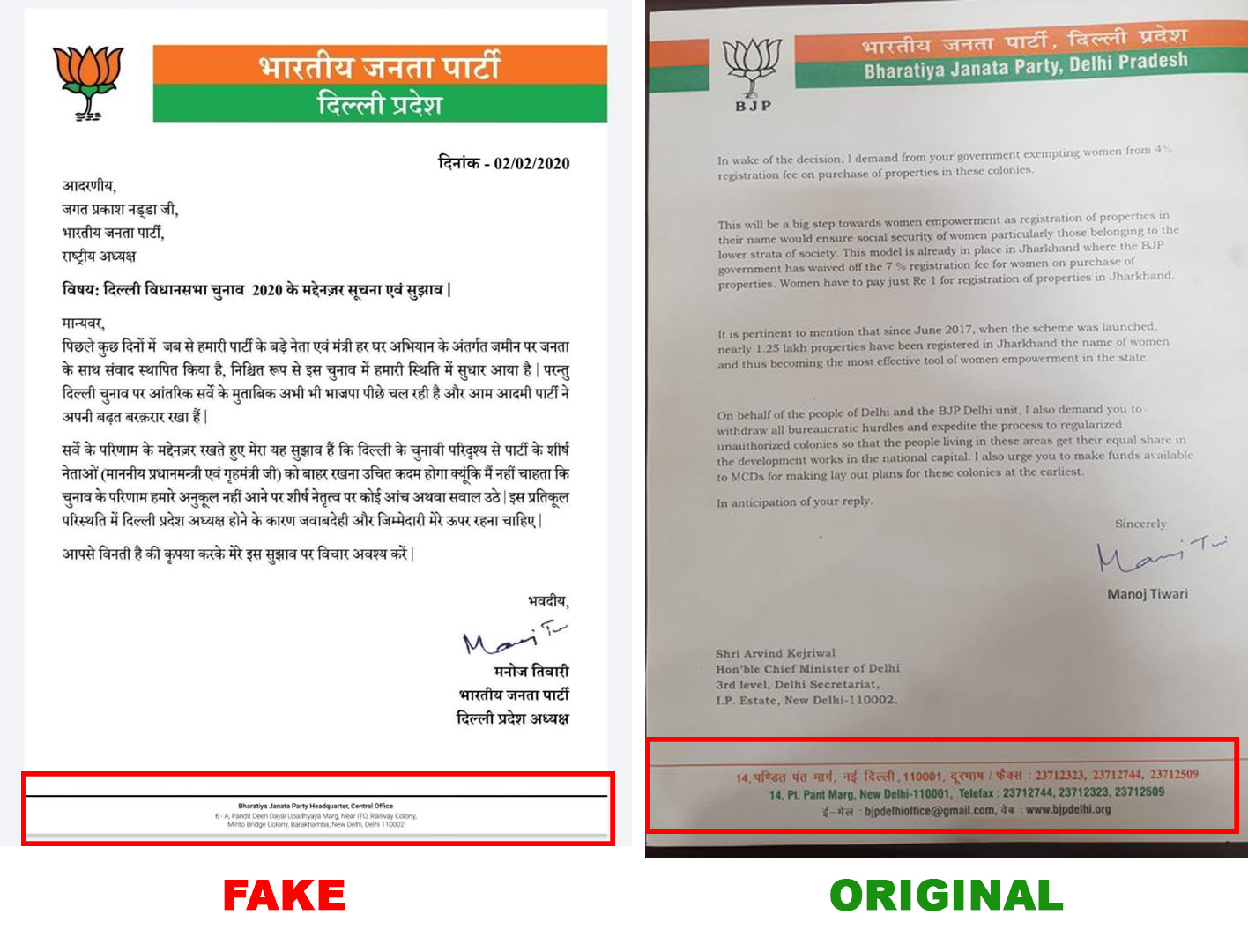 The above information proves that the viral letter is FAKE.