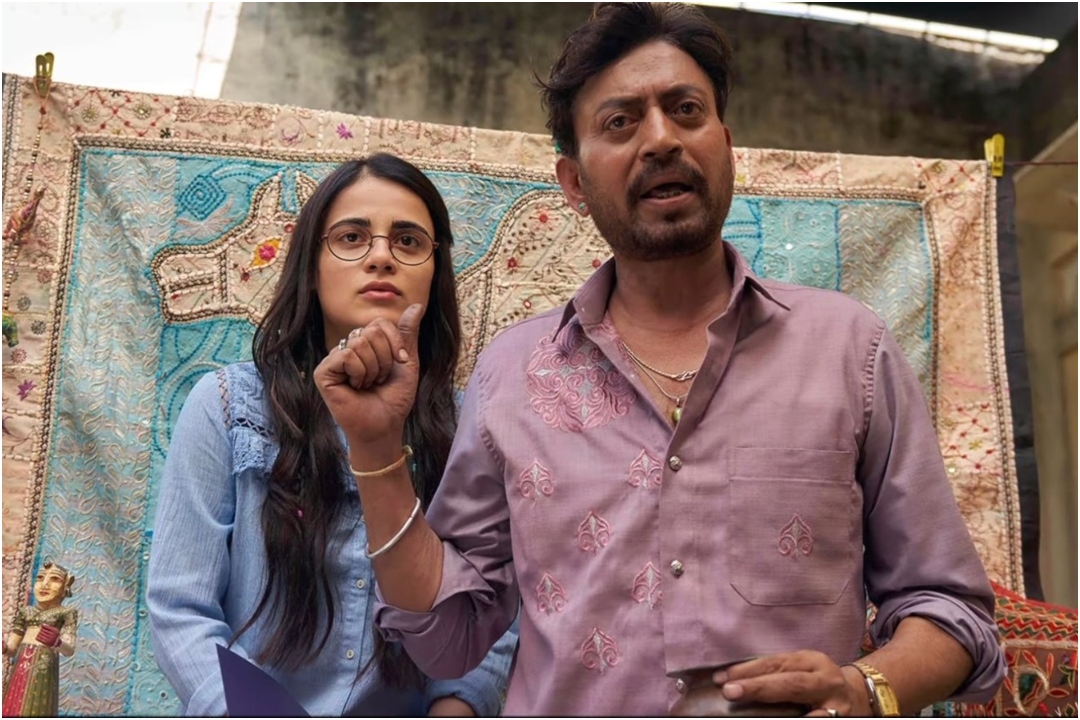 After winning hearts with comedy-drama ‘Hindi Medium’, producers of the franchise, dropped a fun-filled trailer of its next installment ‘Angrezi Medium’ on Thursday.

The trailer narrates a heart-warming story of Rajasthan based father-daughter duo portrayed by Irrfan Khan and debutant Radhika Madan.

The film throws light on the obsession of people belonging to small towns to settle in foreign countries.

The trailer begins with Madan passing out from school and sharing her childhood dream of pursuing her higher studies in London with her father, essayed by Khan.

Khan at first is adamant about not allowing her daughter to pursue her further studies in London but eventually gives in owing his love for her.

The trailer then unfolds a new quest where Khan is seen fighting tooth and nail to land his daughter in an esteemed foreign university but continues to struggle due to financial constraints.

Earlier on Wednesday Irfan Khan shared a heartfelt audio message about the film for his fans where he was also shed light on the state of his health. He was diagnosed with a neuroendocrine tumour in March 2018 for which he had a successful surgery in September 2019.

Through the video, Irrfan urged his fans to shower ‘Angrezi Medium’ with the same amount of love it gave to ‘Hindi Medium.

‘Angrezi Medium’ is the sequel to the 2017 hit film ‘Hindi Medium’, which starred Irrfan and Saba Qamar in the lead roles.

The film is produced by Dinesh Vijan and will make it to the theatres on March 20.