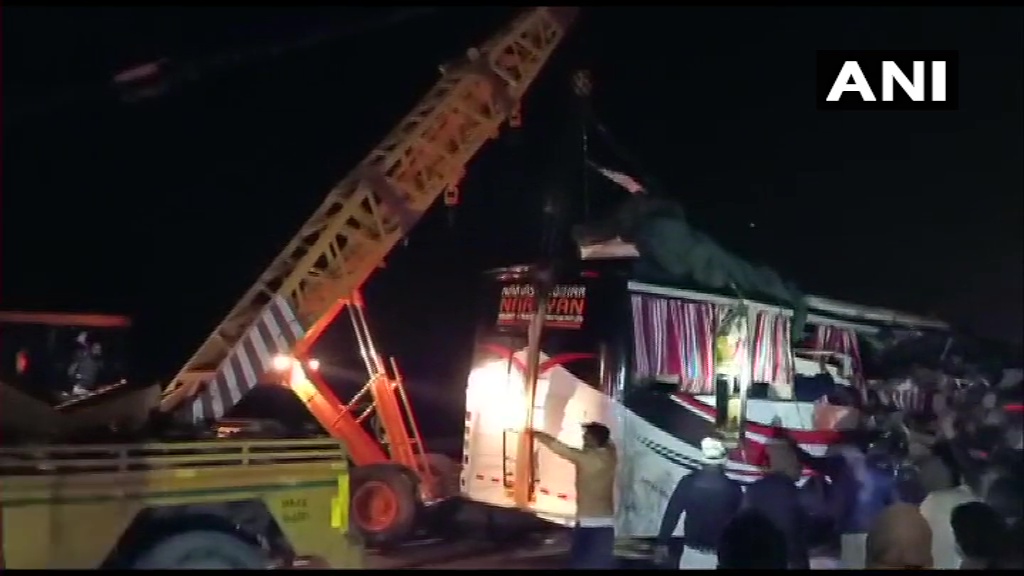 At least 13 people have been killed and 31 injured as a bus collided with a truck on the Agra-Lucknow Expressway on Wednesday.

Superintendent of Police (rural) Rajesh Kumar said that the accident took place at around 10 pm on Wednesday in Nagla Khangar Police Station area of Firozabad.

“A double-decker private bus rammed into a stationary truck on Agra-Lucknow expressway at around 10 pm in the night on Wednesday. The bus driver did not take notice of the truck and hit it from behind. There were 40-45 passengers on the bus. There are many casualties and several people got injured. Around 10-14 casualties may be there,” Sachindra Patel, SSP, Firozabad had earlier said.

He also issued directives for proper treatment of the injured, a statement issued by the state government in Lucknow said.