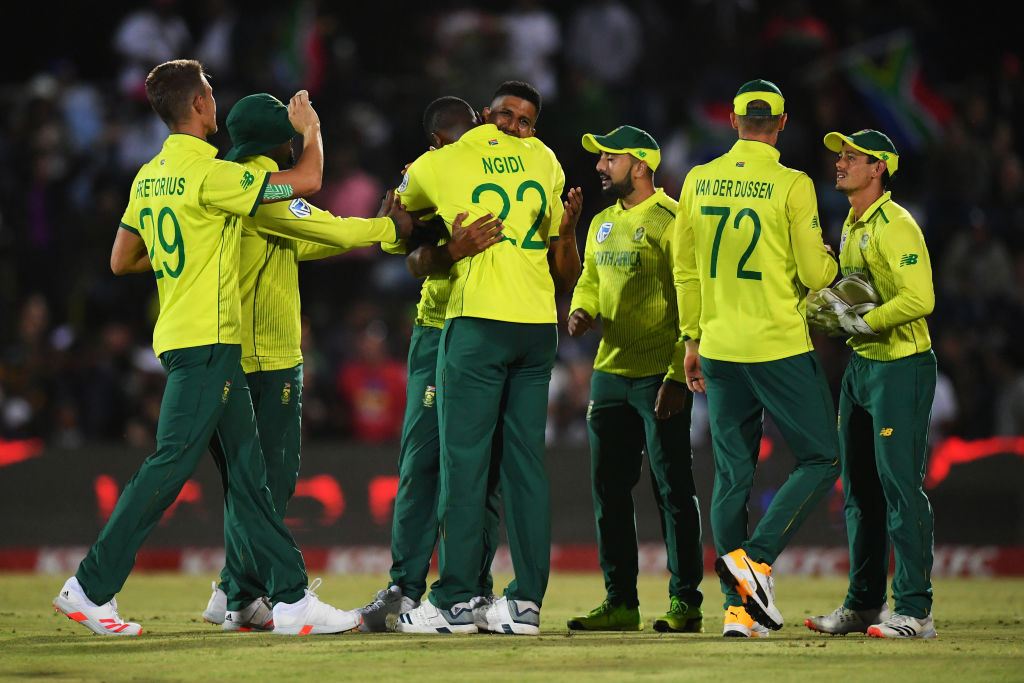 England’s batting lineup collapsed towards the final overs as the side lost a thriller against South Africa by just one run in the first T20I of the three-match series at the Buffalo Park here on Wednesday (local time).

Chasing 178, England was in a comfortable position at the halfway mark as the side scored more than 100 runs in the first ten overs. Jason Roy and Eoin Morgan kept the scoreboard ticking for the visitors at a brisk pace.

However, Roy (70) was sent back to the pavilion in the 15th over with England still needing 46 more runs for the win. After his dismissal, England kept on losing wickets at regular intervals.

Morgan (52), went on to register a half-century, but he ended up giving his wicket away in the penultimate over to Beuran Hendricks. England failed to score seven runs in the final over.

In the end, the hosts took the game and won by just one run.

Earlier, a spirited batting performance from South Africa took the team to a competitive total of 177/8 in the allotted twenty overs.

Openers Quinton de Kock and Temba Bavuma provided a quickfire start to the Proteas as the duo put on 48 runs inside five overs. However, England came back strongly as the side dismissed skipper de Kock (43) in the fifth over.

Bavuma, Rassie van der Dussen went on to play cameos and took the side’s score past the 130-run mark.

In the final overs, Chris Jordan and Mark Wood bowled yorkers to keep South Africa in check, restricting them under the 180-run mark.