Home Politics Opposition creates ruckus in UP Assembly over CAA 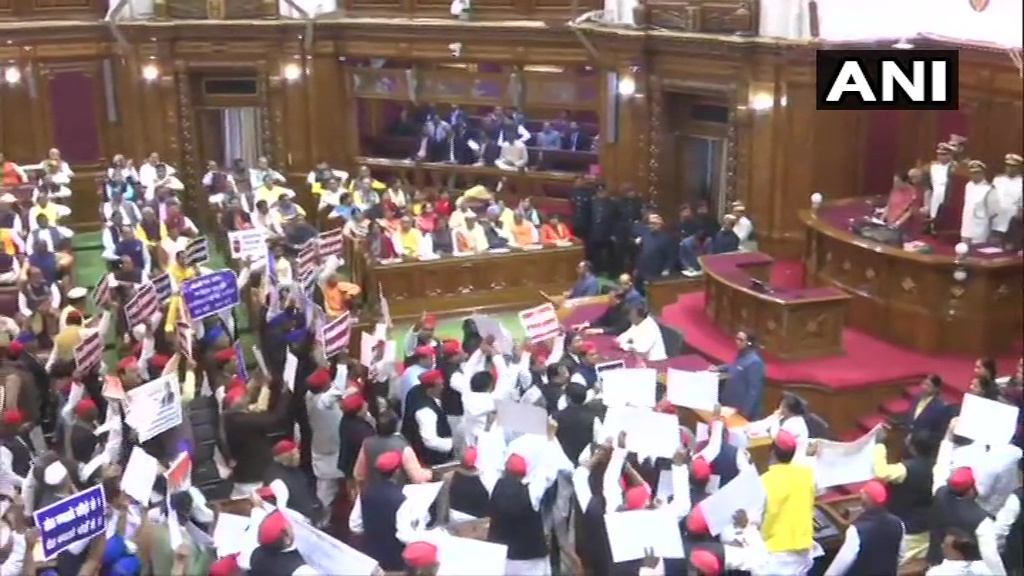 Lucknow: The Uttar Pradesh Legislative Assembly witnessed unruly scenes on Thursday when MLA’s belonging to the Samajwadi Party (SP) disrupted the Governor’s speech and raised slogans at the well of the house.

The problem began when Governor Anandiben Patel began her address to the House ahead of the budget session.

The SP party members stormed the well of the house and raised slogans against the Citizenship (Amendment) Act, 2019, the National Registry of Citizens and rising LPG cylinder prices.

The members disrupted the Governor’s speech and squatted at the well of the house.

They continued their protests outside the Legislative Assembly too.

Members of the Indian National Congress (INC) also were seen handing out free tomatoes to rickshaw drivers in Lucknow.

The UP government has been praised and received flak for its handling of the various law and order situations in the state after the passing of the Citizenship Amendment Act, 2019.

The Bharatiya Janata party headed by Chief Minister Yogi Adityanath will be presenting their fourth budget on Tuesday.