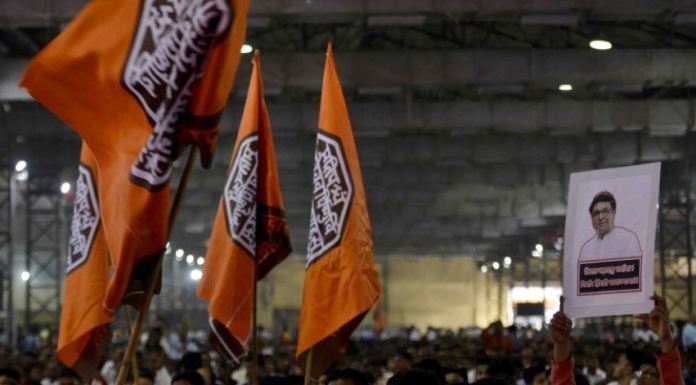 The Maharashtra Navnirman Sena (MNS) has received a letter from State Election Commission (SEC) on a complaint filed against the party’s new flag which bears Chhatrapati Shivaji Maharaj’s insignia.

The commission has asked MNS to take appropriate action on the complaint.

ALSO READ: We have to struggle a lot and we will: Priyanka Gandhi…

“Yes, we have received it but it is not a notice. It is just a letter with complaint copies with the State EC informing us to take appropriate action on the same. According to me, it is unclear about the kind of action state EC expects from us by sending that letter,” MNS General Secretary Shirish Sawant said.

“Both the flags were sent to the EC before the launch. We need more clarity in this letter from the State EC,” he added.

In January, the Raj Thackeray-led MNS had launched its new party flag. The new saffron-coloured flag of the party features Chhatrapati Shivaji Maharaj’s Raj Mudra, the royal seal of the Maratha king.