Home Home Slider Does radio mean anything beyond FM? On World Radio Day we delve...

Circa 1947. It’s the midnight of Aug 15. The entire country is waiting for an earthshaking event. Then Pandit Jawarhar Lal Nehru’s voice booms from the Radio sets ‘At the stroke of the midnight hour…..’. And the rest, as they say, is history.

The event was Independence of India. But the whole nation was engaged in this historic event through the ubiquitous radio – the box which for several decades ruled the routines of households across countries. Be it the World War II, the Cold War, the cricket matches held across continents, music or the evening news people gathered around thier radios to be a part of something bigger.

Today, the radio takes many forms. For many, it is another feature of the mobile phone, for others it is something more.

Let us see how the radio has undergone a sea of change.

Here’s how radio changed us as a society –

1920s through the 50s were the golden days of radio. It had become a social medium. People would come together to listen to music, a sports broadcast or a comedy show. Radio was particularly important during the Great Depression, for it provided an affordable form of entertainment. 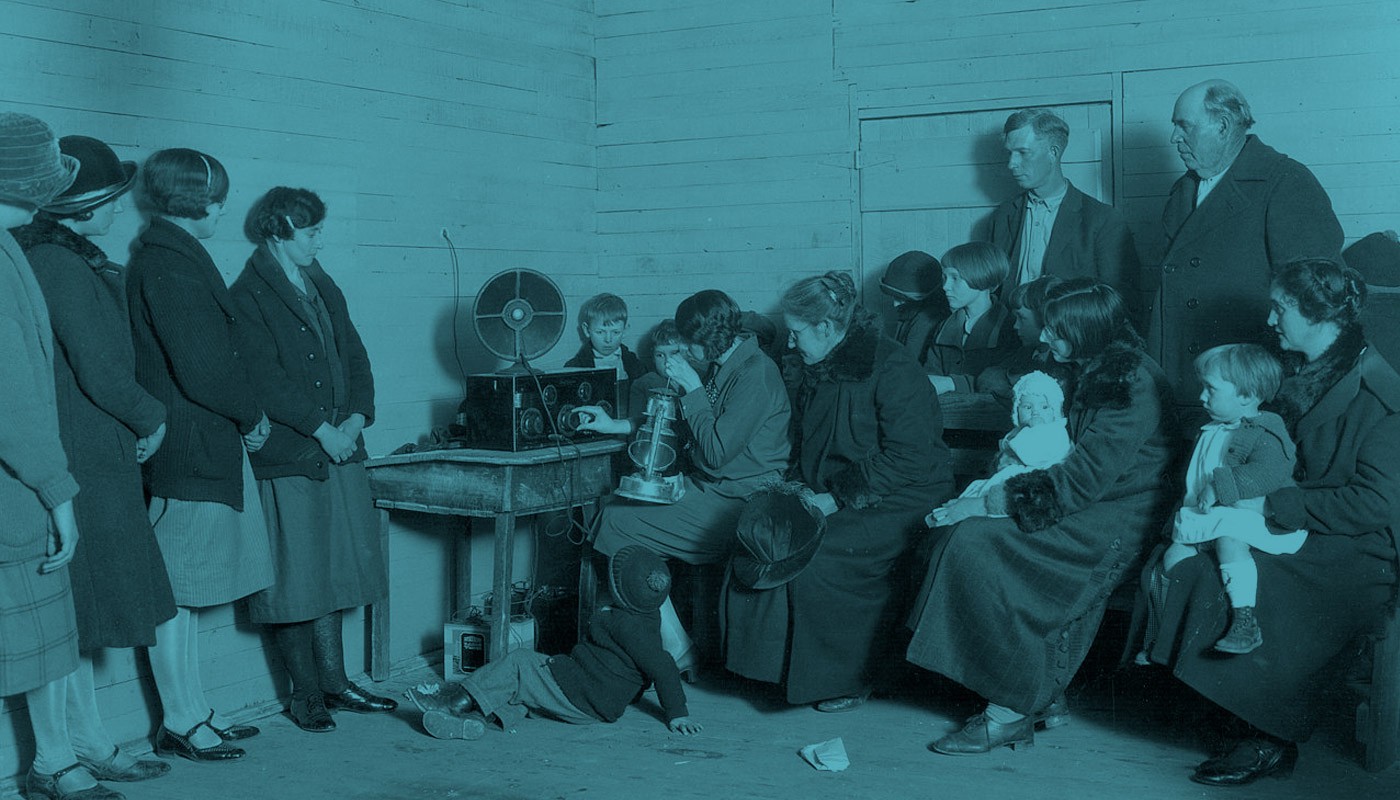 Previously, textbooks and college lectures were the only way to gain knowledge but as radio was introduced, the programmes could reach many more people – right in their own homes. In addition to educational programmes, political and social matters were discussed from different points of view. Children and young adults got a much more progressive view on society than schools provided.

Suddenly, different types of music could be heard all over the country or even the world. It helped in spreading different music styles.

In Times of War

During World War ΙΙ radio played a crucial role in informing citizens about the situation in their country and in the world. During times of war, radio was both loved and feared. Radio provided authorities with a great tool for propaganda, but it also became an important medium of resistance.

As technology got better, consumers stopped listening to traditional radio in their homes and cars. Further, people started listening to audio content across a multitude of devices, from smartphones to tablets to Smart TVs. With so much attention being paid to online services such as Apple music and Spotify, radio has lost the relevance and importance it had during the golden age.

In Pictures: Here’s how radio changed over the years-