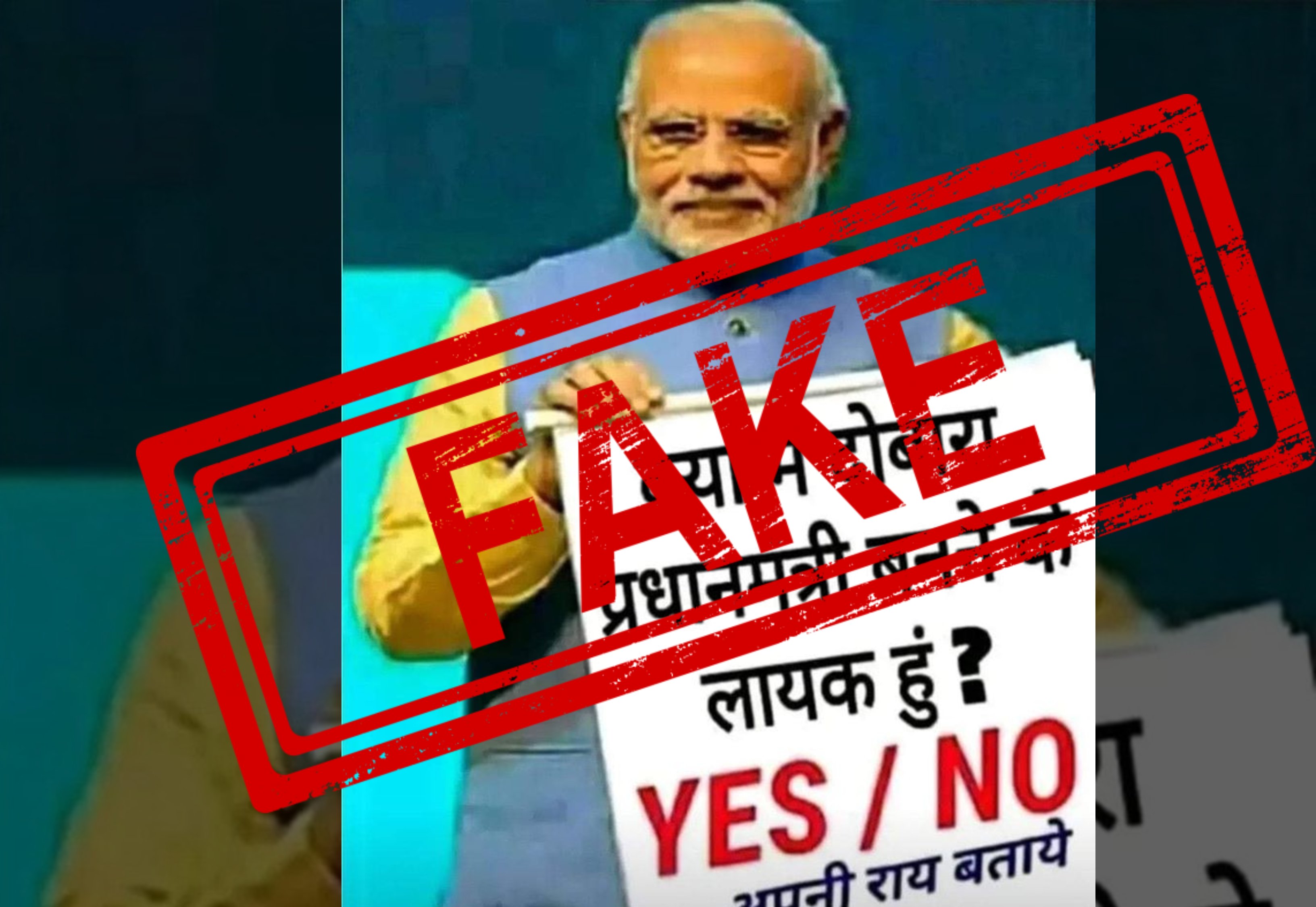 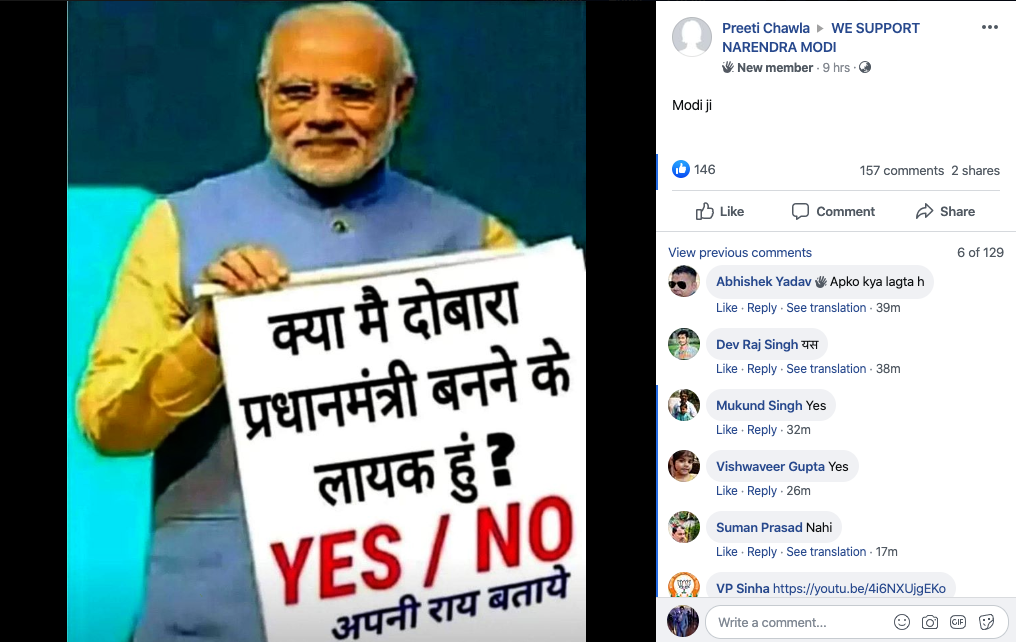 The text in Hindi on the placard read: “क्या मैं प्रधानमंत्री बनने के लायक हूँ?”
(Translation: Do I deserve to be Prime Minister?)

ALSO READ: Did Sheila Dixit say that Arvind Kejriwal can ‘sell his mother… 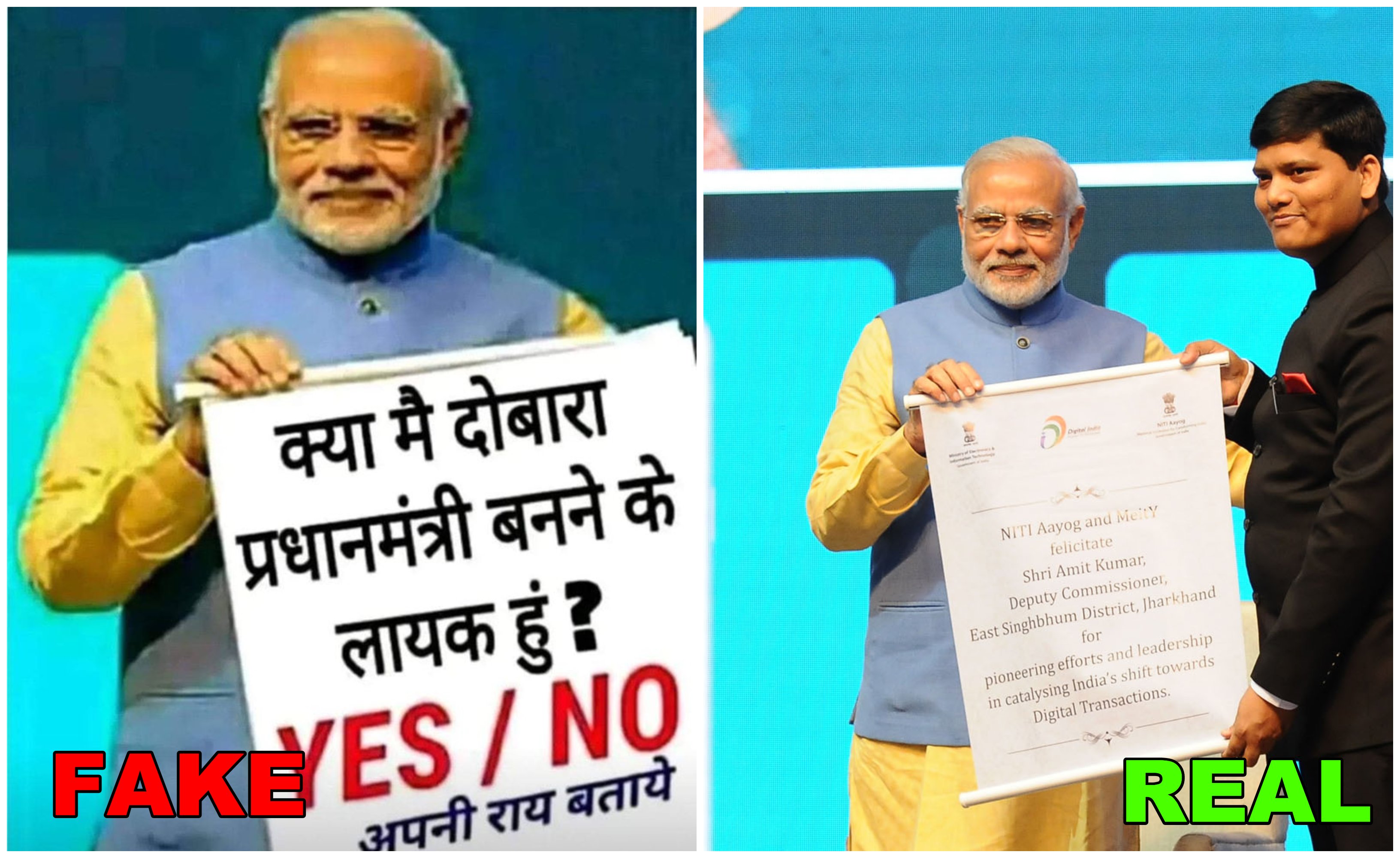